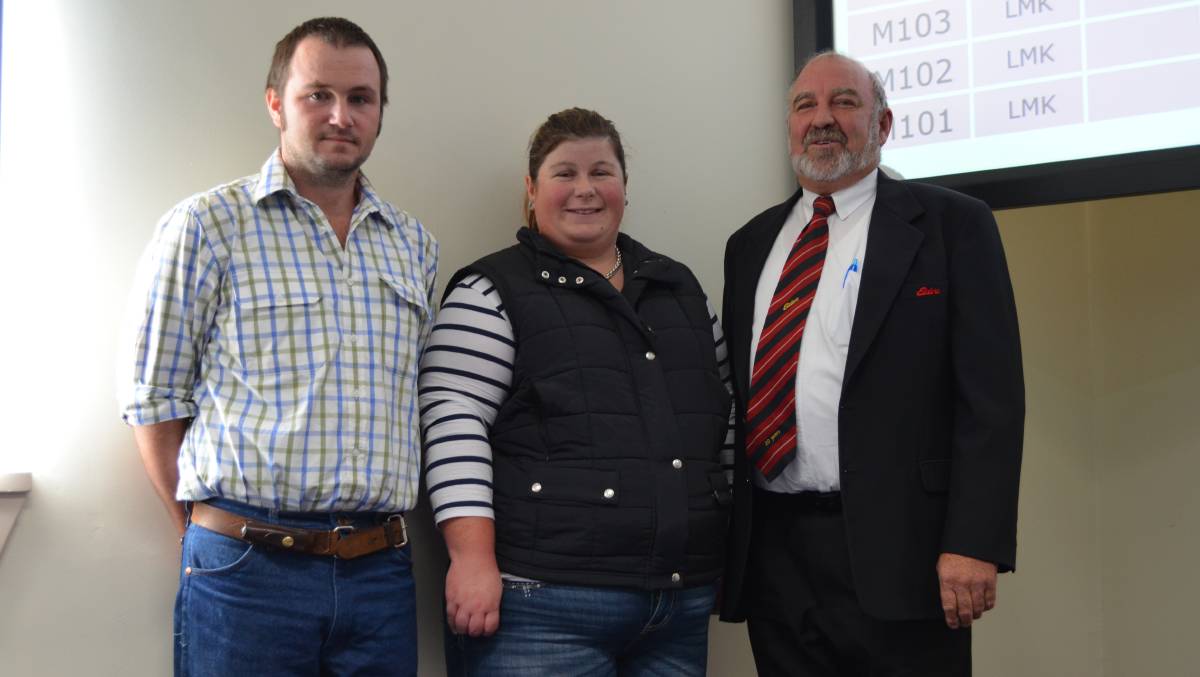 In April, Alfred Hackett, and Amy Rogers, Gelantipy, were presented a $7000 cheque from The Michael Manion Wool Industry Foundation. They are with Elder's Mal Nicholls.

The latest Michael Manion Wool Industry Foundation charity auction has raised a further $105,000, to be distributed amongst rural families in need of assistance, due to illness or accidents. 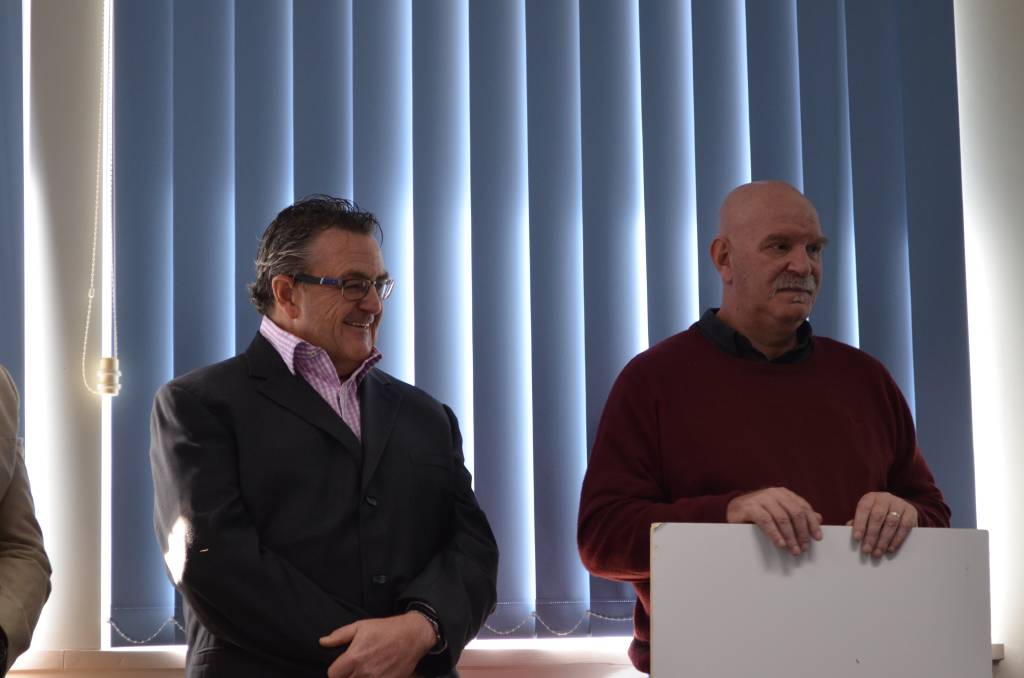 “There was something for everybody,” Mr Tenace said.

“We achieved a better than market rate on most lots, with buyers paying well above the odds for the wool.”

He said buyers were spread throughout the trade.

The foundation was established in 2015 as a ‘reach-out’ support service for rural families or children in need.

Ms Singe was born with giant congenital mleanocytic nevus, which covered a third of her body.

“This is the condition Annie has and as an eight year old she has already had 50 operations,” Mr Stock said.

The fund had raised nearly a quarter of a million dollars, since it was set up.

“We just get together as a board and if looks like it’s in our ballpark, we consider the request,” Mr Stock said.

“We say the funds are for disadvantaged families, especially children, whether they be disadvantaged by illness or some other circumstances.”

“The money goes into a foundation bank account and we assess every applicant, on a case by case basis, before we allocate it,” Mr Tenace said.

“We just need to hear from our network in the bush, brokers or anyone else, about anybody that’s in need of assistance.”

“We have approved everything that has come past us.”

In April, the foundation presented a $7000 cheque to Alfred Hackett, and his partner Amy Rogers, Gelantipy.

Mr Hackett was involved in a road accident prior to Christmas last year.

The foundation was established in 2015 to support rural families or children in need.

The Michael Manion Wool Industry Foundation was founded by friends of Mr Manion, who passed away in mid-2014, after a short battle with cancer.

Mr Manion was the founding member and managing director of Segard Masurel Australia, and initiated the takeover of Grampian Wools in 2009.

He started his career as a junior wool buyer with Mitsui, and gained further experience working for Laycock and Elders.

​The board said Mr Manion was a larger than life, gregarious person who had empathy for people.

“We really want to make a big impact raising funds for the rural community,” the board said.