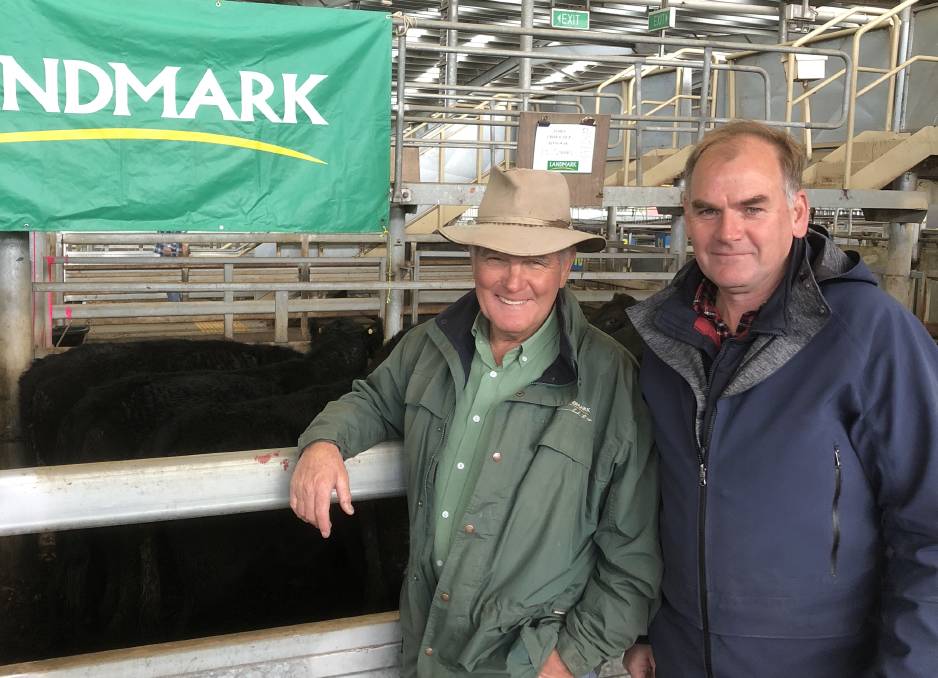 Very pleased with their results of 30 Angus steers sold over two lots averaging $1558 were Landmark agent, Ed Hams and James Erbacher of Krowera.

Quality cattle were limited and overall numbers were well back at VLE Leongatha on Thursday when a much smaller penning of 1100 store cattle met an improved demand.

Agents reporting the sale said that all cattle suitable to feed went the way of eager lot feeders while local South Gippsland restockers remained hesitant with a good portion of the winter still remaining.

Terry Ginnane Landmark said that while there was not a lot of improved interest shown for lighter weight, small cattle some grass was beginning to grow through the region.

Sales of bullocks and heavy steers yesterday at $3 to $3.30/kilogram plus a healthy rise in cow prices has certainly got our finisher eager but there is still a fair bit of the winter still to go he said. 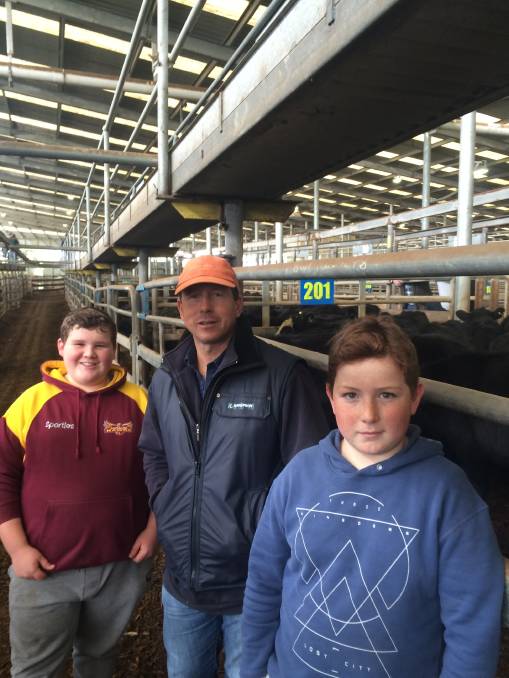 “It was not a big yarding – 715 steers, 250 heifers and a small handful of cows and calves – but of interest the feeders grabbed everything that suited” he said.

Bulleondurra, Mirrboo North sold Black Baldy steers to $1050 and a yard of 11 Speckle Parks at $940.