Quality lines of cattle held their prices at a smaller yarding, at the Colac monthly store sale.

Quality lines of cattle held their prices at a smaller yarding, at the Colac monthly store sale. 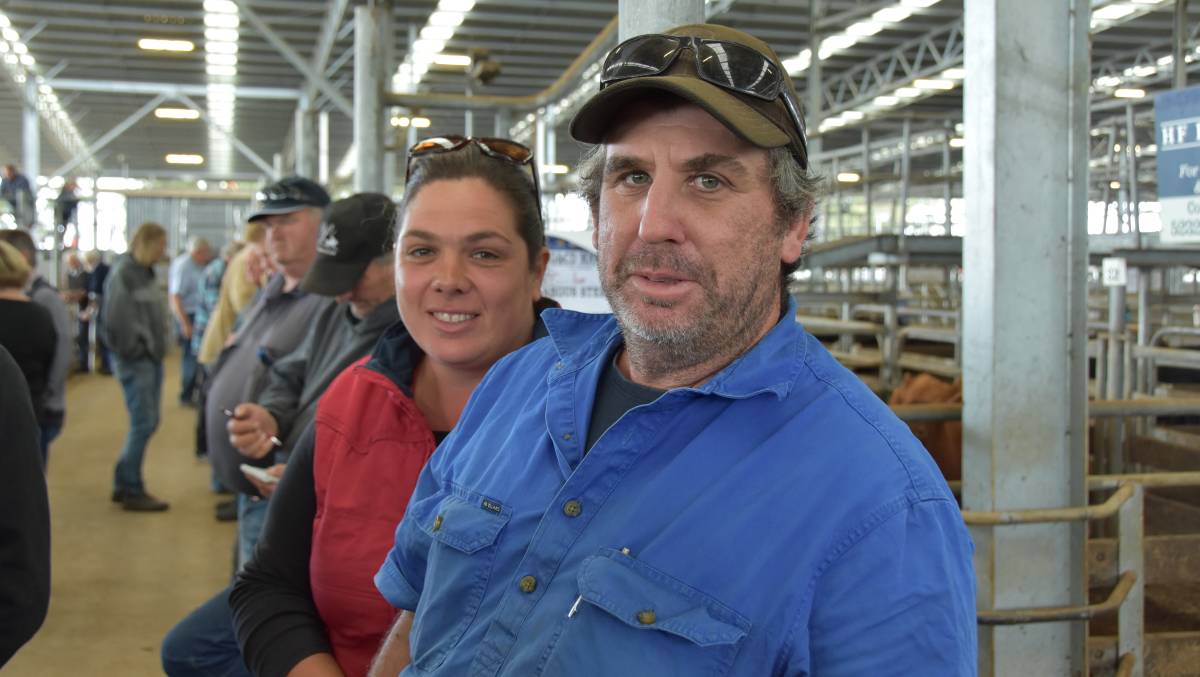 Damian and Tracy Hudson, Irrewillipe, were among several farmers in the gallery at Colac, who said they were there to check current prices. Mr Hudson said he was intending to sell at the next Mortlake market.

Charles Stewart Dove’s Phil Douglas said the yarding featured the tail-end of cattle that had been offered for sale in recent months.

“Vendors are putting them on the market because it’s dry,” Mr Douglas said.

“It’s normal for this time of year.”

He said the better runs of cattle sold well.

“It was a secondary type yarding and not a big one,” he said.

“The little calves sold quite well while the bigger cattle were not as strong as the last few store sales. But that probably reflects the season – it might have been a bit better with the prime market kicking again.”

“The heifers weren’t too bad but didn’t have the sting of our last store sale, that’s for sure,” he said.

Among the top lines of cattle were five Angus-Simmental cross steers, 14-16 months old, offered by HR and BA Beach, which sold for $1280, or 257 cents per kilogram.

They also sold another pen of seven lighter Angus-Simmental cross steers, averaging 450kg, for $970, or 215c/kg.

East Kirkby sold a pen of five Angus cows with calves at foot, to Basin and Rossander blood, for $1925.

Greg Pope, Winchelsea, said he had bought several pens of lighter cattle, to grow out.

“We’ll hopefully grow them out to 600-700kg and send them off to the abbatoirs,” Mr Pope said.

“With these small fellas it’ll take some time, but we’d like to get them up into that range.”

“We know the guy who owns them and like the breeding,” Mr Pope said.

“The idea is to take a punt and see how we go.

“We have a couple of paddocks of grass, and some hay from last year, so we should be okay.”