The upwards market movement of the previous selling week was short-lived, with the wool industry’s benchmark Eastern Market Indicator (EMI) dropping six cents, to continue what has been a fluctuating month of ups and downs.

The upwards market movement of the previous selling week was short-lived, with the wool industry’s benchmark Eastern Market Indicator (EMI) dropping six cents, to continue what has been a fluctuating month of ups and downs. 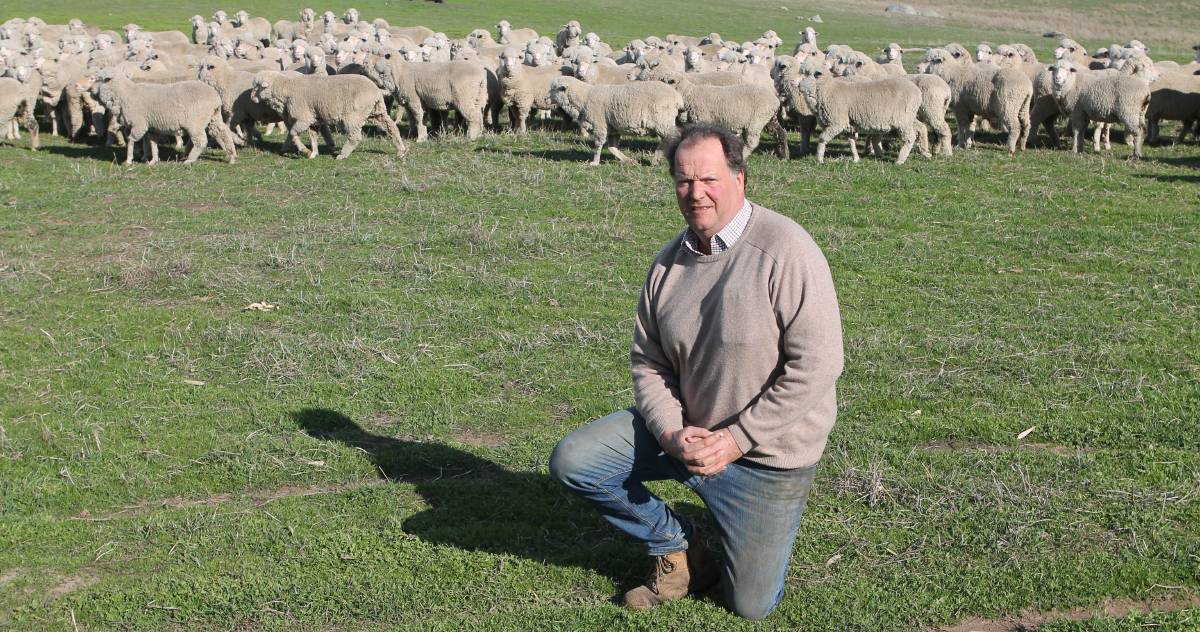 WOOL MARKET: The wool market has fluctuated in the last few weeks, causing some woolgrowers to pass in wool that would have sold at previous highs. Pictured is Redesdale woolgrower Tom James. Photo by Andrew Miller.

The market closed at 1772 cents per kilogram, which was six cents less than the previous week’s 1778c/kg.

Mecardo managing director Robert Herrmann said this was reflective of the passed-in rate being dictated by the direction of the market, rather than its current level.

“When the market comes off a bit, the passed-in rate seems to jump,” Mr Herrmann said.

“If you look at percentile charts for the last 10 years, the market has recently been almost sitting at 100pc.

“This means that woolgrowers have been selling wool at prices lower than this for the last 10 years.

“So why wouldn’t they be selling wool at these current prices?”

He said demand was weaker for faulty wool with high levels of vegetable matter or high mid-breaks, but generally the market had “never been better”.

He said this meant growers passing in wool were taking risks with the market.

“When the market is at 100pc, it’s likely to go down, rather than up, and when it’s at 0pc, it’s got a greater chance of going up than down,” he said.

“I’m not saying it’s a bad decision [to take risks], it's just that with wool never being more valuable, most growers are happy to take the current prices."

He said it is having a positive impact on the market.

“Passing in more wool takes the pressure off the market, it doesn’t force it to go down any further as the buyers have to bid up to get their orders,” he said.

“It’s a curious situation in all of my time, I’ve never seen it where stocks of wool are so low, that people can only buy wool that has only just been shorn.”

Mr Herrmann said there has been a steady decline in US dollar levels of the EMI this year.

“It now appears that the market may have found a top in January at US1430c/kg, because it has steadily declined to US1364c/kg, which is where it is at now,” he said.

“I think what it says about the market is that while it still has good demand, it’s also feeling its way at these prices.”

He said the current wool recess would only have a minor impact on the market.

“The only impact is that there’s always a little more wool that comes onto the market after a recess, but it soon settles down again,” he said.