Warrnambool agents opted for a yarding of quality over quantity at their monthly store cattle sale on Friday, March 23.

Warrnambool agents opted for a yarding of quality over quantity at their monthly store cattle sale on Friday, March 23. 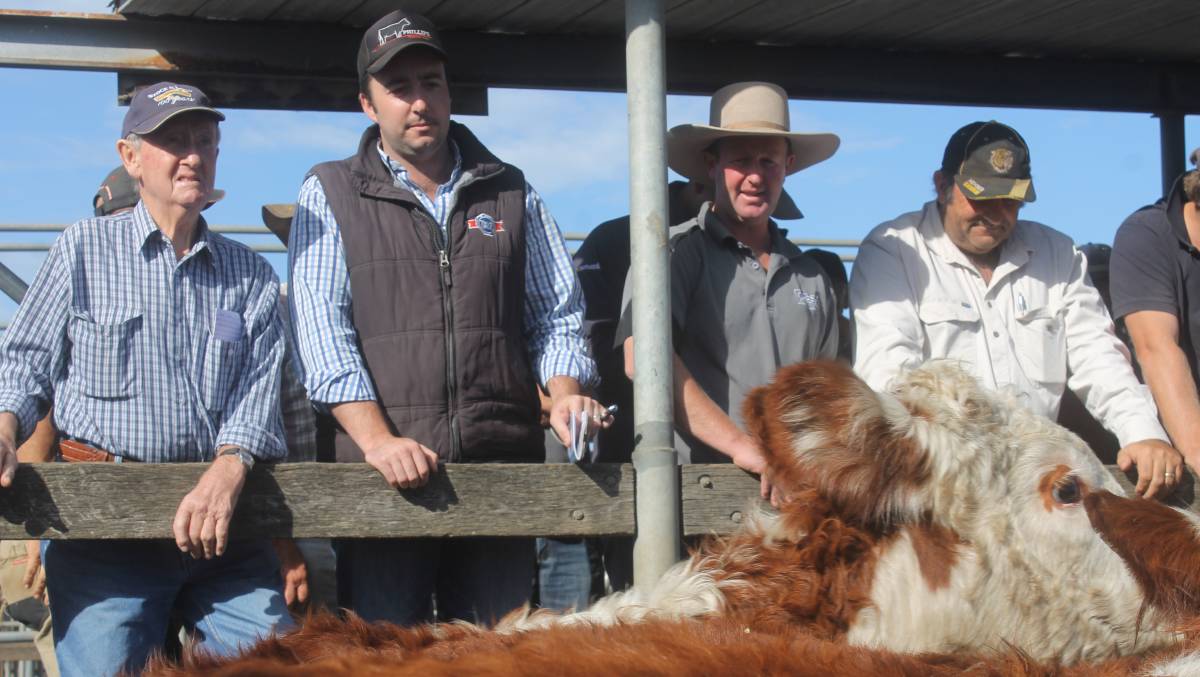 Reeling from a rain-less summer and devastating wildfires in both its northwest and eastern farming districts, a small penning of 550 head appeared adequately sufficient to deliver a solid result for those in the region still in a position and willing to trade.

At the head of the market, a half a dozen or more pens of grown steers met keen inquiry from major lot feeders and local bullock finishers.

These were snapped up by Hamilton agent Kerr & Co Livestock account Coxwell Nominees, along with a pen of eight Angus steers, 530kg, bought at 289c/kg from vendor Ben Hilton.

Teys Charlton feedlot was a major supporter of the feeder steer lines buying both steers and heifers for the longer term premium Angus market and also for the short–term domestic (Euro-cross) feeder market.

Mt Gambier, SA, agencies Scott Creek Livestock and Miller Whan John were among the few distance-travellers to participate in the significantly smaller market.

O’Halloran’s Anthony Mahony said demand for the heavier steers displaying advanced condition were priced up to 15 cents a kilogram higher than the centre’s February market.

Most of these (Angus) he said made 275 to 290c/kg while plainer and crossbred steers were priced slightly eased than the previous sale, making 260-280c/kg.

In the heifer pens, backgrounder/feeder orders from Balranald, NSW, Colac and Avoca helped swell and underpin the market demand in a price range mostly from 250 to 265c/kg.

Again heifers of all breeds with advanced weight and condition suited as short-term feeders attracted best inquiry in a solid market.

Meanwhile the display of breeding stock, although limited, produced the highlight of the market, with the sale of third and fourth calf Angus cows, calving early April, making at $2175.

The sale toppers were a yard of 10 sold by Coffey Partnership, Port Fairy to Virginia Quirk of Penshurst.