Looking at the pen cards at Pakenham, it was clearly evident that producers to the east were saying sell.

To say there is no grass in Gippsland would be an understatement. Looking at the pen cards at Pakenham, it was clearly evident that producers to the east were saying sell. 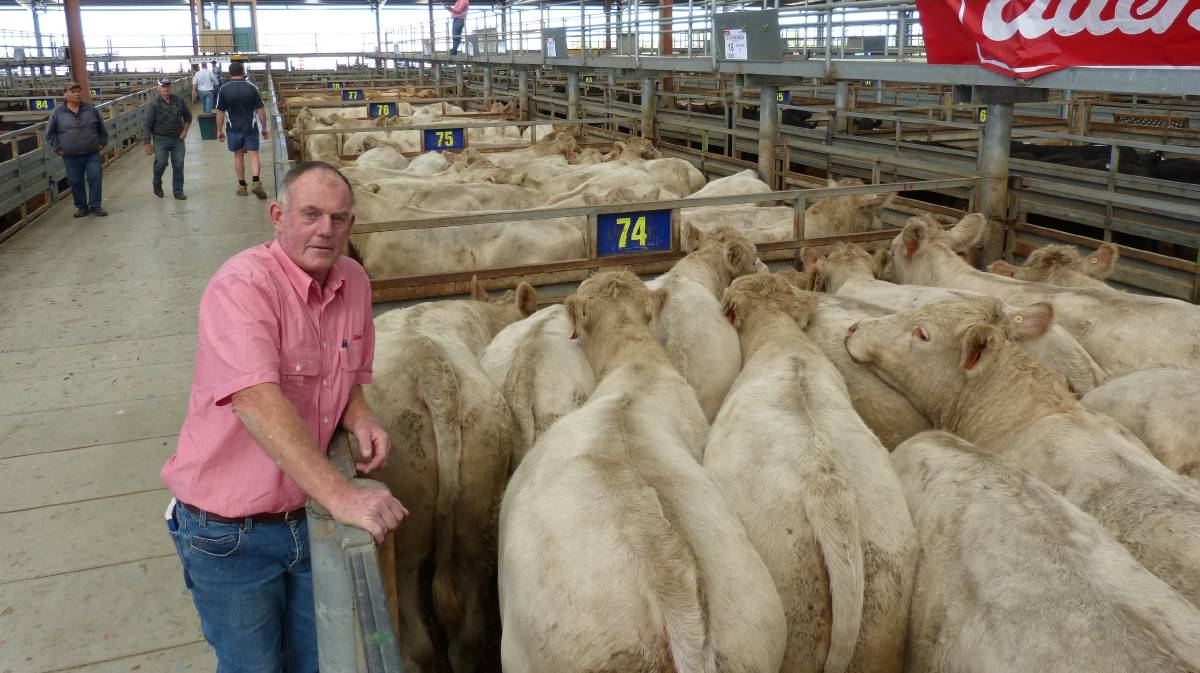 Despite the very dry conditions, many cattle presented very well, and breeding counted in a firm to dearer sale, compared to two weeks ago.

While there were fewer buyers among the much smaller crowd, Teys-Cargill purchased many of the heavier yearling steers for their Charlton feedlot, putting a floor in prices for the better quality steers. Hopkins River feedlot was also noted.

A feature of this sale was a line of 53 Charolais bullocks, Rosedale bld, which weighed 505-620kgs. Offered by DJ&HA Wigg, Maffra, they sold between $1330-$1550. Some were purchased for slaughter, some for feeding.

The dry conditions caused Mt McDonald Angus, Icy Creek, to sell 91 Angus steers of varying ages, and weights. These sold from $830-$1290, and in liveweight price terms, these sold quite well.

Repeat buyers for some breeders’ cattle created prices equal to several weeks ago.

Very good quality yearling Hereford steers, of D&C Droppert, Sale, for some unknown reason, sold to poor demand, and only made from $1000-$1060, or close to 250c/kg lwt.

These last two sales highlighted the diversity of this sale, and so does the competition for young, well bred steers.

Crossbred and Friesian steers did not sell as well.

Generally, heifers sold reasonably well with their quality being better overall, and a good variance of weight and age was available.

A good example of heifers was 56 Angus, Angus-Hereford and Charolais heifers offered by Glendale Past Co, Nilma. These sold from $980 for younger heifers, to $1000 for heifers weighing 389kgs.

Overall, there was not a lot of heifers penned.

I,L,A&J Savage had to sell some of their Angus heifers, due to the loss of fences, paddocks, and water, to a recent bushfire in the Strzelecki Ranges. These sold from $600-$850.

Cows and calves varied greatly in breeding, weight and quality.

Top of the sale were the Shorthorn cows with Angus calves at foot, of the Estate of Mrs E Draper, Wollert. This property has been sold, and the high quality cows and young calves sold to $1780.