Summary 2645 Ballarat cattle sellers were rewarded with a strong and consistent result when the central Highland’s saleyard played host to its March stor...

Ballarat cattle sellers were rewarded with a strong and consistent result when the central Highland’s saleyard played host to its March store sale on Friday. 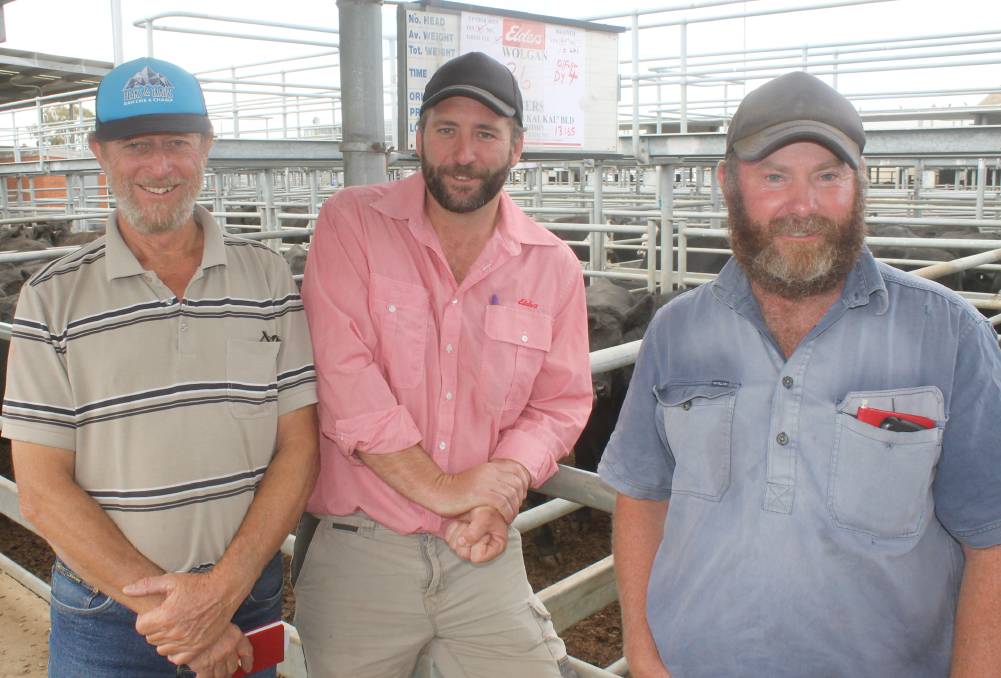 Offering a quality penning of 2640 head, an eager field of processor and lot feeder buyers along with representatives from two live export orders consumed the lion’s share of the pennings at fully firm to near-equal values.

TB White and Sons auctioneer, Tom Madden said the inquiry for feeder cattle was constant in both the steer and heifer yardings.

“If the cattle were good enough – were in forward condition and offered weights suitable to feed – then they certainly generated the interest,” Mr Madden said.

“And the prices paid were in keeping with last month’s annual sales,” Mr Madden said.

Several yards of heavy bullocks were penned at the head of the grown steer run.

A number of larger drafts that missed the annual February sales came under keen consideration.

At the head of the weaner run LS Shaw, Newlyn, sold 434kg Angus steers at $1350 while AJ Vallance, Mt Prospect, also sold his yard of 411kg Angus loaded onto the Teys Charlton truck, priced at $1210.

Backgrounders and speculators from a broad area of western Victoria took a stronger interest in the purchase of lighter weaner lines. However buying in this section was more opportunistic than the sale a month earlier, given a break in the season was still to be received.

Restockers from Penshurst, Echuca-Bendigo, Geelong-Colac, Ararat, Camperdown and Kyneton along with the local Ballarat district all secured pens from the market.