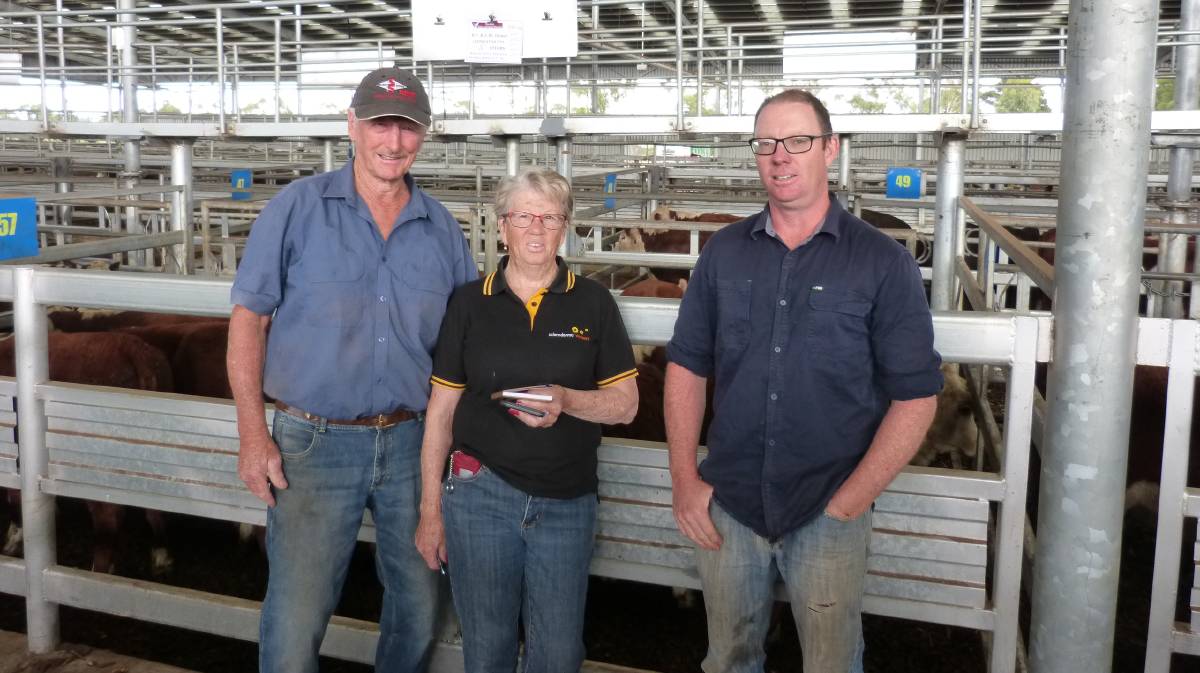 Vera and Robert Dowell, Leongatha South, were discussing the sale of their 46 Heferord steers with friend, Kevin Drislin (left), at Leongatha, Thursday.

All of Gippsland is very dry, and selling a very mixed offering of 1285 cattle to a much smaller crowd, could, and did prove to be difficult.

All of Gippsland is very dry, and selling a very mixed offering of 1285 cattle to a much smaller crowd, could, and did prove to be difficult.

This sale, Thursday, was held on the back of the Mountain Calf Sales, which sold to very good competition.

However, luck, or rather, competition was much smaller and weaker at Leongatha.

Competition was not restricted just to Gippsland, but fewer Gippsland buyers aided the cheaper market.

A small selection of heavy Angus yearling steers sold to a NSW feedlot from $1300-$1495, which equaled 253-255 cents per kilogram live weight.

Only two feedlot buyers operated throughout the sale, purchasing a select number of steers, and a few of the yearling, and younger heifers. 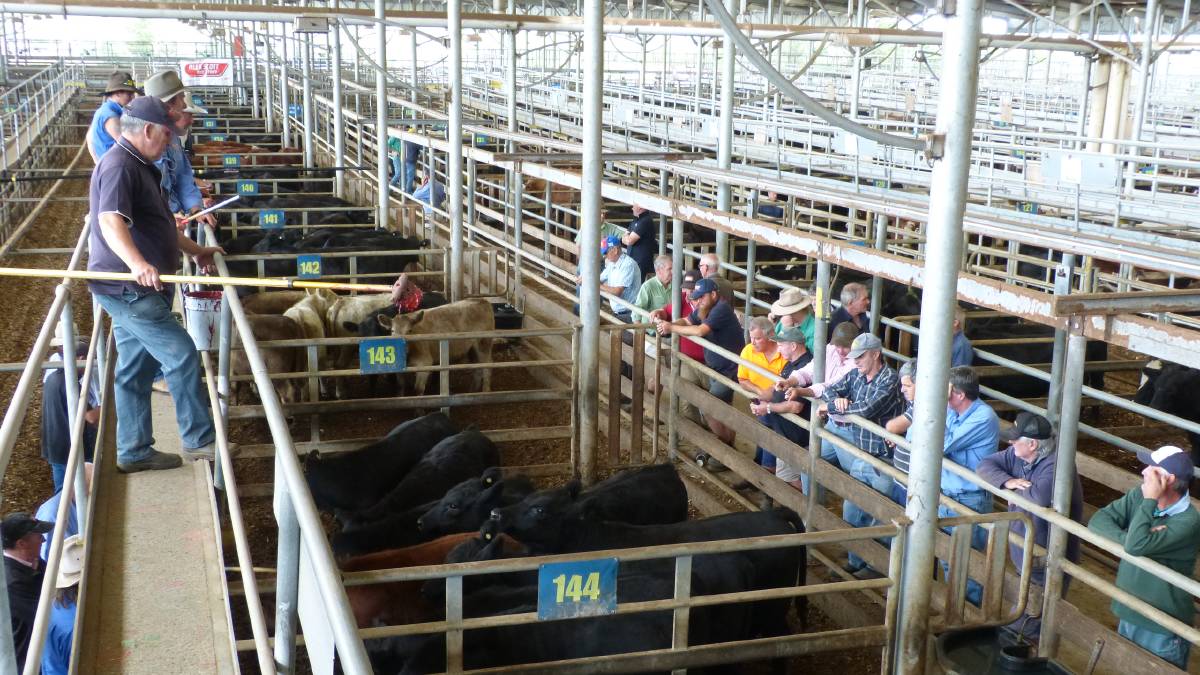 This was not all of the crowd at Leongatha, Thursday, but it does give some indication of the lack of competition at this sale. No grass, no buyers, was the best way to describe it.

One of the better sales on the day was the 46 Hereford steers offered by RF&VM Dowell, Leongatha South.

These weaned steers had been fed on silage, and were in fair to good condition, and sold from $890-$1070.

However, this was one of the better sales in a depleted sale.

MA&MH Scanlon sent 35 Angus steers from Wandong to Leongatha, and these steers ticked all of the boxes to fatten for the highest grass fed classification.

Crossbred and Friesian steers of all weights, were harder to sell.

European breeds, while cheaper, for their weight and quality did not sell too bad.

By Comparison, heifers sold reasonably well, albeit at cheaper rates.

Sheridan & Partners, Traralgon, have taken their full Angus herd to EU accreditation, and they sold 24 Angus cows, 7 years, that were the last of their non-EU cows.