Local Tasmanian buyers lifted their intensity during the first of the Tasmania weaner series held Thursday.

Local Tasmanian buyers lifted their intensity to ward off the returned competition for a live export order during the first of the Tasmania weaner series held Thursday. 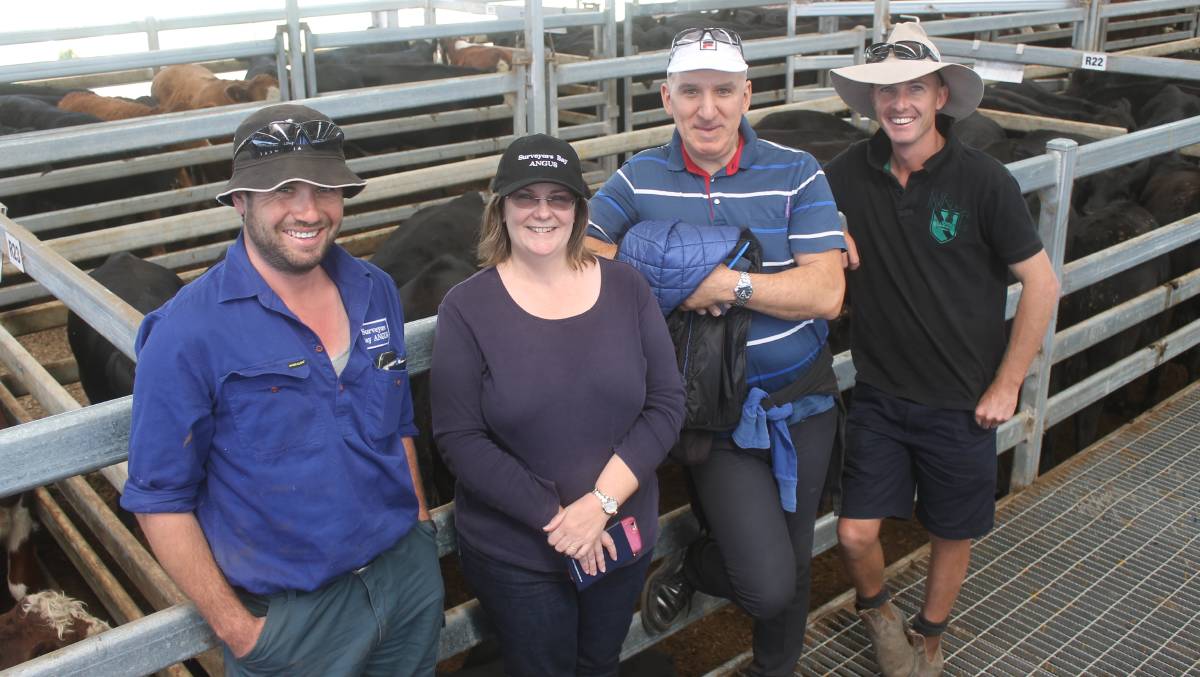 Bidding more aggressively, local operators raised bids by around $30-$50 a head resulting in a steer sale trading range of 330 to 390c/kg while heifers averaged 315c/kg.

The smaller than usual market of 1650 head, which saw the live-ex order claim about 200 steers, was conducted by Roberts Limited.

Roberts Limited northern livestock manager Nick Towns said that although prices were improved, there was not the enthusiasm among the buying field as would be expected of the first of the annual sales.

“There were not the usual feature lines present” Mr Towns said.

“A good number of the volume breeders have sold from the saleyards, and if it were not for the support of the live export order this could have been a lonely affair.”

Near the top of the first run, Graeme and Tanya Downham sold their annual draft of Sunbury Saler-Poll Hereford steers, 411 kilograms, to the market top of $1270 per head, while their second yard, 360kg, made $1220.

The official report, by NLRS, said most of the supplied cattle came from the northeast, northern Midlands and Southern areas of Tasmania, while buying interest was mostly supplied by northwest coast restockers, a local processor and a live export order returning from the previous monthly sale.

The service said strongest support was apparent for the heaviest calves in the market that made from $970-$1270/head, and found average sales of 330-335c/kg.

The next Tasmanian weaner sale, conducted by Elders, is Thursday, March 15.