While it is very dry across all of Victoria, competition was strong for all classes of cattle at Mortlake. 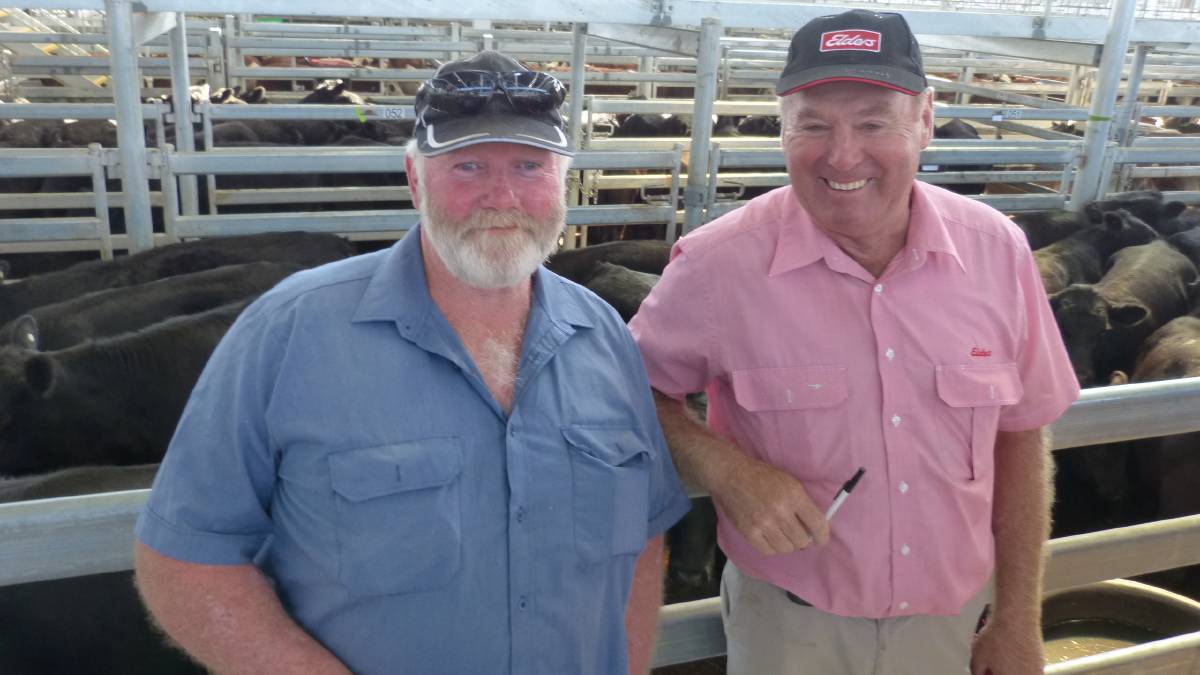 This was despite a much larger than anticipated offering.

Included in this yarding were several drafts of cattle that had been on agistment around the district.

Some of these were in plain store condition.

There was a large crowd with many just observing.

That saw feedlot buyers dominate the buying throughout the sale.

All weights were sought with processors buying heavy and medium weight steers.

The sale was also well supported by buyers from Wangaratta and down to South Australia.

Thrown into the mix too was live export competition. All sections made purchases.

At the very light end of the calves were 134 Angus bull calves, which had been drafted off a large line of Angus cows.

These were sold last in the day.

Given they were very light, this was an excellent outcome.

In between these and the older weaned steers were several pens, mostly Angus steers, that sold between $770 and $880.