A LIVE export order was a welcome addition to the buying gallery at the Colac store sale on Friday.

A LIVE export order was a welcome addition to the buying gallery at the Colac store sale on Friday. 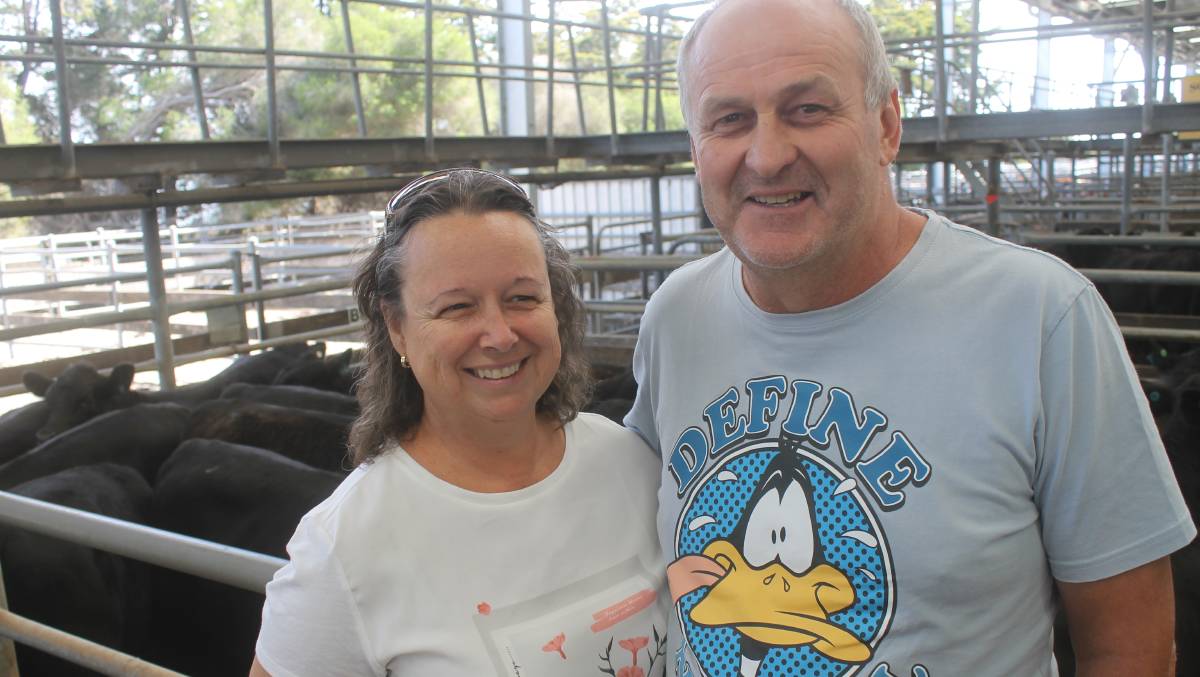 Water and feed had rapidly disappeared from local paddocks, especially over the past month, and many would-be restockers were awaiting the outcome of the weather in the lead-up to Easter.

“The springs are running everywhere,” Mr Douglas announced before the sale.

“It’s sign a change in the weather is on the way, and the cattle market will turn when it arrives.”

A feature line of Geoff Coverdale’s Angus steers, South Purrumbete, were eagerly sought by local interests, with the tops weighing 350kg, and selling at $1200, while a second yard, 321kg, made $1140.

It bid on yards of all breeds, while two Ballarat opportunity feeder orders focused mostly on Euro-breeds.

However most of these purchases were taken from yards containing mostly less than 10 head.

Most other heifer sales were made upwards of $790, and included South Purrumbete Angus heifers, 321kg, which sold at $910.

Unmated, these made $2140, while Warravale also sold Charolais-Angus cows- third calvers, with young calves, for $2000 per outfit.