KYNETON agents could muster merely 280 cattle for its end of summer store market held on Wednesday. 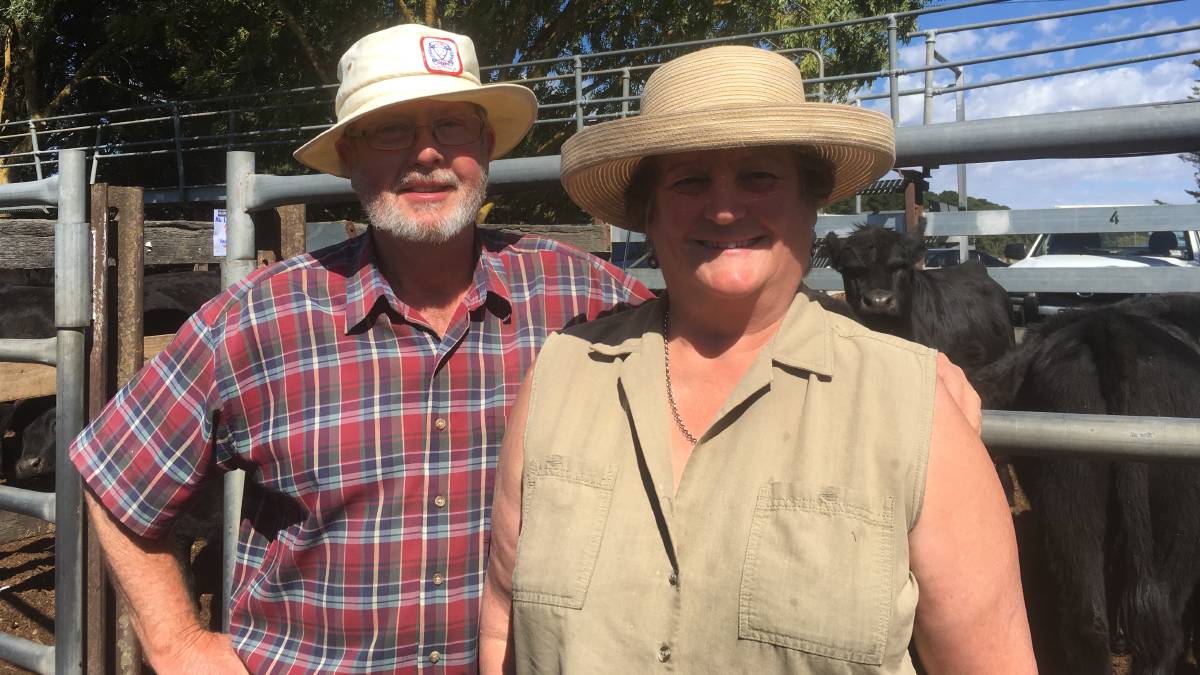 The small penning contained 41 cows with calves at foot, 100 head of grown and weaner steers, 100 unjoined heifers along with a handful of joined cows.

However due the light supply, a good attendance of local restockers saw plenty leave empty-handed, including two feeder orders that were unable to participate.

“We had plenty of buyers but not enough cattle to sell ‘em,” Kieran McGrath, McGrath Rodwells Livestock said.

“The result was good and it would have still been good had we had 1000 cattle to sell,” Mr McGrath said

“Conditions locally are seasonally dry as one would expect emerging from summer. But there is a tinge of green following a summer storm about a month ago and people are confident to buy and conversely those with cattle are confident hold in anticipation of an early break.”

Mr McGrath said best sales in the steer penning topped at $1260 a head.