Quality could not be faulted in the Wodonga agents F1 female sale, Wednesday, January 17. 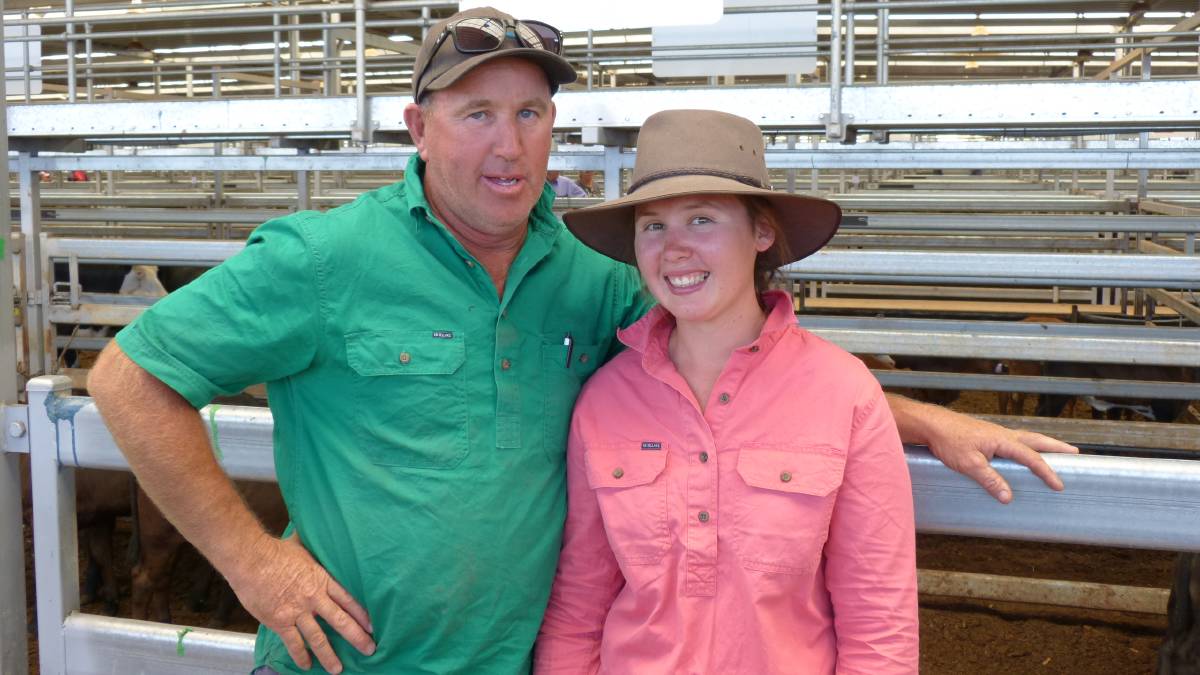 Quality could not be faulted in the Wodonga agents F1 female sale, Wednesday, January 17.

Only a small offering of 132 calved-females, 184 PTIC heifers, and 60 unjoined heifers, were presented to a small crowd.

As the past few years have gone, fewer dedicated vealer producers have held onto this prime market, of European cross vealers.

However, dedication still exists among the producers selling, Wednesday.

Gino and Rita Mizzi, Genrik Park, Benalla, continue to produce a very good article, and they were awarded with the markets top price.

Hereford-Friesian heifers were again the preferred choice for some buyers, which saw Genrik Park heifers, 2.5 years, with Limousin calves at foot-2-6 weeks, sell to $2625. Their prices started at $2200 for Hereford Friesians, and a pen of 10 Angus-Friesian heifers sold for $2150.

Not taking away from any of the vendors, the majority of the offering was mostly outstanding.

It is fair to say that numerous pens of 2.5 year old heifers weighed in excess of 600 kilograms with the heaviest pen over 700kgs liveweight.

Charlock Partnership, Charleroi, sold 7 Angus-Friesian heifers, with Limousin calves, for $2425, and their Hereford-Friesians made $2600.

Moving onto PTIC heifers, again mostly 2.5 years, and in calf to Limousin bulls, competition was quite good.

Not all of the joined females were heifers.

These slightly older cows were in their working clothes, after rearing their previous calves.

Selling to the best competition were 14 Angus-Friesian heifers of A&K Kirley, Dederang. Their top pen sold for $1010.

Some heifers were a shade younger, and not in quite as good condition, and prices ranged from $760-$980 for the balance of the small offering.