Elders put through nearly 4000 weaners at its 31st Yea Blue Ribbon sale, with auctioneer Morgan Davies saying it could have been the agents’ biggest ever offering.

Elders put through nearly 4000 weaners at its 31st Yea Blue Ribbon sale, with auctioneer Morgan Davies saying it could have been the agents’ biggest ever offering. 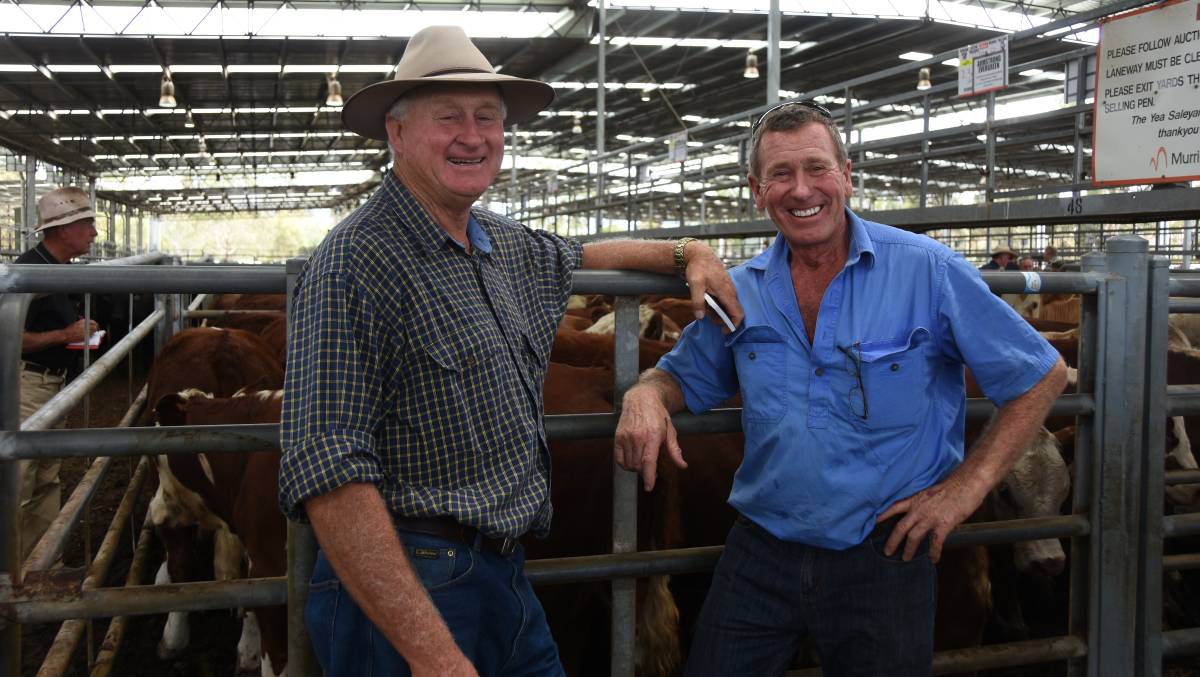 With a total yarding of 3923, Mr Davies said numbers swelled, even as the cattle were being yarded.

“It’s the middle of summer and I think people are happy to have cattle off the farm and money in the bank,” Mr Davies said.

Ryan Sargeant, Elders, said heavy steers sold from anywhere between 310 cents per kilogram to 320c/kg, with middle-weight animals, from 320-380kg, selling for up to 340c/kg.

“That was a very heightened price, on what we thought it would be,” Mr Sargeant said.

“Our Euro run sold really well, we had a lot of weight in our Euro calves this year, and they were a touch over three dollars for the 310-320kg.”

Mr Sargeant said a tough winter, with sporadic rainfall, was followed up with a good spring.

“We had a lot of competition from restockers and breeders, chasing really well bred heifers, so they could have been anywhere $3.10 to $3.40 depending on quality,” he said.

Box Hill’s Michael Spagnolo acknowledged the market had eased from last year’s sales, but said that “had to be”.

“Last year was just so exceptional, I don’t think you will see that again, for a long, long time, but I am happy with what we got today,” Mr Spagnolo said.

“Everyone will make something out of this, with a bit of luck.”

He said the Yea property had a “really tough start” with a very dry winter, with not much growth until late spring.

“It wasn’t really cold, but it was just a long, miserable winter, so they have done exceptionally well, given the conditions they started with.”

The Spagnolo’s were one of several local breeders with big drafts of cattle, selling 130 steers and 67 heifers.