ELDERS and Landmark had the last say at Barnawartha, offering the last of the 2017 autumn drop steers and heifers, Friday.

ELDERS and Landmark had the last say at Barnawartha, offering the last of the 2017 autumn drop steers and heifers, Friday. 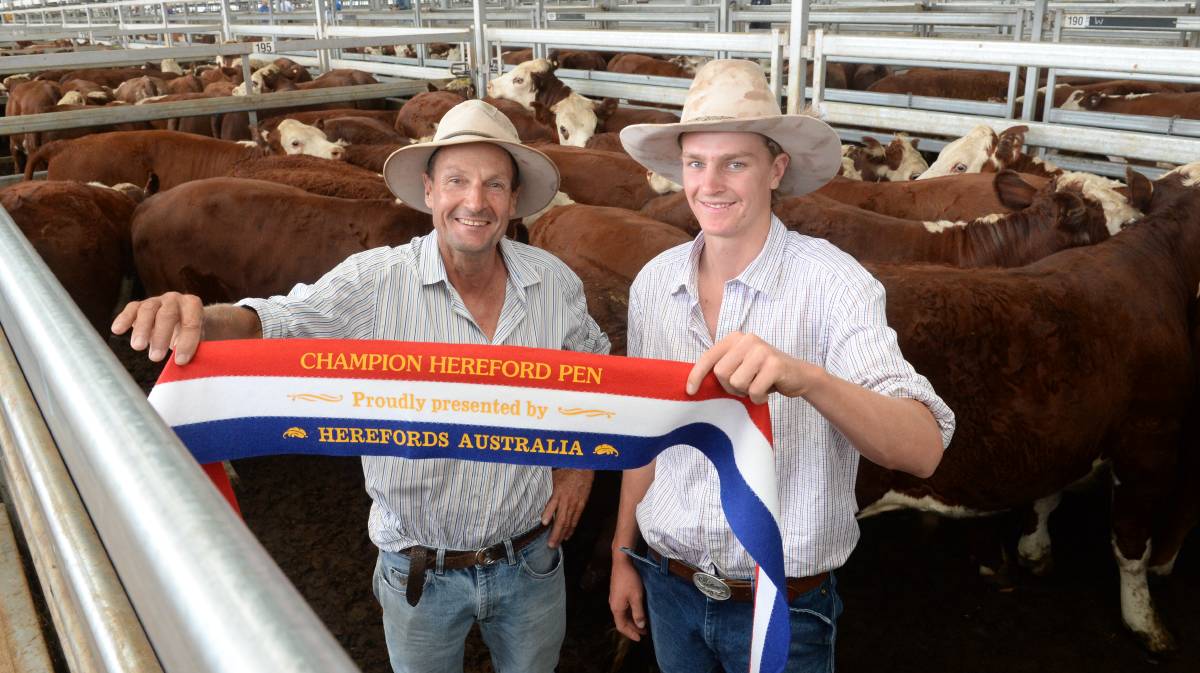 Feedlot competition was very strong for all of the yearling steers, producers not getting a look in at all.

Popular to a number of potential buyers were the 51 Angus-Shorthorn steers of G&S Bawden, “Kilchamaig”, Mountain Creek. Five of these were heav steers, selling for $1430, the balance were younger, and sold from $1115-$1225.

Moving on to Sleigh Past Co, who sold weaned Hereford steers from their Jerilderie and Ruffy farms. Presented the sash for champion Hereford steers, these 126 steers sold from $1065-$1270.

Many vendors, and much good quality followed on from these, but a couple of pens stood out. G&M Wood, George’s Creek, sold a top quality pen of Limousin-Angus steers, 414kgs, for $1260.

Demand was strong for most of the heifers, especially feedlot competition for the many European breeds. Emu Park Past Co, Deniliquin, sold a pen of Yarram Park bld heifers, 432kgs, for $1240, the top heifer price.

Not all heifers could be the heaviest, nor the best quality, although many were in good condition. A small number were purchased for slaughter, but most went to background, or grain feed. Most sold upward from $920.

To finish off, “Delta”, Jerilderie, sold 132 Charolais steer calves, and 91 heifers. There was no distinction between the sexes, as all sold between $710&$860. Straight off mum, these quality calves were not weighed but sold very well.