Prices at the Euroa weaner sale were on a par with those seen at other centres, according to Wangaratta Landmark agent Daniel Fischer.

Prices at the Euroa Blue Ribbon weaner sale followed the trend of those seen at other centres, according to Wangaratta Landmark agent Daniel Fischer. But he said it had been the first time in “a long time” that agents had seen cattle selling for under $1000.

“Based on last week’s sales, the heavy cattle were on a par – generally the heavy calves made from 300 to 315 cents/kilogram, with the medium weights making 330c/kg,” Mr Fischer said.

“It fell away in the lighter end.

“It’s been a long time since we have seen cattle under $1000, there were not a lot, but certainly a lane or two.”

He put that down to weight.

“There were a lot more lighter calves here, than presented in last week’s sales, but its been a long time since we have seen the opportunity to buy cattle at $850-900.” Bob and Jean Duff, Duffields, had a successful day at Euroa, presenting pens of Riga and Nublax bld mixed sex weaners, to top at $1235.

Mr Fischer said Harmony Agriculture and Landmark were very active in the sale, for “anything with a bit of weight in it.

“There is certainly a price premium for blacks at the moment, being from the two main buyers, but the restockers took up the slack on the other cattle,” he said.

The heavier end of the Herefords made between 290-300c/kg, “which puts them very well in line with what Hamilton and Casterton did.” 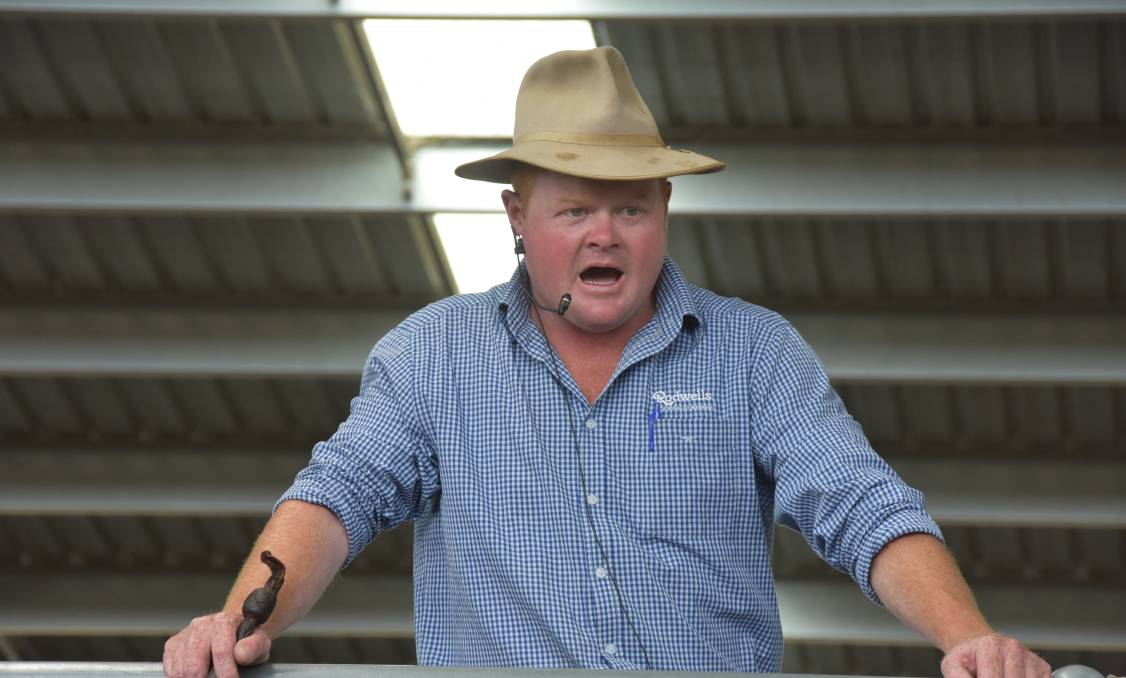 +7
There was a yarding of just under 2000 weaner steers and heifers at the annual Euroa sale.

Elders’ Joe Allen the sale was “a bit off the pace, compared with last year.

“The prime market had affected that a bit, as well,” Mr Allen said.

“There’s a lot of weaners on the market, in this area, with some big offers coming from around Yea, so it’s probably around where it was going to be.

“The better quality heifers were not as erratic, selling to 330c/kg to breeders.”