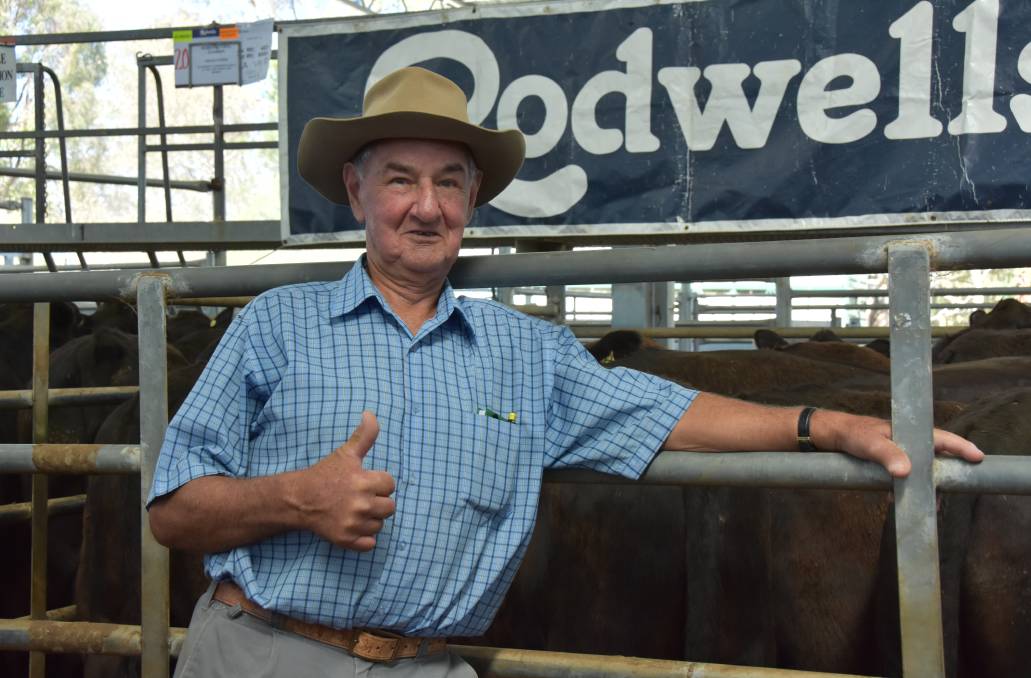 GOOD SALE: Ian Purcell, Jarramarumba, was pleased with the price he recieved for his first pen of Angus weaners, at the Upper Goulburn Rivers Classic, annual weaner sale.

“They were a top line of cattle, and we are very pleased with what’s come out this year, what’s been produced,” producer Philip Webb said.

“We had a fair downpour in December, the year has finished quite well, while we thought it was going to dry off a bit quickly, that turned around when those rains came.”

He said there was excellent weight in the cattle presented.

“They have been a really good line of cattle, a good spread of cattle.”

“We held onto our cattle, because we had plenty of grass, so it’s really made a good season out of it,” Mr Purcell said.

Recent rain had also brought up some green pick.

“Prices have dropped off, but now its coming back a little bit. This is a very good line up of cattle.”

Rodwells Yea’s Adam Mountjoy said he was very happy with the sale, with good prices holding through the middle run of cattle.

The leading heifers also achieved around $1200.

“The mid-run of heifers was very pleasing, with the majority making north of $900,” Mr Mountjoy said.

Most of the cattle went to Gippsland, although commission buyers “put a solid floor in the market” and local restockers were trading out of bullocks, and picking up weaners.

“The steers kept up to where I anticipated they would be and some cattle went or a little bit better than what I thought,” Mr McCormack said.