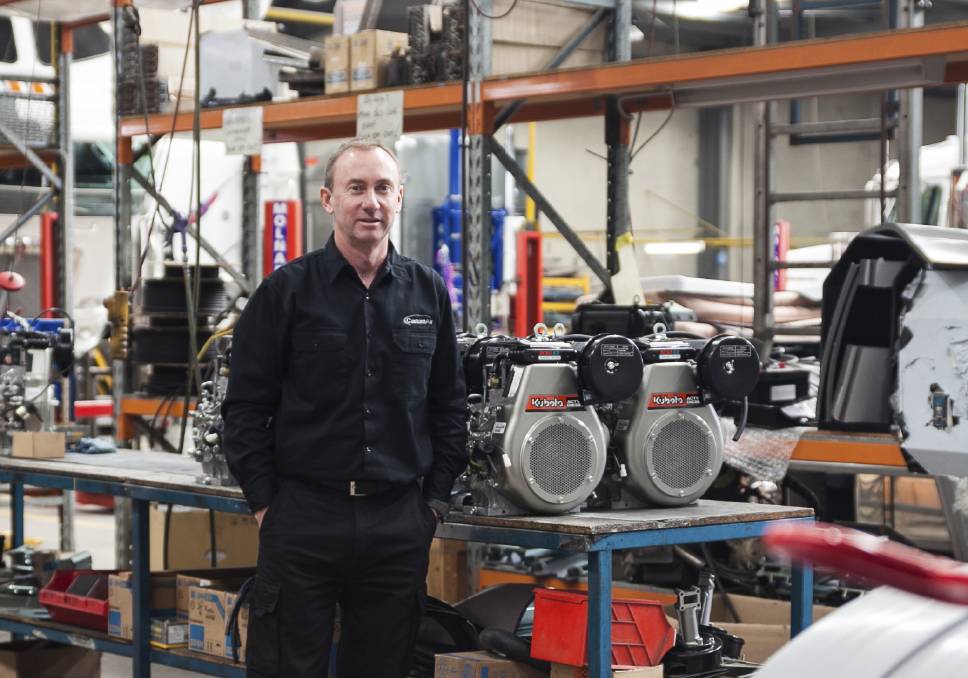 Mark Powell of CustomAir is loyal to Kubota through and through.

Advertiser content: Why CustomAir’s Mark Powell is loyal to Kubota through and through.

MARK Powell seems to have made a habit of achieving what he’s set out to do.

When he wanted to leave school at 15, his mum said he could if he found himself a job. So he did, repairing radios in North Melbourne.

At 18, during an interview for Auto Track, a car repair and car air conditioning company, he was asked where he saw himself in 10 years. He said self-employed.

The interviewer laughed, but he got the job and pretty soon he’d forged a reputation for building compressor brackets on earth moving equipment – often travelling long hours to work on site across Australia. He also met his future business partner, Shane Jones.

A few years later, in 1992, Mark and Shane decided it was finally time to have a go at building their own business and so CustomAir was founded.

The pair initially worked out of a mobile workshop created on the back of a truck. This involved custom designing, building, fabricating and installing air conditioning systems for heavy vehicles like earth-moving, locomotives and fork truck equipment, largely on site.

The hours were long and the learning curve was steep but the business soon took off. They secured a corner in a Campbellfield factory from one of their customers. After six months they’d grown from strength to strength so they had to move next door to house their operations.

“I don’t like relying on other people,” Mark says.

To ensure their business was a success, Mark and Shane set about learning their craft from the ground up; teaching themselves wiring, welding, cutting and plumbing, sheet metal work, working fibreglass and engineering – anything they needed to do the job right.

Mark takes his market research very seriously. So he took it upon himself to work as a truckie as a ‘hobby’ so he could really speak the truckies’ language.

“But it allowed me to get to know the job inside out – from oversized loads to earth moving, to fridge vans and balancing the log book. I understand what these guys have to go through.”

With that kind of dedication, it was perhaps inevitable that word would spread. 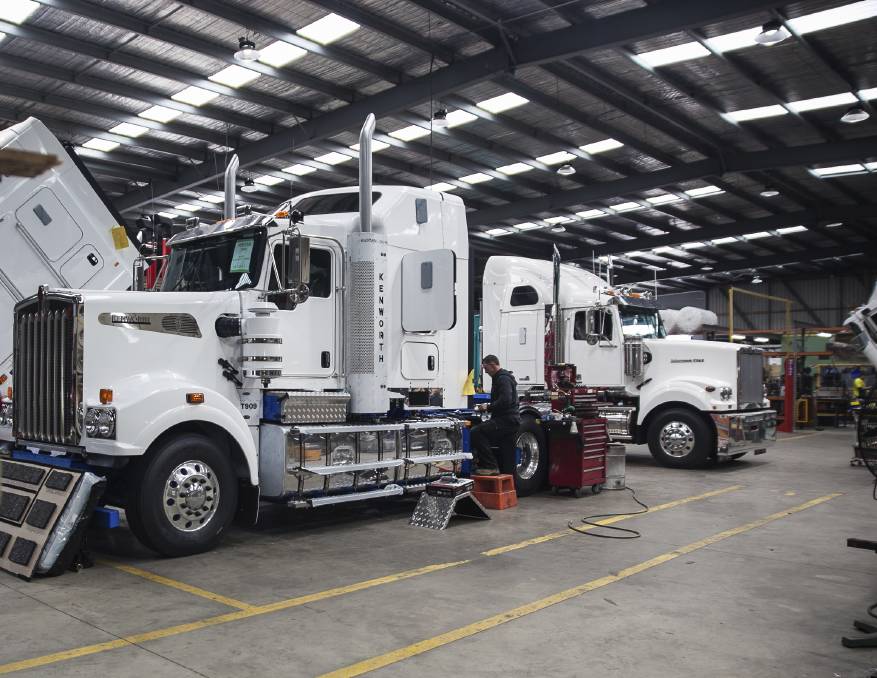 CustomAir have a flexible working space to ensure all jobs, no matter how great or small can be executed under the one roof.

The business grew and in 2004, CustomAir moved to its current 2000 square metre facility in Cooper Street, Somerton.

The trucks that CustomAir now build are considered showpieces, with all the bells and whistles. Along with their air conditioning, CustomAir undertake full interior cabin fit outs including trimming, fridge layouts, diesel heating and more.

“We want the process for our customers to be as easy as possible,” Mark says of his business philosophy.

“Our motto is, there’s no problems, only solutions”.

Along the way, Kubota was always there to lend a reliable helping hand. 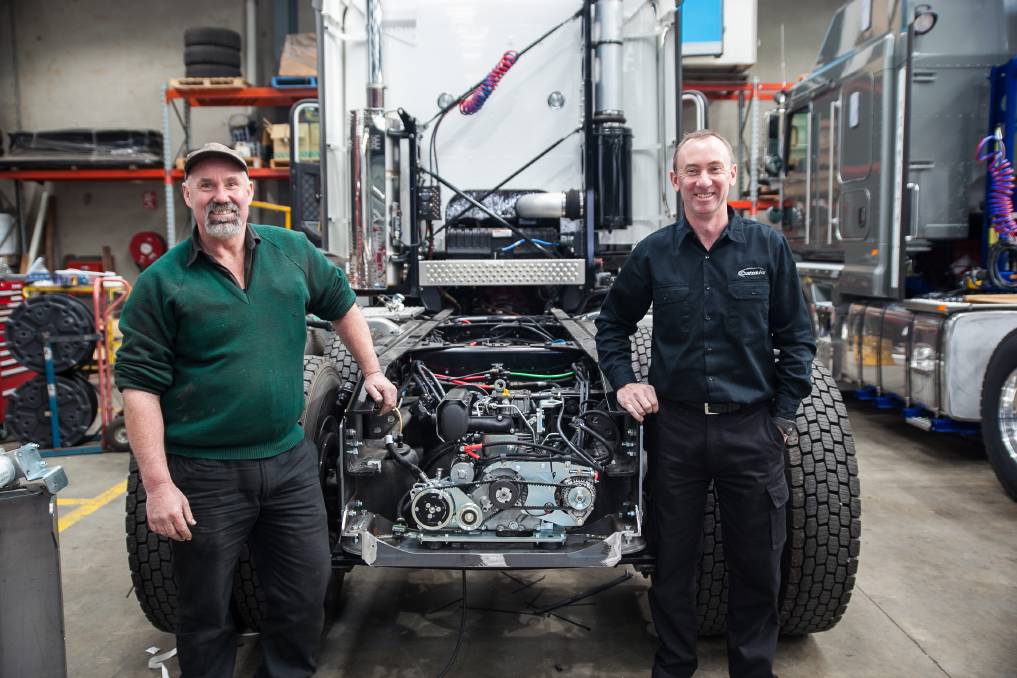 BRAIN POWER: The founders of CustomAir; Shane Jones and Mark Powell bring together a unique set of skills.

Before CustomAir came up with an alternative, truckies were sleeping in fibreglass boxes and just dying from the heat in summer.

There were a few poor quality evaporative coolers on the market – but Mark and Shane were sure they could do better.

They came across an electric powered refrigerator unit at a European trade show and brought it home to test. However, European drivers tend to travel during the day and sleep during the night so it wasn’t up to coping with the scorching summers of Down Under.

Facing this challenge, they decided to build a more powerful unit adapted to Australian conditions.

“That’s when we looked at Kubota and got hold of an engine,” Mark explains.

“I’d meet a few blokes for breakfast at a nearby cafe before work every day and one of the guys that used to come in was a Kubota OEM, Gary Pertott,” he adds.

The rest, as they say, is history

When dependability’s important, get a Kubota.

The unique set of engines combine the compact and lightweight features of an air-cooled engine together with the low noise, durability and cleaner emission of a water-cooled diesel engine. 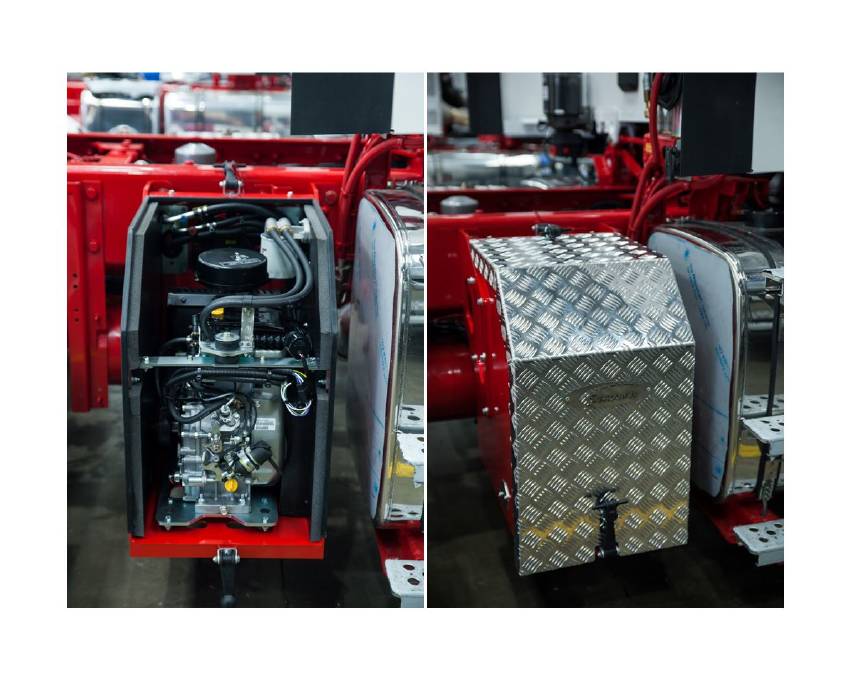 MASTERY IN THE MAKING: The air conditioning unit mounted and covered.

Their choice has paid off, having evolved into Australia’s leading designers of automotive air conditioning systems thus taking the trucking industry by storm.

“We’ve had other companies give us a couple of engines gratis, because they realised we were using a lot of product.”

“But we’ve chosen to go with Kubota exclusively – they’re good, they’re reliable and they last longer than the competition.”

“We were also looking for a reliable name and a support network,” Mark adds.

“We’ve had Kubota engines that have gone twice the life we’d expect, so why mess with something else that just doesn’t cut it?” 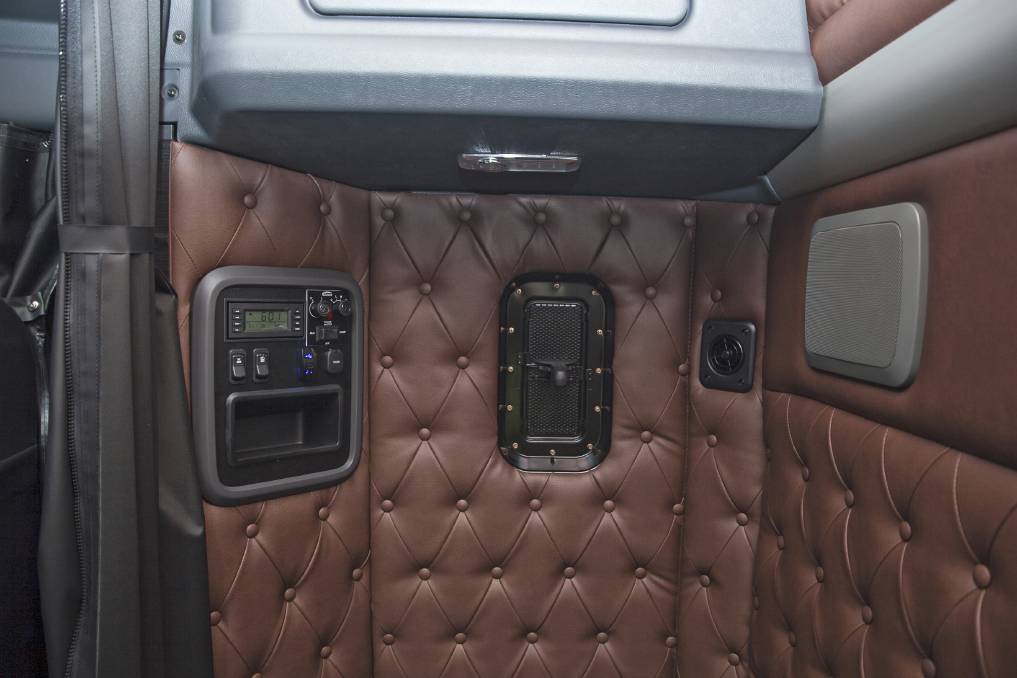 COOL SPOT: A view of the CustomAir air conditioning inside the truck cabin.

CustomAir uses Kubota OC60 Series engines to drive their air conditioning and charging systems but they also provide other safeguards for truckies like monitoring the battery as well as providing back ups.

“If your truck alternator fails, you can use the auxiliary Kubota engine to keep working,” Mark says.

“And if you’re waiting to unload, instead of using the main engine you can use the Kubota-fuelled auxiliary engine to keep yourself cool or keep the cooler going while you’re unloading on a hot day so it’s all cool for you when you jump back in.”

“We’ve even put a switch under the driver’s seat so you don’t have to climb in and out of the sleeping cabin to put on the air conditioning,” he continues.

“We’ve had a great run with Kubota. If dependability is important to you, I’d recommend one,” he advises.

“They’re also easy to service – it only takes around seven minutes to change the oil, and access is really easy – which is important.”

“Needless to say, we’re pretty biased towards Kubota,” he concludes with a grin.