Ballarat store cattle provided buying opportunities among an overall equal to easier demand to close out selling for 2017. 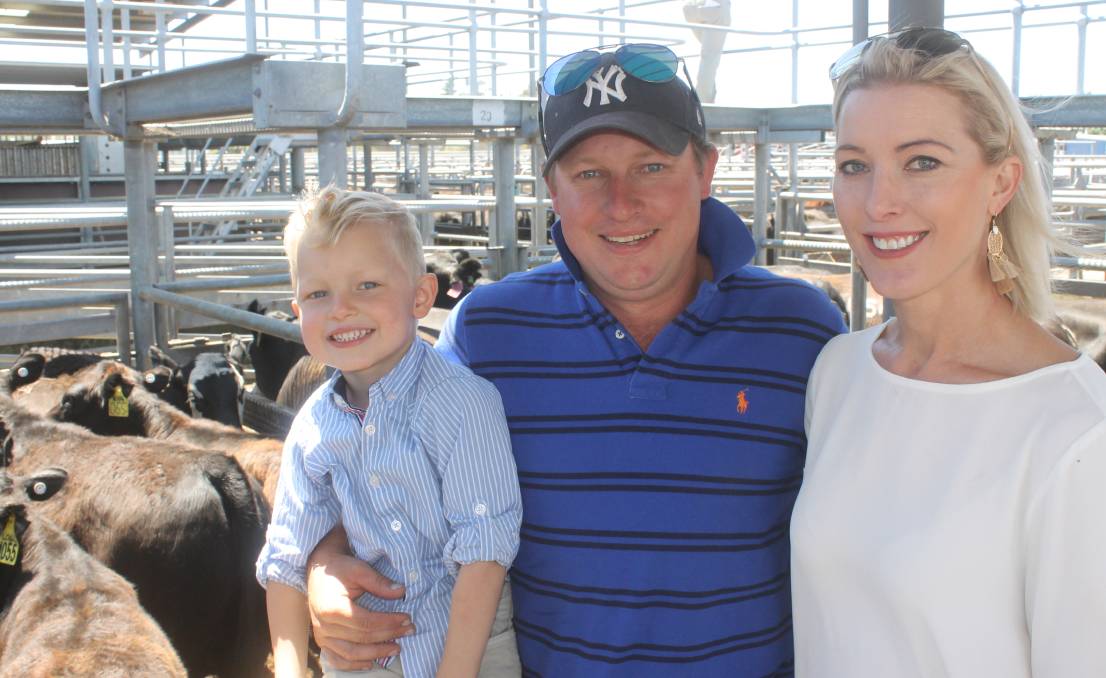 Buying for his horse-trainer father, Pat Hyland, wife Lauren and son Nicholas paid to $2950 a head for rejoined Black baldy cows and May//June-drop calves at foot at the Ballarat December sale

Graeme Nicholson, Elders selling rates for the heavier weight steers surprised many among the buyers gallery as better returns were received than equivalent prime market results.

A double yard of 28 South Boorook Hereford steers, 553kg, appeared good buying at $1450 a head however a second yard of 50, 489kg, collected far better interest further back in the penning when sold at $1410/head.

A pen of 15 NT Ottley Angus steers, 503kg, was also well rewarded among the heavy steers yarding when sold at $1530. Similarly a yard of 32 Parklands Angus steers, 453kg, also drew strong interest at $1450 a head when some pens with lighter weights were offered.

In the weaner run, Graeme Nicholson said solid demand was offered for the large pens of well-bred and well-presented black steers however opportunities again surfaced among the smaller, mixed drafts and also for cattle coloured other than black.

One of the markets volume sellers was Seriston Pastoral, Avenue Range, SA. Its specially advertised line of Charolais-Shorthorn, weighed to 397kg, made to $1200 while its draft of Angus steers, 357kg, topped at $1200.