ORIGINALLY only anticipating to get into cattle as a hobby for retirement, Brian and Roslyn Galligan soon found themselves registering their own Limousin stud.

ORIGINALLY only anticipating to get into cattle as a hobby for retirement, Brian and Roslyn Galligan soon found themselves registering their own Limousin stud. 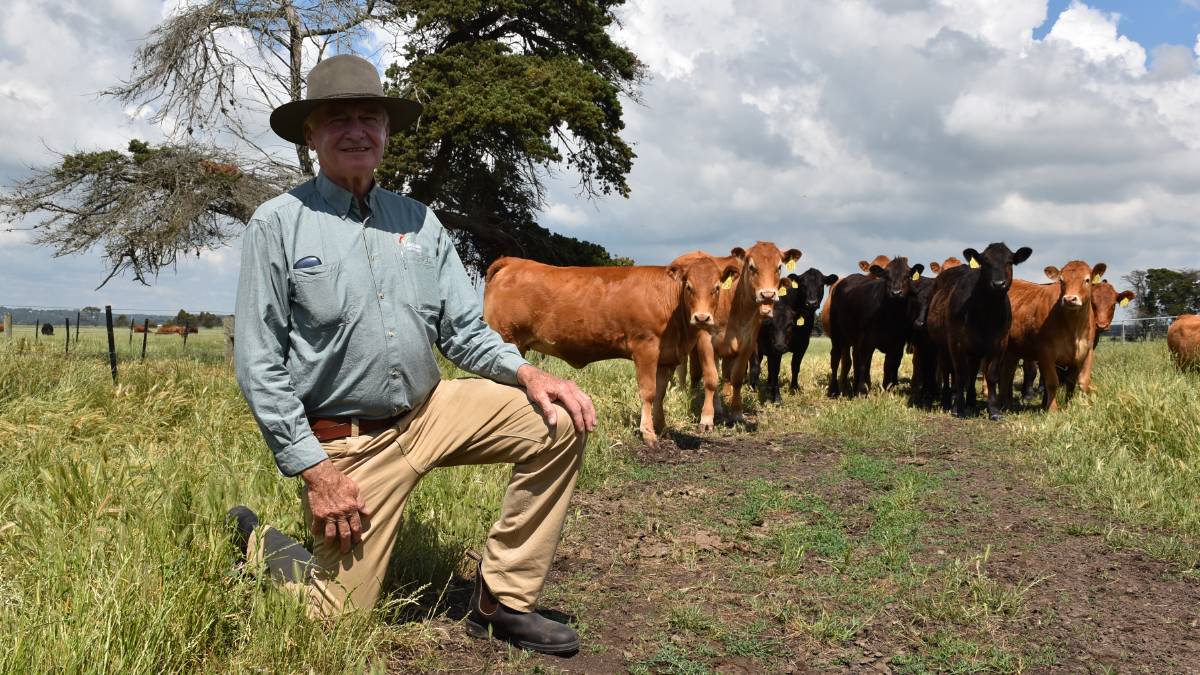 This began back in 2005, when the academics out of Melbourne purchased a property in the Otway Ranges, where they had planned to only fatten Angus steers.

But this hobby soon became a serious farming enterprise, thanks to a desire to breed the very best cattle.

“I thought, well if I’m going to have a property and go through with this hobby, I want to breed good cattle, so I looked around to find the best breed, and decided on the Limousins,” Mr Galligan said.

He said he wanted to build the herd up before retiring as an academic, given he knew it would take five to 10 years to build up a nice herd.

“We started building up the herd, and things just moved a lot more quickly that we had anticipated,” he said.

He said hopes of a “relaxing retirement” were soon diminished, as he became as busy as he had ever been.

They registered their Otway Felix Limousin stud in 2008, and bought another property in Birregurra the following year.

“I was working in Melbourne during the week, and on-farm on the weekends, retirement was meant to be relaxing, but it didn’t end up quite like that,” he said.

Now running up to 100 breeders, Mr and Ms Galligan aim to sell about 20 bulls a year.

They used to produce both spring and autumn calves, but changed this to suit regular clients’ breeding programs.

“The cycle for most locals is to have an autumn calving, so they want two year-old bulls ready to go in March and April, so now our own breeding program is geared towards that,” Mr Galligan said.

“With the dry year a couple of years ago, it threw out our program a little bit because we had run out of feed and cattle were in poor condition and calving later, but we’re just getting them back now.”

He said they are striving to breed robust, docile cattle.

“There’s a combination we are looking for, which is for a smaller birth weight for ease of calving, and then strong growth figures,” he said.

He said Limousins offer extra muscle and weight to calves.

“The most dominant market around here for Limousins has been to put the bulls over F1s, but the challenge with that has been that a lot of dairy farmers are getting out of farming, so there are less F1s around,” he said.

“I think the future of the breed is more in crosses with other breeds, particularly Angus cattle, where you would get the best of both worlds.”

They breed both apricot and black Limousins, and said apricots are becoming more popular in Victoria.

“Victoria had gone predominantly black, with its Angus cattle, so we thought that people would want mainly black Limousins, but most are wanting apricots now,” he said.

“One theory is that farmers want people to be able to tell that their cattle are Limousins, and by being apricot, you can tell that.”

“The Heifer Challenge is another great way to benchmark your cattle against not only other Limousin breeders, but breeders of other breeds too,” he said.

“The second year we entered the challenge, I entered six apricots and four blacks, even though one of the criteria was consistency, and thought that we wouldn’t have a chance, but we came second or third that year.”