THE MARKET was slightly cheaper at Colac’s final store cattle sale of the year on Friday, but did not stray too far from agents’ expectations.

THE MARKET was slightly cheaper at Colac’s final store cattle sale of the year on Friday, but did not stray too far from agents’ expectations. 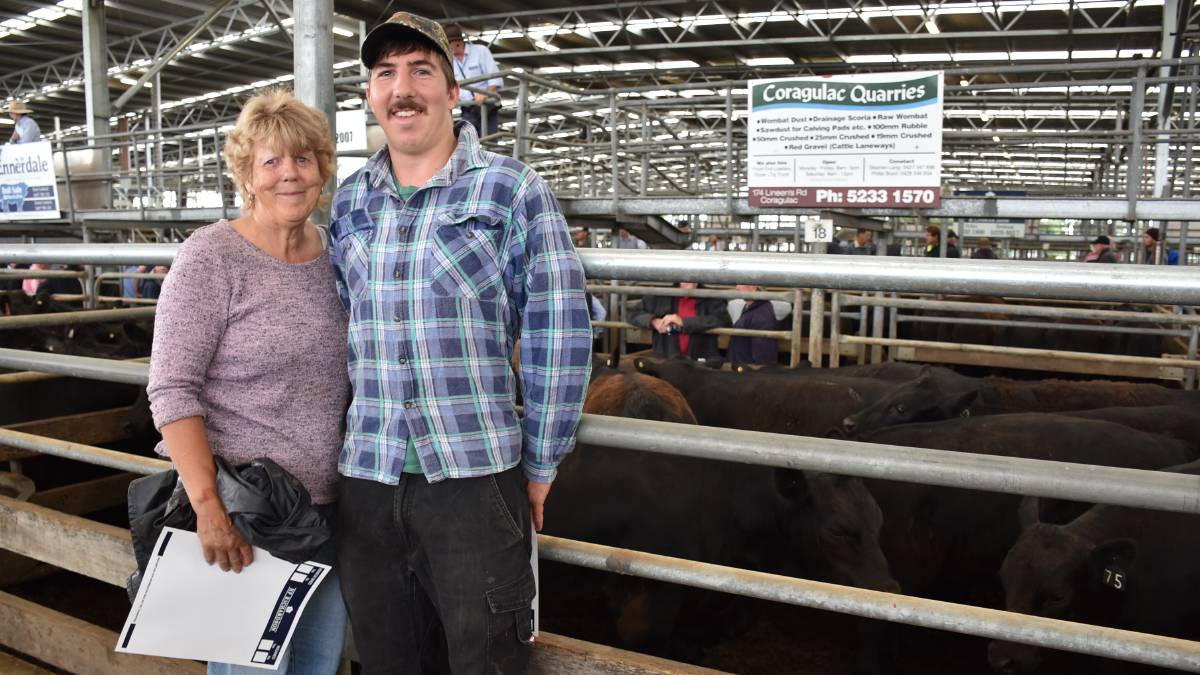 “Most of the heavy lines of steer weaners made from 325c/kg to 365c/kg, with some of the lighter steers selling for more than that,” Mr Sculley said.

The steers sold to a top of $1500/head, and were sold by Lucy McEachern, ‘Springrun’, Wingeel, for four 565 kilogram steers.

Ms McEachern said the 14-15 month-old steers are out of bulls from her family’s former Ardno Hereford stud.

“We’ve had a wonderful season, and these prices are fantastic,” Ms McEachern said.

A standout line of weaner steers was sold by Mark Ham, Freshwater Creek, who offered 40 Barwidgee and Murdeduke-blood Angus steers.

Mr Ham’s tops made $1280/head, and following a cold and wet season at his property, said he was happy with this price.

“They’re 30kg lighter than last year, where we made $1510/head, but we’re still very pleased with these prices,” Mr Ham said.

Buyer Murray Stoney, Modewarre, who plans to take them home and fatten them up, agreed, saying he has purchased before and had good results.

It was a wet day at Colac on Friday.

“It’s been hard to get cattle lately, but we’ll grow these out for another six months, and hope to make our money’s worth,” Ms Madden said.

Heifers sold to a top of $1230/head, but Mr Sculley said heifer sales were “erratic”.

“In a mixed-quality yarding of heifers, prices were erratic,” Mr Sculley said.

“The better lines of cows and calves weren’t dear, however the secondary lines sold very well,” he said.