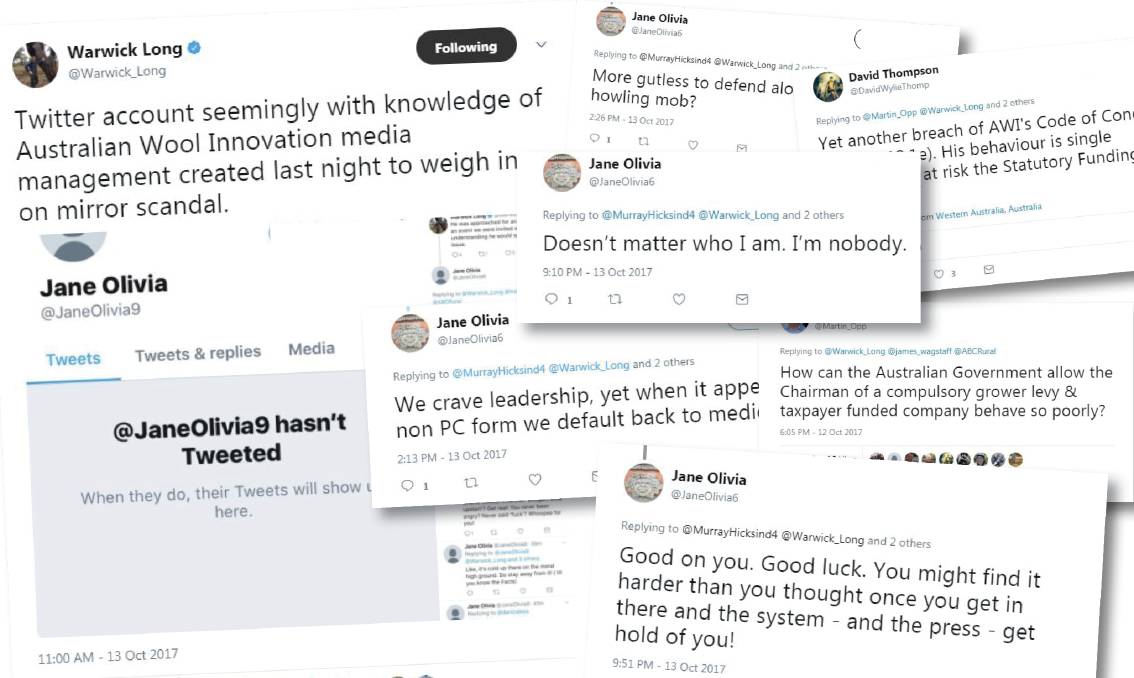 AWI chairman Wal Merriman has been accused of breaching the company's code of conduct following a verbal tirade at an industry event, as a pseudonym account was created to defend his actions.

During the Woolmark Price exhibition event last week, at Anlaby Station, Hamilton, South Australia, Mr Merriman was recorded verbally abusing a journalist over questions about the so-called “man-in-the-mirror” scandal where he covertly watched an anonymous focus group of fine wool breeders without their knowledge behind a one-way mirror.

When asked by the ABC to comment on some woolgrowers’ concerns he secretly observed them, Mr Merriman said, "Go away you useless prick.”

In the audio recording, Mr Merriman’s tirade continues with him saying, “That is just ridiculous, that is disgraceful. F*** off, report that. Rubbish."

The situation escalated on Twitter when a pseudonym account was created to defend Mr Merriman over the weekend, with apparent knowledge of AWI’s media management.

The account had no details or prior tweets, and responded only to a range of AWI-related tweets.

Among many tweets sent by the account of JaneOlivia9 was, “you might find it harder than you thought once you get in there and the system – and the press – get hold of you!”

“I’m not AWI. I’m country. And I know Wal. He’s a tough old nut, rough and ready, but he’s smart. And I know what he’s done for the industry,” the tweet read. 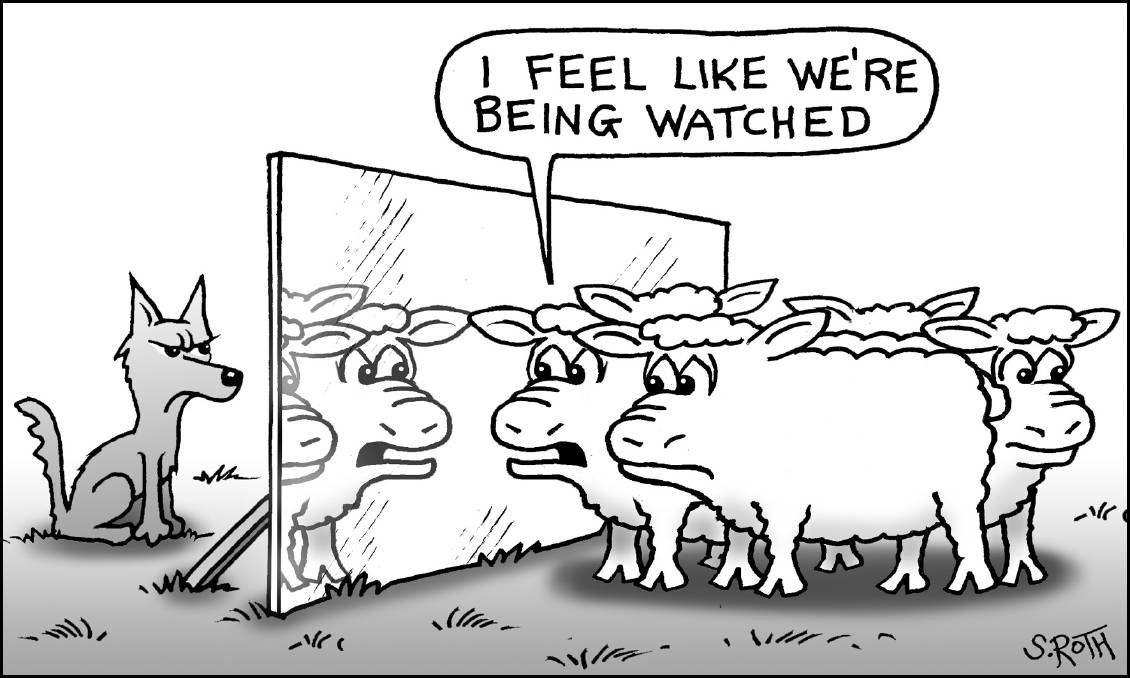 In response to questions about the origins of the Twitter account, AWI communications manager Marius Cuming denied any company staff involvement, saying it was “bizarre and wrong”.

The run of questionable behaviour is anticipated to dominate AWI's hearing at senate estimates next week.

“It beggars belief really. It is levy payers’ money - this sort of behaviour is disgraceful,” Mr Michael said.

“There has been intimidation throughout this.

“It’s sad because it’s such a great industry yet we have this culture that is highly political and self-motivated.”

Mr Michael said a change of management and restructure of AWI was needed.

“(AWI’s) policy is to be silent, if they don’t say anything they hope issues will just go away,” he said.

“But being silent on these issues has caused people to lose confidence in AWI’s corporate governance.

“I will lose my confidence in their governance if things don’t change at the upcoming election.”

The recent incidents have exposed a culture of intimidation and bullying, according to some woolgrowers and industry people. “People don’t want to say anything for fear of having their funding cut or livelihoods affected,” said one grower, who wanted to remain anonymous.

“If they don’t like something, they play the man until the issues get out of the way - genetics is a great example - and they don’t give up, using any means possible.”

Further scrutiny will be placed on the industry group at AWI’s annual general meeting next month, which includes the election of three board members.

Livestock SA president Joe Keynes attended the Woolmark event and said there had been a lot of commentary about the chair’s professionalism.

“We understand the whole incident was not what woolgrowers would see as good conduct,” Mr Keynes said.

“Wal could have been way more diplomatic, there is no doubt.

“As woolgrowers we need to move on and concentrate on the real issue which will be the AGM and WoolPoll next year – that is the opportunity for change, a way of having some sense of approval or disapproval of AWI.”

He said there were no apparent governance concerns with AWI.

“On any measure their performance is pretty good,” he said.

“They are held to account at Senate Estimates and through the SFA – there are a lot of checks and balances.

“If board members do slightly off-beat things, we have to wear it, but eventually we will have the opportunity to vote on those members.​”

Federal Agricultural Minister Barnaby Joyce did not comment on whether these events had risked the SFA.

“This is a matter for woolgrowers and stud breeders to raise with AWI,” a spokesperson said.

“It is important that if woolgrowers are asked to provide confidential feedback to AWI to help guide research priorities, that the confidentiality is respected… the AWI chairman has said the man-behind-the-mirror will not happen again.”

AWI and Mr Merriman did not respond when asked if his conduct had breached the company’s code and whether disciplinary actions would be taken.

Mr Cuming said the language used by Mr Merriman toward the ABC was unfortunate, and called the journalist’s approach “disingenuous”.

“After being told in person by both the chairman and the chief executive neither would be making a statement, the reporter ambushed them both towards the end of night, did not declare he was recording at the time and deliberately sought to intimidate to seek a reaction,” a statement from AWI said.

More gutless to defend alone, or attack in a howling mob?

We crave leadership, yet when it appears in a non PC form we default back to mediocrity

If he can't handle the media obviously out of his depth

Glad I'm not a wool grower. This is making ausdairy look positively civilised.

Despite the drama, at the end of the day its a sad day for the wool ind. Puts funding arrangements at risk because of a few rogue operators

Then support a brilliant bush man, rough around the edges, work-roughened hands who’s saved the industry from jumped-up Johnnies.

I’m not AWI. I’m Country. And I know Wal. He’s a tough old nut, rough and ready, but he’s smart. And I know what he’s done for the industry

General question to #AWI and media.
Had no one seen the irony, between the man in the mirror behaviour, and the lyrics of same song? #wool

Do we know which senators will be at estimates? Maybe some broader financial questions need to be asked.

Excuse me. Am I becoming famous in my own bathtub? Golly.

Perhaps Wal wasn’t consulted about that Warwick. That occur to you?

Too right Warwick. She’s a dumdum and what’s more, she doesn’t follow the rools. Ooh aah.