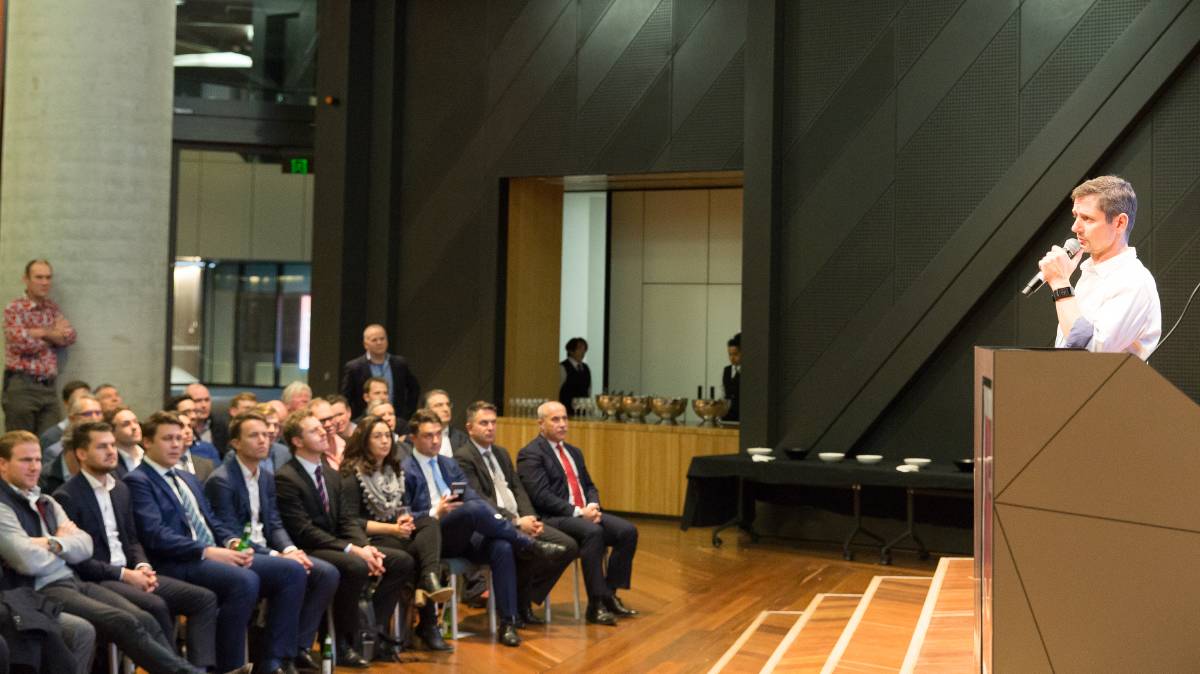 AgUnity co-founder David Davies presented at SproutX's shark-tank styled event in Melbourne in July, and has recently taken out an international award.

The event, aimed at promoting agtech innovation in Asia to achieve a food secure future, challenged 20 international agtech startups in a shark-tank styled forum, to find the most innovative solutions to transform the lives of farmers.

AgUnity was announced as the winner, following a pitch by CEO and co-founder David Davies, who presented his vision on farming co-operatives running on trust and efficiency by using its blockchain-based mobile applicator AgriLedger.

Mr Davies founded AgUnity last year with co-founder John Freeman, after discovering that problems for farmers in developing countries could be easily resolved by providing them with low cost smartphones embedded with the AgriLedger app.

The app allows farmers to work together in co-operatives to securely record transactions, plan farming activities, coordinate the sharing of farming equipment, and manage their incomes in a digital wallet.

“The fact that we can offer a blockchain-based ledger system to small-scale farmers in developing countries, and triple their income from one season to the next, can be hard to imagine,” Mr Davies said.

“However, that’s exactly what AgUnity has achieved and continues to achieve in pilot projects in Bougainville, Papua New Guinea and Kenya.

“It’s enabling farmers around the world to lift themselves out of poverty.”

He said they are currently raising a further $500,000 in seed funding to expand existing pilot projects and roll-out further projects in Cambodia, Solomon Islands, Vanuatu, Ghana, Ethiopia, and Brazil.

AgUnity is one of 11 agtech startups selected from a pool of 100, to be accepted into the SproutX accelerator program, designed to nurture Australian startups.