The selling of store cattle returned to the Riverina township of Hay on Thursday with the clearance of 1210 head that was visibly checked by a tough western NSW season.

The selling of store cattle returned to the Hay in the Riverina on Thursday with the clearance of 1210 head that were visibly checked by a tough western NSW season. 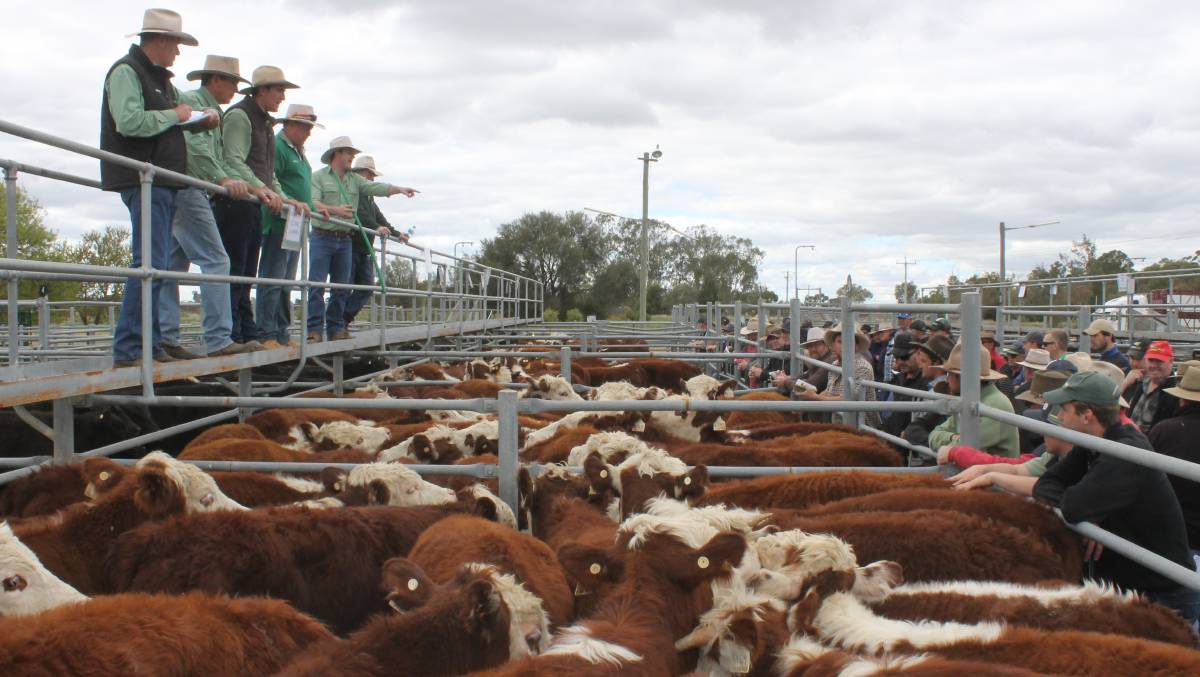 Selling to a smallish field of mostly Victorian buyers prices achieved were considered satisfactory as better drafts of well breed steers managed prices from $1000 to a top of $1350 head while lighter, younger steer drafts made upwards of $880 a head.

Jonathan Vagg and family, Mt Hope, sold a draft of their Furlong Angus steers with the lead two yards sold at $1140 and $1070.

As mentioned heavier steers were sold at an estimated 300-320c/kg while lighter drafts made from 320kg to 360kg with odd pens of lighter, to almost 400kg.

Auctioneer, Marc Braybon, Landmark described the penning as “ideal store condition”. Most sold, he said, had experienced a reasonable autumn following an early break. “But with the severe frosts, virtually no rain and the feed being short, the winter had proven to be tough hence the cattle, although stretched out, lacked bloom and condition and were ideal for buying”.

The yarding of heifers, which comprised almost 65 per cent of the total yarding also met with keen inquiry with a large portion sold from $830 to $1000, before topping at $1120.

Heavier drafts of heifers mostly made 285-320c/kg while light heifers fetched per kilograms of 315-360 cents.

Buyers from Wodonga, Swan Hill and Holbrook along with a local feedlot operator claimed the lion’s share of the yarding, with the Corcoran Parker agency at Wodonga the largest buyer by far securing 460 head. ...although stretched out, the cattle lacked bloom and condition and were ideal for buying. - Marc Braybon, Landmark auctioneer