Of the 60 sale rams that were automatically included in the judging, the Toland family’s ram tag 1069 achieved a highest score of 81.85 points out of 100. It scored highly across the traits measured both objectively and visually.

It got 16 out of 25 for its visual carcase assessment.

It also got the highest score for the visual assessment of wool at 22 points out of 25.

The group awards a champion wool sale ram to ensure the wool attributes of the Australian Merino are retained and recognised.

Phil Toland said the yearling was sired by a Greenfields Poll ram that was reserve champion all purpose at the Australian Sheep and Wool Show, Bendigo, in 2015. Mr Toland said the North East group used the same scoring matrix as is used at Bendigo.

His son-in-law Simon Riddle, who is the group’s president, said the all purpose competition set this multi-vendor sale apart.

He said the whole group was striving to produce sheep that combined good wool, fat and muscle, and he said the all-purpose competition held each year before the sale encouraged members in that direction.

Mr Riddle said he was impressed by the even quality of the sale draft, and that was reflected in a strong clearance and average price.

The Bennett family, Everton Upper, had the reserve champion all purpose sale ram with their Bennmann ram, tag BLK16400.

The ram was sold to P Mackrell, Euroa.

Stefan Spiker, Hamilton, has scanned the sheep since the all purpose competition began, but this year’s competition is his last. Alan Coombes and Josh Bonacci were the wool and meat judges respectively. 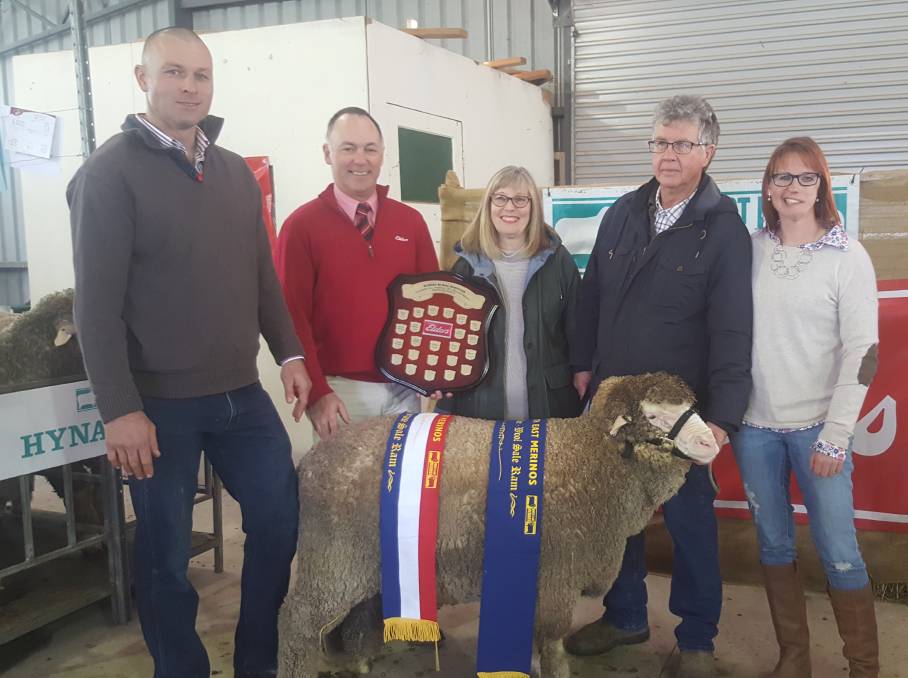 The Toland Poll Merin ram that won the all purpose and wool sale ram sashes was pictured with Simon Riddle, Jim Bruce, and Georgina, Phil and Anna Toland.