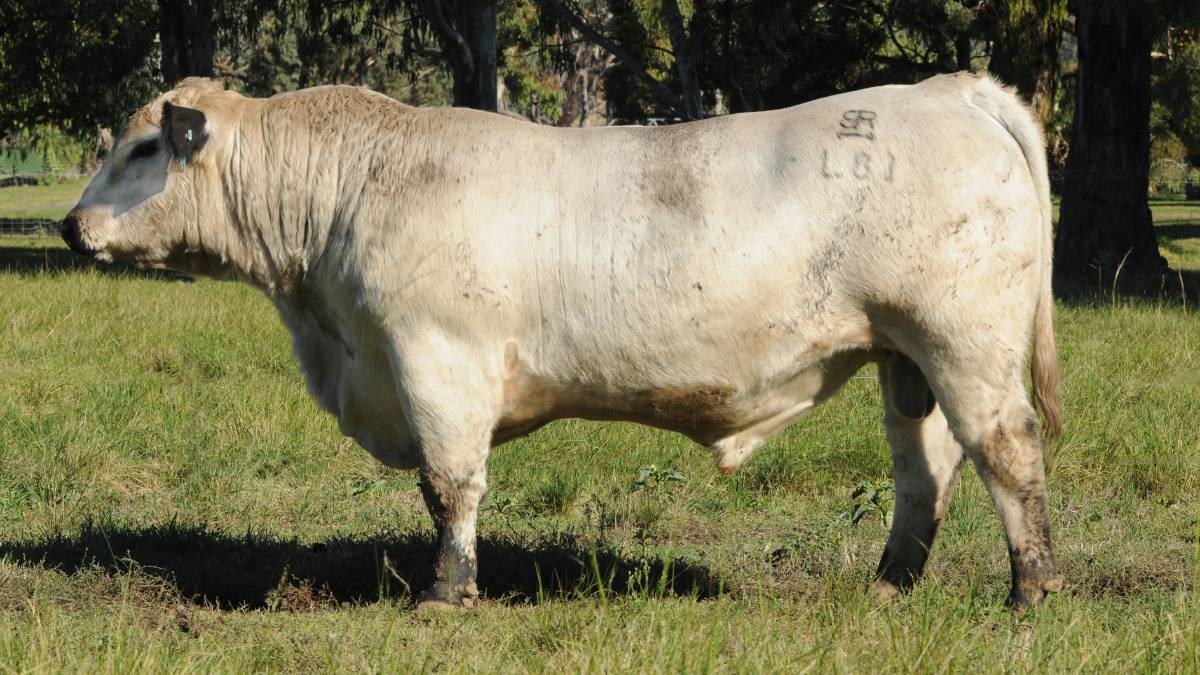 Minnamurra Leander L81 (ET), sold to a syndicate of Victorian and NSW breeders, was 140kg heavier than the average sale bull weight and had the highest EMA and IMF.

A SYNDICTE of Victorian and NSW breeders paid the record Australia price for a Speckle Park bull.

A SYNDICATE of Victorian and NSW breeders paid the record Australia price of $35,000 for a Speckle Park bull at Minnamurra Speckle Park’s sale at Coolah, NSW.

They bid up for Minnamurra Leander L81 (ET), which was one of the first Six Star Royal Flesh sons to be offered in Australia.

The Canadian sire Royal Flesh produced half of the class winners at Canadian Agribition earlier this year and is becoming renown for his stretch, quality feet and legs and carcase traits.

Mr Guy said Leander was 140kg heavier than the average sale bull weight and had the highest EMA (122sqcm) and IMF (6.5pc). He said he’d seen the bull at Minnamurra a few weeks ago and felt compelled to do something.

“He (Leander) is just remarkable. Great conformation, tremendous length and amazing performance and carcase traits compared to his peer group.”

Mick Malone said although Kitchwin Hills was known for breeding thoroughbreds, the team thought it was a great opportunity to step up their cattle, after using Speckle Park bulls in their commercial program to great effect.