Producers are still waiting for some rain, but they are still able to withhold supply if prices are not up to expectations.

This yarding comprised of cattle from bullocks, down to young and plain quality calves. A usual, small field of buyers for this time of year, attended, and prices were equal to, or slightly higher than the previous sale two weeks ago.

Competition came mostly from the broader Gippsland region, and was complimented by one of the usual feedlot companies.

The first pen of the sale was six Angus bullocks, weighing 600 kilograms liveweight, which sold for $1650, for A Stephenson, Sale. Many of the cattle, both steers and heifers, were younger, and of lighter weights.

Given the small yarding of heifers, demand was stronger. B&A Ross, Stockdale, sold a pen of 10 Angus heifers for $1000 to top the heifer section.

The stronger demand for heifers shone when Tablelands, Boisedale, sold their 17 Hereford heifers, which made from $760, the same price as their second pen of steers, to $800.

Only a small offering of cows with calves was penned.

However, everything sold, proving there is something for everyone. 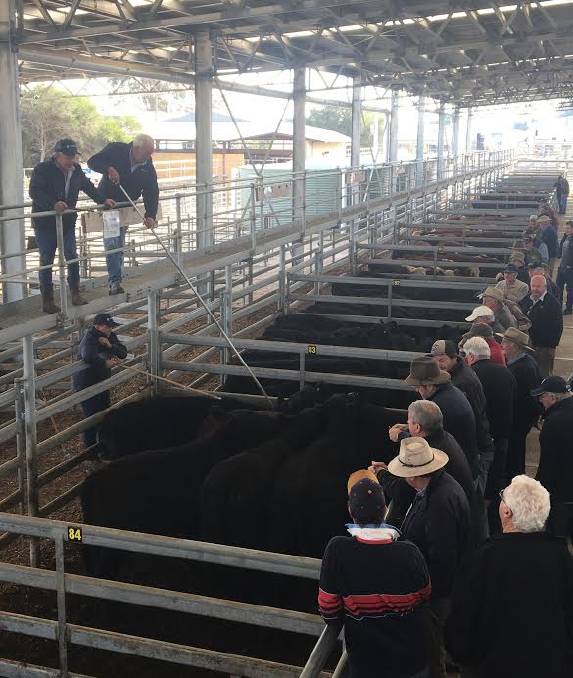