With a big rain tipped for Victoria. southwest cattle restockers pushed the foot to the metal Thursday creating exceptional demand for store cattle at Hamilton.

WITH a big rain tipped for Victoria. south-west cattle restockers pushed the foot to the metal Thursday creating exceptional demand for store cattle at Hamilton.

In what was described as an "unreal" sale, feature lines of spring-drop steer weaners commanded prices between 400 and 465c/kg while heifers pulled rates from 360 to 460c/kg.

A limited and rather scrappy yarding of yearling-off and grown steers displayed a “wintry” appearance. These failed to attract the attention of feeder buyers who watched intently as younger cattle prices soared.

There was solid competition throughout, Mr Pertzel said. “Heifers made steer money and steers made some of the best prices we’ve seen for some time” he said.

“The only disappointment was the quality of the grown steer yarding that didn’t suit the lot feeders”. Consequently, they went home empty-handed but grown steers despite their appearance made good money on the day, he said.

This included a draft of 120 Angus steers offered by Ardonachie, Macarthur.

Restockers, seeking to return young females to the paddock for breeding purposes, were the dominant force behind the keenly contested heifer market.

Orders for across the greater southwest were involved however a dominant order from Penola, SA, with a focus on black heifers, led the charge.

A yard of a pregnancy-tested, empty, Angus heifers, 514kg, secured best money. These were sold for processing by Edgewood to Teys Naracoorte, SA abattoir at 282c/kg or $1449/head while a second pen of the same, 473kg was granted a second opportunity to breed by a Casterton interest when secured at 276c/kg or $1306/head. 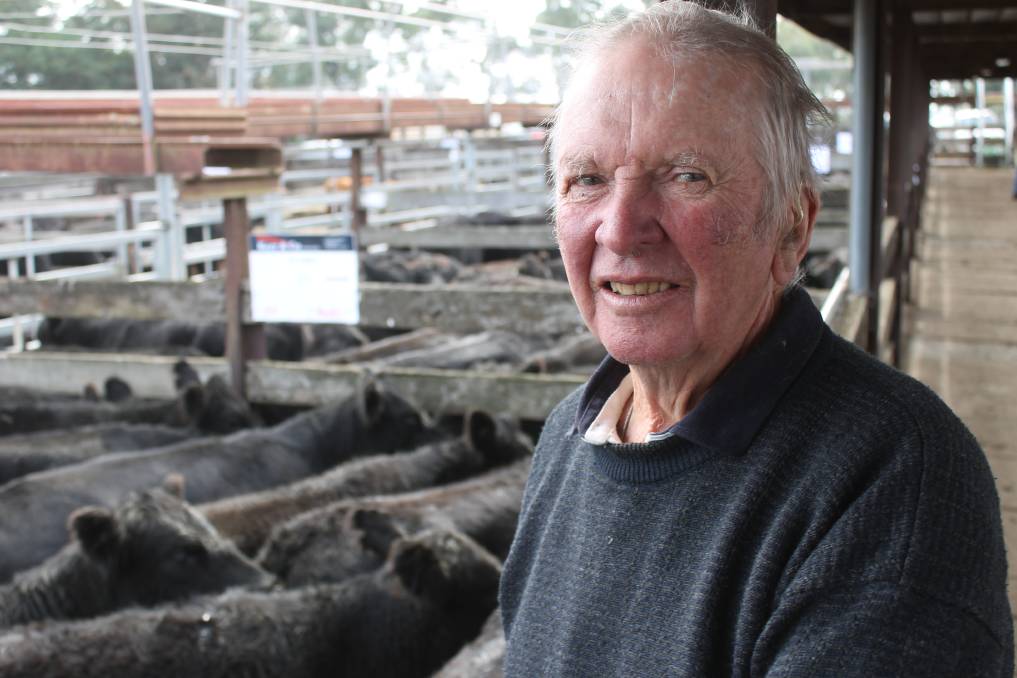