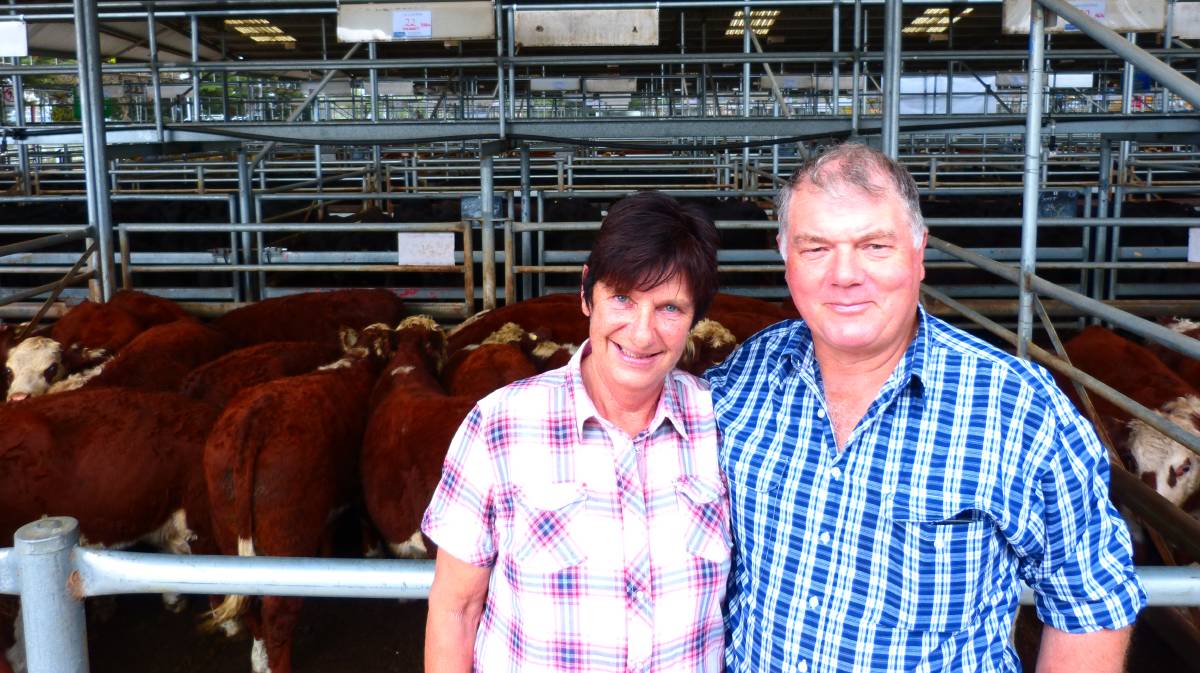 DRIER weather conditions in all of East Gippsland factored into a very large annual, autumn steer and heifer calf sale at Bairnsdale, Tuesday.

DRIER weather conditions in all of East Gippsland factored into a very large annual, autumn steer and heifer calf sale at Bairnsdale, Tuesday. 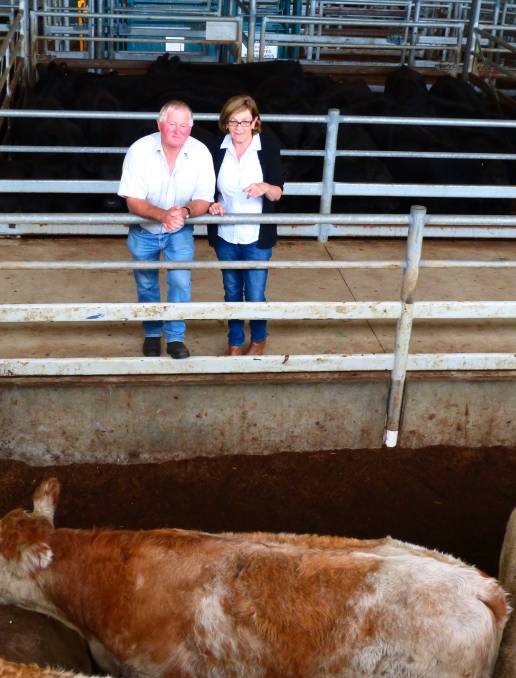 Ian and Denise Lester traveled from King Island to buy cattle at Bairnsdale, Ian has been a big supporter of Gippsland cattle, having come from Foster many years ago.

Agents off 3586 head that included a very large percentage of steers.

All cattle were showing the signs of those dry conditions, but the excellent breeding of the cattle shone through.

Many of the older steers and heifers showed good muscle and length, and in the heifer section some good to very good condition. 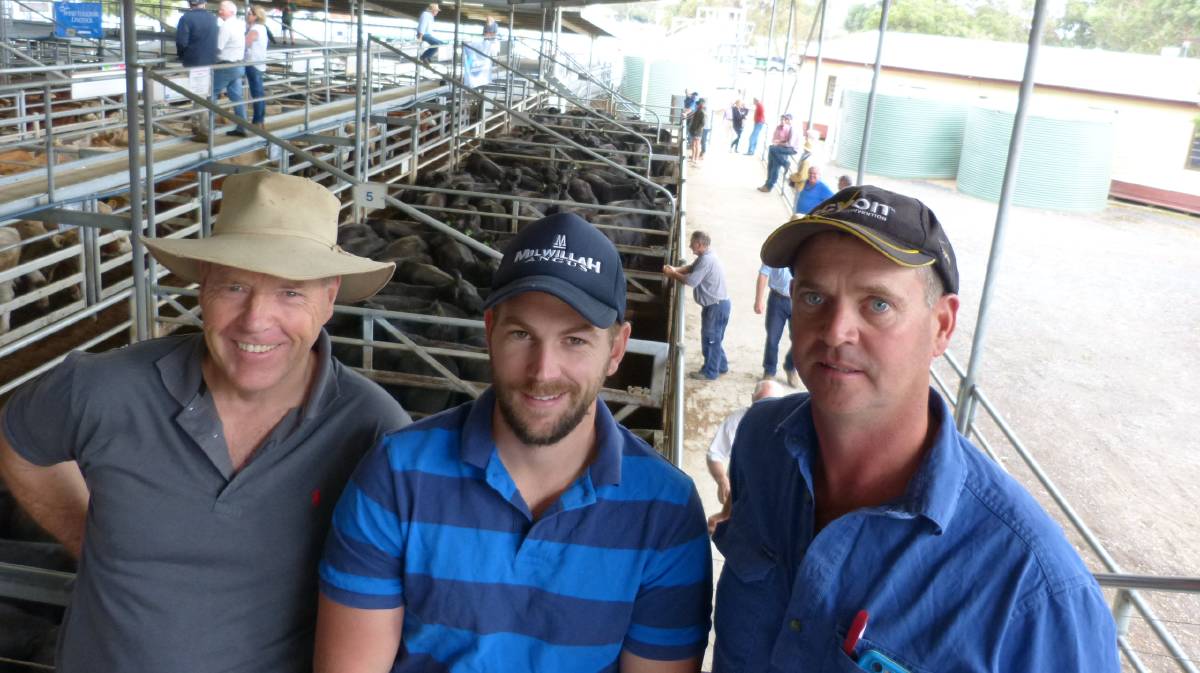 Only in the heifer section, did processors buy any killable cattle, and these purchases were minor.

Competition came from far and wide with several pens of steers and heifers travelling back to Holbrook, and into South Australia. 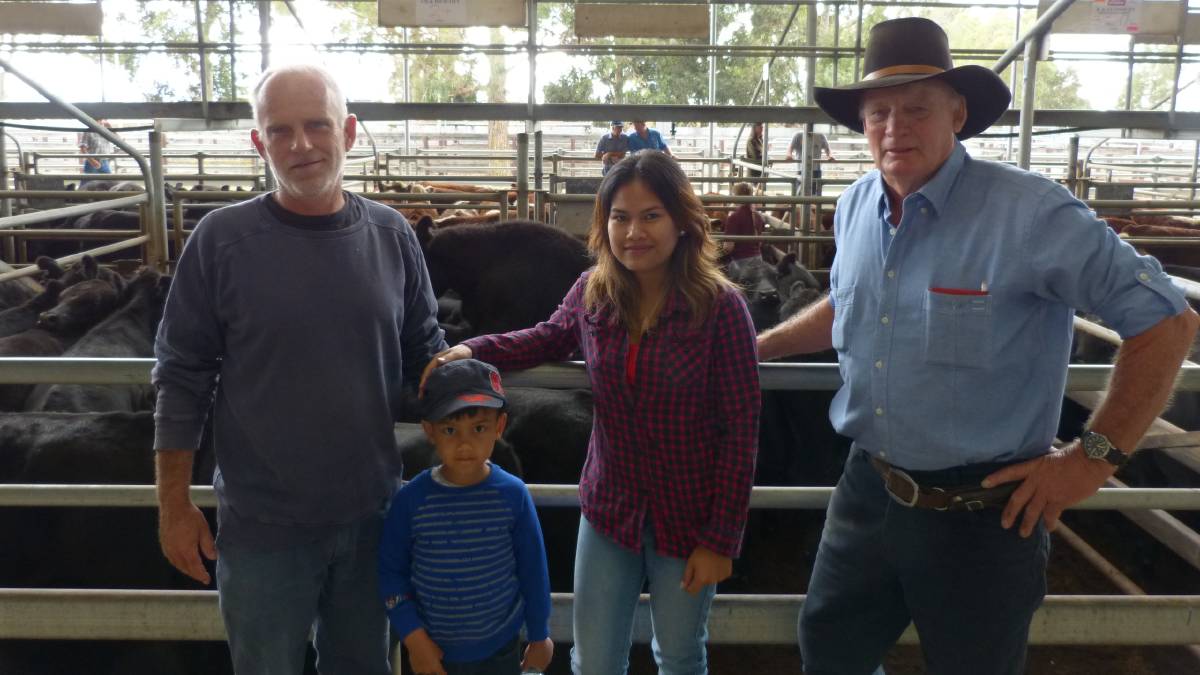 Feedlot competition was solid with four companies purchasing, but the balance of the competition came mostly from south and west Gippsland.

There were a number of feature lines penned that can best show the strength of this sale.

Potential buyers didn't have enough room on the walkway, and some decided to purchase from the soft floor below. Graeme Fullgrabe watches bellow.

Buchan Station principal, Bryan Hayden was highly pleased with their sale on the day.

Several pens of the older heifers were purchased for grain feeding.

Hereford heifers sold equally as well as other breeds.

Competition between two buyers of younger heifers saw most sell between $750 & $950 for these orders.