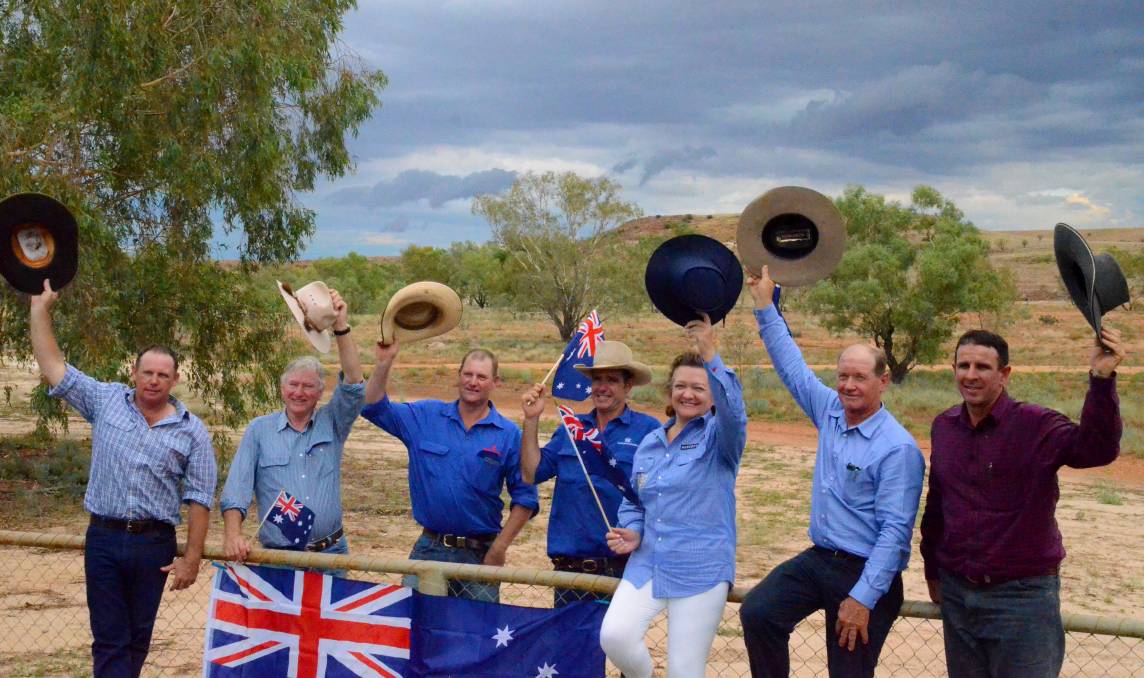 S. Kidman and Company’s new billionaire owner, Gina Rinehart, is spending Australia Day on at least one of the pastoral company’s remote properties as part of a tour of her new agricultural acquisition.

Mrs Rinehart, the majority shareholder in the Australian Outback Beef (AOB) partnership which paid $365 million for two thirds of the Kidman estate in December, is celebrating our national day talking beef cattle and tucking into a steak at an outback barbecue with Kidman employees and neighbours.

“I have been looking forward to meeting the individual Kidman station managers to hear first-hand from them about their ideas on improving the stations,” said Mrs Rinehart, the executive chairman of mining giant Hancock Prospecting and its Hancock Beef division.

AOB’s Kidman business, which is being run in association with Hancock Beef and will see up to $19 million in capital improvements implemented in the coming year to improve the Kidman enterprise’s productivity and efficiency.

AOB, which is also 33 per cent owned by Chinese infrastructure, real estate and farming business, Shanghai CRED, has committed to expanding the Kidman herd by 20,000 head in the next 18 months and creating 35 new full-time permanent jobs by June 2018.

AOB will also be employing extra contractors and short-term specialists.

Mrs Rinehart is being accompanied on her tour by some of  Kidman’s station managers and will “discuss the important improvements we are implementing on our stations”.

“With the expansion of Hancock’s agricultural portfolio, this is an ideal opportunity for both long standing and new managers to come together, and learn from each other’s experiences to help improve each of our stations,” she said.

Last month she was in Adelaide at Kidman’s head office to begin working with the historic company’s leadership team.

Mrs Rinehart also used Australia Day as a chance to pay tribute to Australian pastoralists and farmers and their families, and others in the outback, “many of whom can't take today off”.

“For me, it’s a wonderful way to spend Australia Day –  in the outback,” she said.

“It’s a reminder of the hard work and sacrifices from those who built our country, over generations, so that we can enjoy the living standards we do, and which so many countries would love to have.

“It’s a reminder of how blessed we are to live in this country,” she said, noting it was also very appropriate to celebrate on January 26 enjoying roast beef, or meat pies or “a steak on the barbie”.

Mrs Rinehart has known Mr Giles and “regarded him highly” since before his time as chief minister and she looked forward to the contribution he would make to the company and for northern Australia.

​The beef industry and northern Australia were an important focus for the Hancock group, she said.