The special female sale at Colac today was again “very strong”, according to Matt Nelson, the livestock agents association president.

The special female sale at Colac today was again “very strong”, according to Matt Nelson, the livestock agents association president.

“I think it was even better than our expectations, with most of the heifers making 360 to 380 cents a kilogram (live weight) and the better heifers making a bit more,” Mr Nelson said.

While the number of active bidders and onlookers was down compared to last week’s steer sale, vendors said they were pleased with the prices achieved.

The sale kicked off with older heifers.

Stonehenge’s eight Angus heifers, two years-old, Leighwood Grange blood and depastured to a Leighwood Grange stud bull to calve from March 1 sold for $2600 to a Landmark Ballarat account. The four other pens of heifers 14 to 16 months-old, made 330c/kg-plus.

Heifer weaners made up the vast majority of the 1259-head yarding, filling all but 10 pens offered.

Two pens of well-bred Angus heifer weaners achieved the top price per head of that section. Mount Bellarine’s pen of 14 Ythanbrae and Welcome Swallow bld calves, 376kg, was the first to reach the equal top; followed by Kildean Angus’ 17 Murdeduke bld calves, 370kg. Both were secured by an HF Richardson buyer.

Hartwicks was active on the Euro-cross and Hereford cattle, and lighter Angus cattle.

The next run of weighed Angus heifers were mostly in the range of 300-340kg. Most made prices equivalent to 360c/kg and more. Highlights included Mount Bellarine’s lighter calves – a pen of nine at 325kg sold to the Eldridge family for $1250, or 385c/kg.

The last third of the pens (about 40 pens) did not have weights displayed. Two-thirds of these heifers made more than $1000. South-west restockers competed against Hartwicks in these lanes of cattle.

Mr Nelson said some of the best heifers made prices “as good as the steers”. 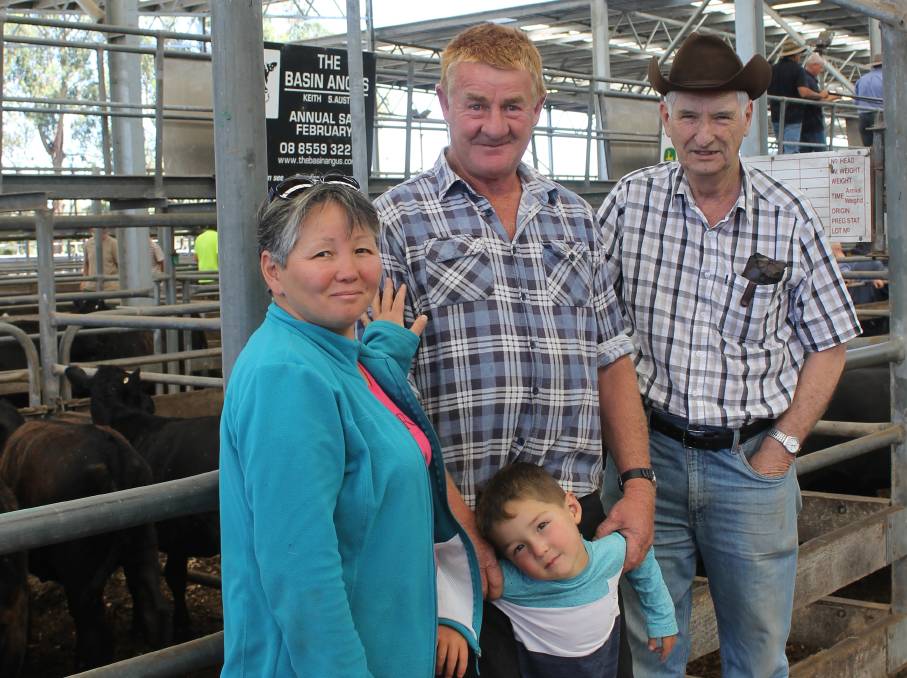 The Andrew family of Zhanar, John and son Nicolas, 4, of Beech Forest, bought heifers from Brian Botwell to grow out and join. 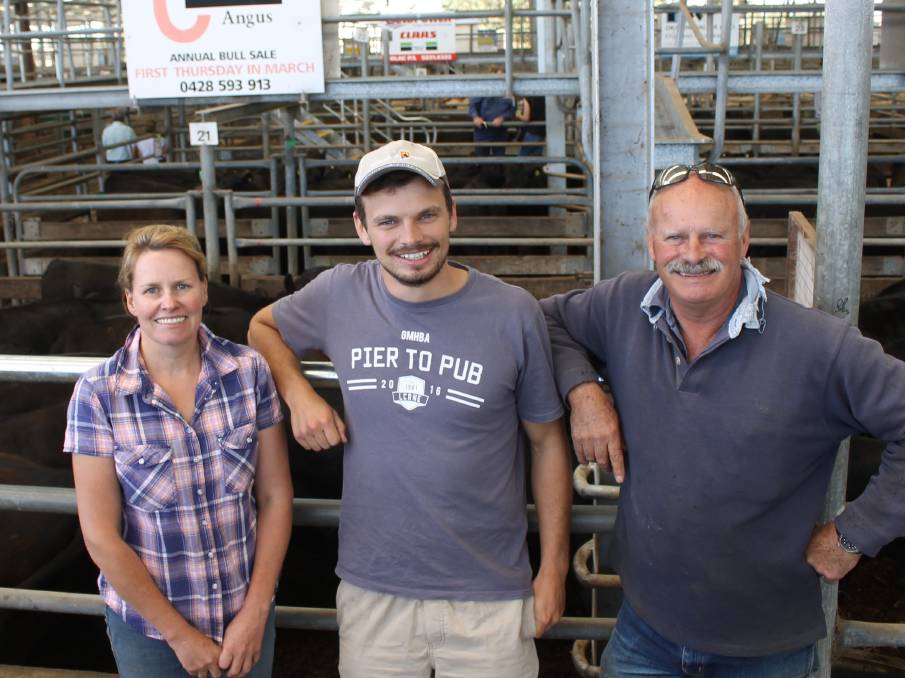 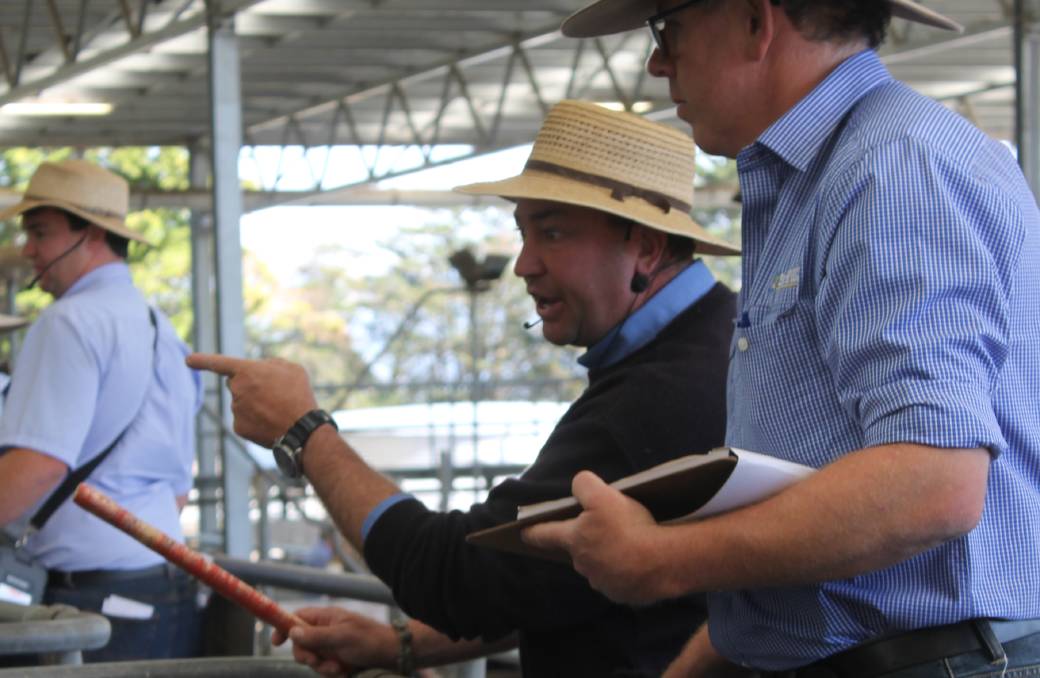