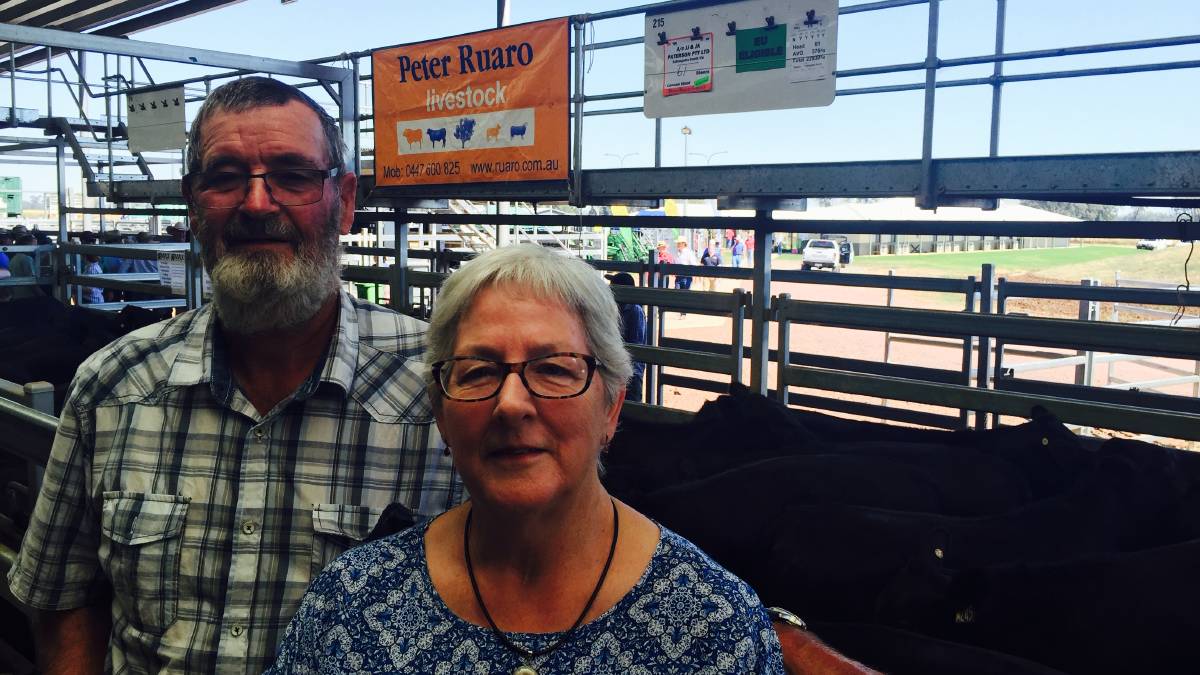 Success at Wodonga’s second day of selling was guaranteed as the buyers lined up for the Paull&Scollard, Rodwell’s, Schubert Boers, and BUR Livestock sale at Barnawartha, Friday.

SUCCESS at Wodonga’s second day of selling was guaranteed as the buyers lined up for the Paull&Scollard, Rodwell’s, Schubert Boers, and BUR Livestock sale at Barnawartha, Friday.

All of the buyers returned for this sale, and with many needing cattle, and looking to fill trucks, competition was very strong. Only one buyer from Queensland was noted missing from this line up, but there was no difference in pricing.

All agents were very happy with the outcome, and some even suggested that the heifers sold may have been a little dearer than the previous day.

The sale progressed onto the 2016, autumn drop steer calves with JJ&JA Paterson P/L, Tallangatta South, offering 109 EU accredited steers. Competition was very strong from northern and local buyers, and prices were from $1380-$1430. The later price was the top of the weaned steers.

Looking across the whole steer sale saw price trends exactly like the previous day. Competition for heavier weaners was less than the medium weights, and the light to very light steers sold to the strongest demand.

Widgiewa Station, Morundah, was the largest vendor selling 329 steers, all in a very tight weight range 338-390kgs. Selling to strong competition, one agent purchased the lot, paying from $1290-$1400.

It was fair to say that the smaller offering generally produced smaller pen lots, which in itself created more competition, as buyers looked to fill orders.

Due to the strong demand for feeder heifers, and for lighter weight heifers to background for future feeders, prices were very solid. In liveweight price terms, most sold from 365-385c with young calves making over 400c/kg lwt.