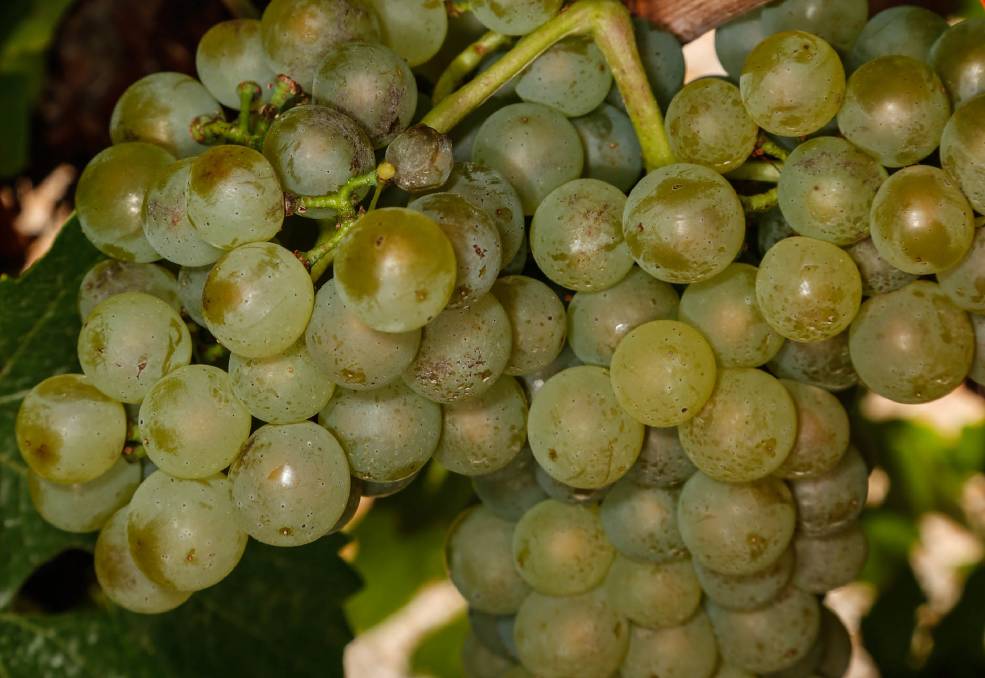 BAD SIGN: The new Australian-made app can assess the severity of powdery mildew which can have a significant impact on winegrapes, even affecting the final taste.

An Aussie phone app to help deal with powdery mildew is set to help winemakers across the globe.

PMapp, which supports decisions about grape quality, has been developed by the University of Adelaide in close collaboration with the Australian grape and wine sector, and supported by Wine Australia.

A local version of PMapp was released in Australia in December 2015 and proved its worth for the grape and wine community during the 2016 Australian vintage.

It has now been made available to download outside Australia.

The app allows assessors to enter disease data quickly in the vineyard, e-mail the results and then analyse the resulting spreadsheet, which records GPS coordinates and other details of the assessment. 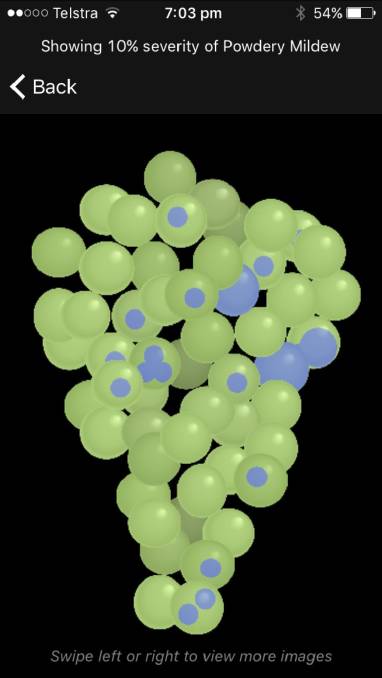 TARGET IDENTIFIED: A screenshot of PMapp, which helps to monitor and deal with powdery mildew in grape crops.

There is also a suite of online resources to support PMapp. This can be used to train or up-skill wine sector personnel and students to recognise powdery mildew symptoms and estimate disease severity.

Powdery mildew is assessed in the vineyard as the percentage surface area of grape bunches affected, which gives a measure of disease severity.

The app then allows the user to visually assess the severity by matching it with computer-generated images.

Professor of plant pathology at the University of Adelaide’s School of Agriculture, Food and Wine and project leader, Eileen Scott, said powdery mildew is a serious disease that affects grapevines worldwide and can cause off flavours and aromas in wine if it is not controlled.

“It’s a costly disease for wine sectors across the world through loss of yield and cost of control and, because of the serious quality issues for wine, there is little tolerance of powdery mildew in the winery. But it’s hard to assess – the symptoms can be hard to distinguish from dust or spray residue,” Professor Scott said.

“PMapp is a simple tool that facilitates efficient assessment and recording of the severity and incidence of powdery mildew.”

“The PMapp and training website developers have taken the findings of this comprehensive research project funded by Wine Australia and produced two useable tools for the wine sector,” Dr Waters says.

The PMapp is now available on Apple’s App Store or Google Play. The online resources can be found at pmassessment.com.au.