This is according to Ag Concepts Advisory’s managing director Robert Herrmann.

Mr Herrmann explained to woolgrowers at The Mountain Dam Merino stud’s ram sale last Friday at Telangatuk East, that past correlation between a change in rainfall and a similar change in the fibre diameter pointed to the average micron starting to increase from early 2017.

“This increase in micron along with an assumed increase in volume of five per cent, projects significant falls in fine wool and rises in broad Merino wool volumes, in time for the new season of 2017-18,” he said. 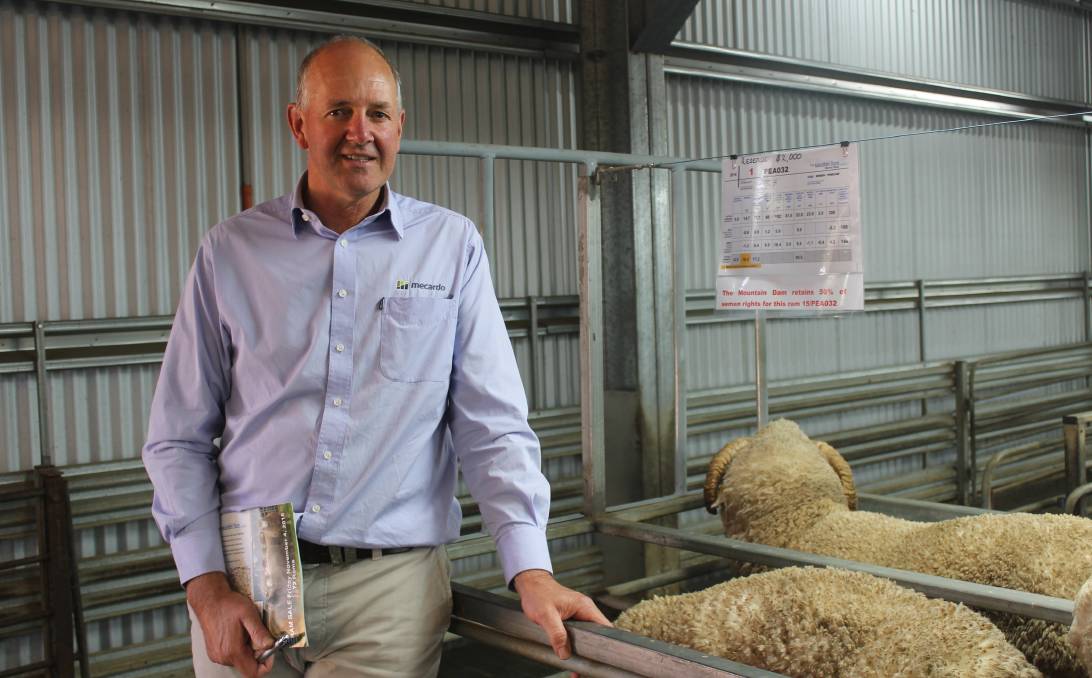 Ag Concepts team found – using data from Australian Wool Exchange (AWEX), the Bureau of Meteorology (BoM) and Independent Commodity Services (ICS)  – that in the past decade, the year-on-year change in the average fibre diameter of the east coast Merino clip had a strong positive correlation with the rolling 12-month rainfall rank for the region (lagged by six months).

“The rainfall series is not perfect in describing the change in fibre diameter, but it is dominant, explaining some 60pc of the year-on-year change,” he said.

He said using 2010-2011 as a guide, we could expect the average Merino fibre diameter to start increasing by January, and to increase by about 0.4 micron by mid-2017. Mr Herrmann said given an expected increase in volumes as well, by June 2017 compared to June 2016, there are significant reductions in 17-micron and finer wool expected.

He predicted a significant increase in 21-micron and broader wool, with little increase in 19-micron volume.

He said as this process played out during the second half of the season, the micron premiums for finer wool are expected to increase. 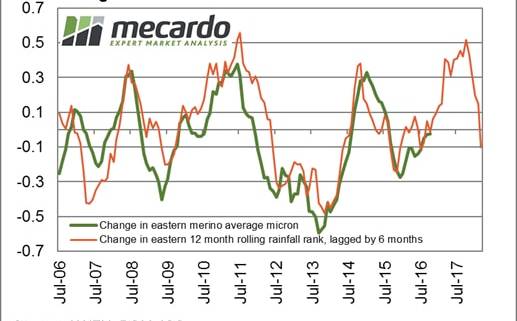 Wool receivals constricted last month. The Australian Wool Testing Authority (AWTA) reported the number of bales tested during the month compared to October 2015 was down by 13 per cent. The fall was most pronounced in south-eastern Australian states. According to Mecardo, 17-18 micron volumes were well down, broad Merino volumes stable to higher, and crossbred volumes were well down.

“We have been extremely busy for the past couple of weeks and will most likely regain the difference in November, unless we have more rain,” Mr Steere said.