AFTER graduating from Marcus Oldham in 1993, Rob McGavin decided to pursue a career in horticulture, and purchased a small vineyard in the Riverland of South Australia.

AFTER graduating from Marcus Oldham in 1993, Rob McGavin decided to pursue a career in horticulture, and purchased a small vineyard in the Riverland of South Australia. 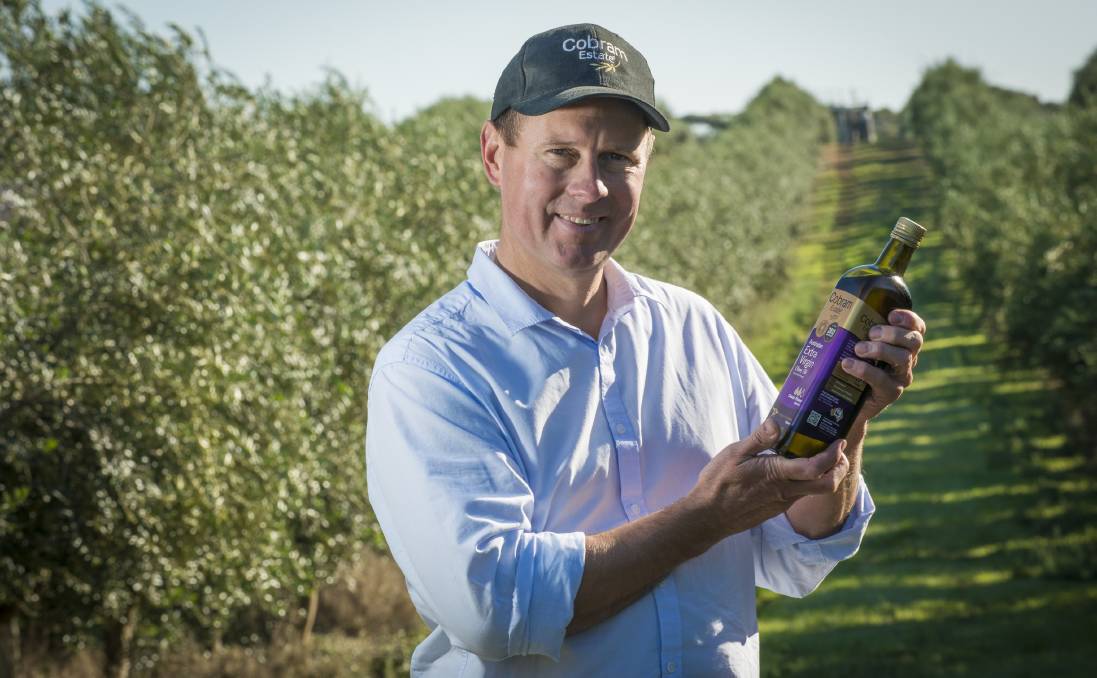 +4
AFTER graduating from Marcus Oldham in 1993, Rob McGavin decided to pursue a career in horticulture, and purchased a small vineyard in the Riverland of South Australia.

It’s been 18 years since the company was established, and Mr McGavin said his role has changed dramatically.

“Day to day, my role is exploring opportunities for new or existing businesses, and talking to staff based in Australia and overseas, trying to help them with problem solving, or strategies, or whatever,” Mr McGavin said.

“A big part of my time is talking to influences about why they should consume olive oil, and what we do at Cobram that’s different.”

He said a big part of his job is educating people.

“I would say that probably a quarter of my time is spent trying to educate anyone who’ll listen about why they should cook with extra virgin olive oil, why it’s better for their health, why it tastes better, and so on,” he said.

“Once they’re educated, they’ll become fans forever, and that’s a big part of the brand.”

He said given the story is so real, it’s an easy one to tell.

“We’re pretty lucky because we’re not selling sugary drinks or fatty chips, or anything like that, we’re selling a fantastic product.”

Mr McGavin is originally from a cattle and sheep farm near Barcaldine in Western Queensland.

For the first six years after leaving high school, he worked in the Kimberley, WA, on stations mustering, fencing, yard building, horse breaking, crutching and shearing.

He said completing an agribusiness course at Marcus Oldham helped to develop his skill set.

“I’ve said this many times, but Marcus Oldham really changed my life,” he said.

“You don’t really say that about a lot of things, but it really was a life changing experience.”

He said it gave him the confidence to accomplish whatever he put his mind to.

“It opened my eyes to so many entrepreneurial opportunities, and just gave me a lot of confidence,” he said.

“It’s a motivating place to attend, there are a lot of other very serious and motivating students who have the same interests as you.”

He said it taught him the general principles of business.

“It’s set up a really good foundation, and has really charged my entrepreneurial spirit,” he said.

“There’s no use having ideas, but not being able to execute them because you don’t know the basics.”

Mr McGavin manages a large number of employees, all of which he is incredibly grateful for.

“Boundary Bend and Cobram Estate aren’t one man teams, we’re very lucky to have the incredible teams that we do,” he said.

“I always say, no one’s got all the good ideas, and every idea can be better with input from others.”

He said it’s about employing the right people, and letting them do their job without stepping in and telling them what to do.