Ballarat agents could muster only 1450 store cattle for their September sale following the big wet of the past three months.

The yarding at Ballarat’s September store sale was significantly down on the same sale 12 months ago.

Compared to the 4200 head yarded last year, on Friday, Ballarat agents could muster only 1450 store cattle following the big wet of the past three months.

“There were plenty trying to buy but many didn’t want the paid the rate,” he said.

TB White and Sons co-principal and auctioneer Leo White said the yarding was the smallest at Ballarat for some time, and with these latest falls, big numbers would not be likely any time soon.

These two lots were the only ones with weights exceeding 450kg.

At the head of the weaner run, the Barclay family, Beeac, sold a draft of Mingawalla Murdeduke-blood Angus steers, 307kg, at $1370.

The Hamilton family, Ararat continued their sales of the past few months with another draft of Angus steers, 333kg, that made $1430 (last month’s draft was 364kg and made $1380).

Williams Ag, Skipton, was another multi-lot vendor selling yards of Angus steers 314kg and 289kg at $1440 and $1360 respectively. Equating to 458 and 470c/kg, these steers were sold at the top end of the price spectrum, similar to the sale of the Trotter Farming Angus steers, at $1270 that were offered unweighed and estimated at 270kg.

A mixed selection of breeding females included three Angus cows, re-depastured, with six month-old Angus calves at-foot drawing top money at $2690. These were sold by K&M Tyquin. Other cow and calf outfits made $1900-$2340. 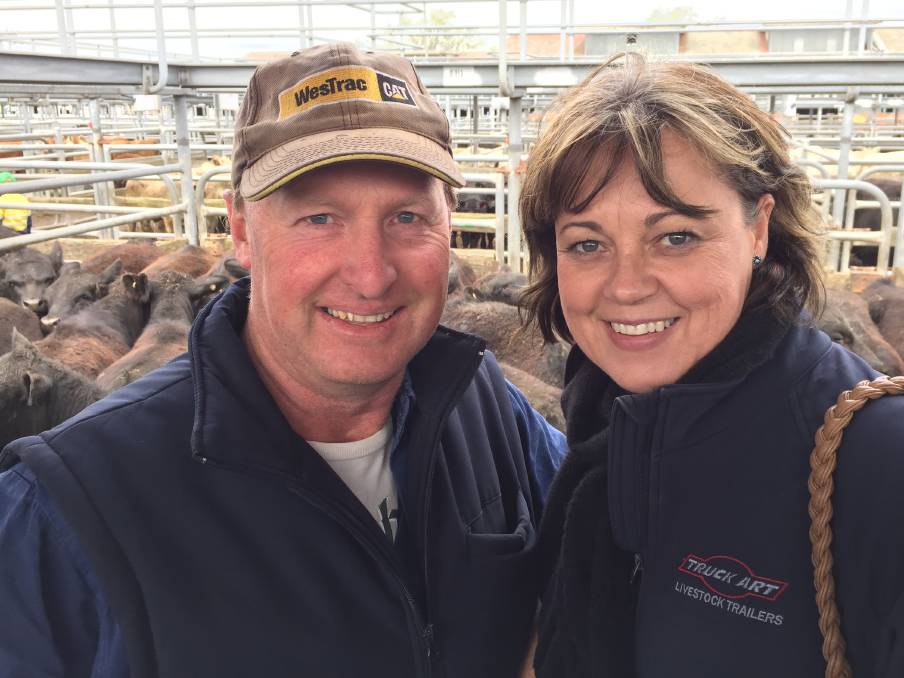 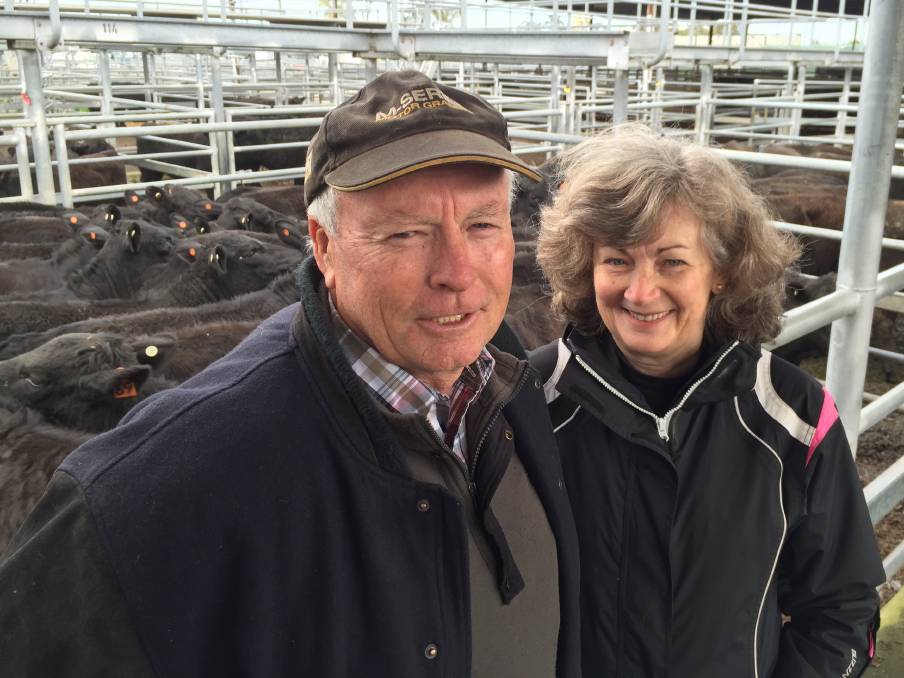 Leon and Annette Cocking travelled from Ampitheatre to sell Angus steers and heifers at Ballarat. 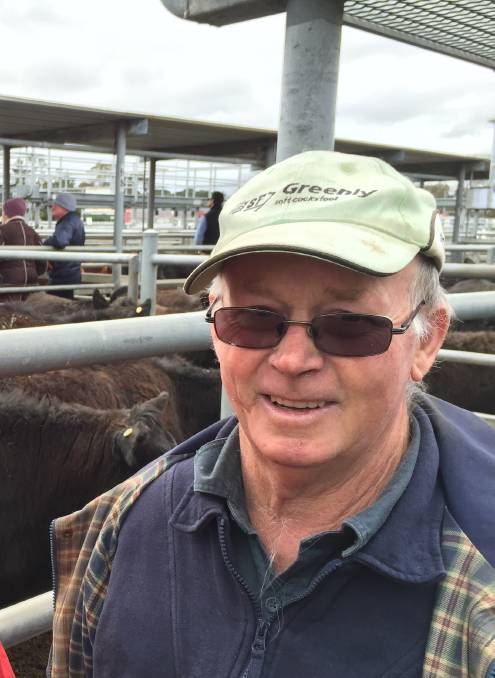