A mixed farming operation in the Western District has achieved a huge increase in its sheep flock’s fertility since switching to use composite bloodlines four years ago.

A mixed farming operation in the Western District has achieved a huge increase in its sheep flock’s fertility since switching to use composite bloodlines four years ago.

Tom Whinney and wife Sarah have been running Mount Hamilton Pastoral Co at Nerrin Nerrin, near Lake Bolac, for about six and a half years.

When they first moved to the property, they ran Merino and Dohne ewes and kept replacements from joining them to Texels. While they found the resulting progeny had good carcase and other traits, the joining was not resulting in the number of lambs they desired. 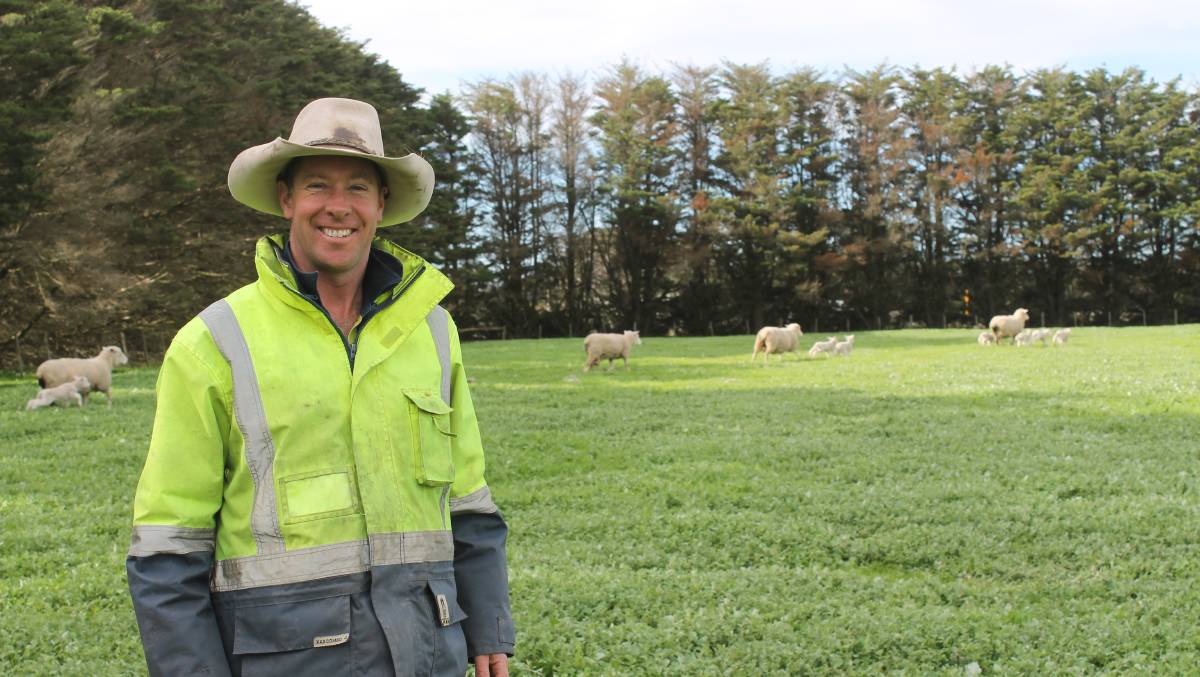 These ewes were joined as seven to eight month-old lambs to low birthweight Southie rams. To manage joining them at a young age, they are well cared for and weaned onto clover.

Mr Whinney said when they were looking to switch breeds, they paid particular attention to the number of lambs weaned (NLW) Australian Sheep Breeding Values (ASBVs).

He said they were impressed by the Chrome Sheep Stud’s offering, especially for that trait in combination with good structure, ease of care and carcase traits.

To speed up the genetic gain and overall number of sheep, the family has also started joining ewe lambs.

They use low birthweight ICON Southie rams – from Southdown rams crossed over ICON Poll Dorset ewes – over their ewe lambs.

Mr Whinney said to join the ewe lambs at 7 to 8 months, they take particular care of them, weaning them onto clover and weighing them regularly to ensure their growth is on track.

The better of the older ewes are joined to Chromedale Maternal composite rams for the self-replacing flock and the secondary ewes are generally joined to Poll Dorsets.

Mr Whinney said from the ram sale catalogue, they continued to pick rams with high figures for NLW, as well as for post weaning weight and worm egg count.

These measures have helped them increase the flock’s scanning percentage to 180 per cent this year, which the couple said had made them very happy.

They hope to have 140-150pc lambs marked to the number of ewes joined this year. Last year, this number suffered a blow when the flock was hit by Campylobacter that caused a wave of abortions.

“This year we vaccinated the ewe lambs just before and after joining with Campyvax, whilst and the adult sheep should have been exposed last year, particularly under the close contact of containment feeding,” Mr Whinney said.

Their ewe lambs scanned at 87pc.

To ensure the sheep’s genetic potential is realised, the family pays close attention to how the ewes are fed. 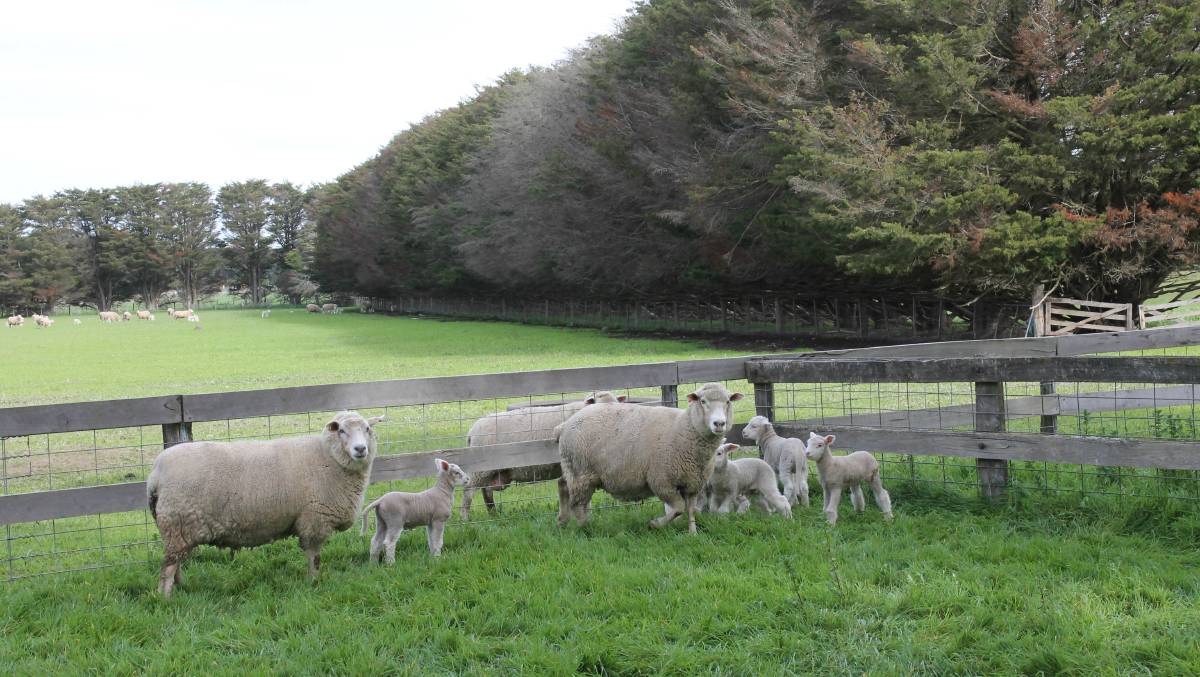 These composite ewes are doing a great job raising triplets.

The ewes graze pastures and stubbles, and are put in containments yards from March for one to three months (depending on the season) where they are given barley and oaten hay to maintain condition.

“Before joining, we give them lupins, which help make up any downfalls in nutrition and is a high protein spike,” Mr Whinney said.

Rams are put out with the ewes usually while they are in the containment areas, at a rate of 1 per cent plus one with mobs of 600 to 1200 ewes for five weeks.

The ratio of rams is increased to about 2pc when being joined to ewe lambs.

The family targets lambs to the domestic trade market, which is between 18-22kg carcase weight.

Most are sold to the local meatworks and they are increasing the number sold through the marketing website, AuctionPlus, which Mr Whinney said was especially good at providing access to many buyers without the animals leaving the farm.

“Our stock agent Kelvin Donnan from Landmark Ararat is good at looking at all avenues,” he said.

Currently the business is running 2000 hecatre, of which half is cropping with a rotation of white wheat, red wheat, oaten hay, faba beans, TT canola; and the other half grazing, which includes the sheep and agisted cattle.

Some paddocks are continually cropped and others are cropped as part of a pasture renovation program.

Since moving to the Nerrin Nerrin property, the family has worked on improving the soil fertility and getting​ the annual ryegrass under control.

They continue to take pasture measurements monthly and use the information to update their feed budgets and grazing charts.

“These tools help determine how many cattle are agisted and when we should sell off lambs,” Mr Whinney said.

Mrs Whinney said they could now concentrate on building up their sheep numbers.

They are both keen to have a diverse business to help mitigate risk and manage cash flow.