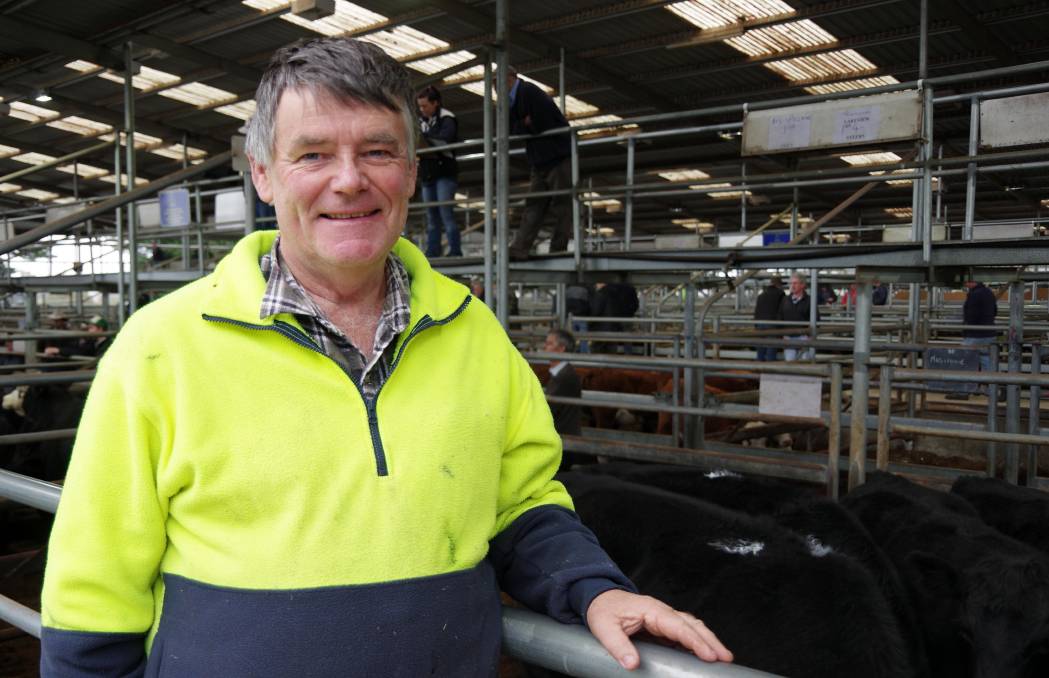 Many of the cattle of the 912 head yarded at Bairnsdale last Friday looked as if they were already in spring.

Many of the cattle of the 912 head yarded at Bairnsdale last Friday looked as if they were already in spring.

Many buyers, sellers and onlookers witnessed the best sales in their lives.

The usual buyers – South Gippsland restockers, local farmers, Garrison’s and Westside Meats’ feedlots and Collison’s Meats – attended with intent to buy. No one seemed afraid of the price and there were plenty of discussions about favourable return on investment (ROI).

Steer prices were up about 20c/kg, heifers remained on par with recent sales and cows and calves rose in value. More people are buying cows and calves or PTIC cows knowing they have at least three options for ROI.