An improved lamb marking rate at a Merino stud in the Wimmera supports the key role of the breed in Australia’s modern sheep industry.

Wallaloo Park Merinos, Marnoo, has recorded some of its best results since starting in 1979. Principal Trent Carter said figures across the board were substantially higher than average and showed success was achievable with good management, genetics and nutrition. 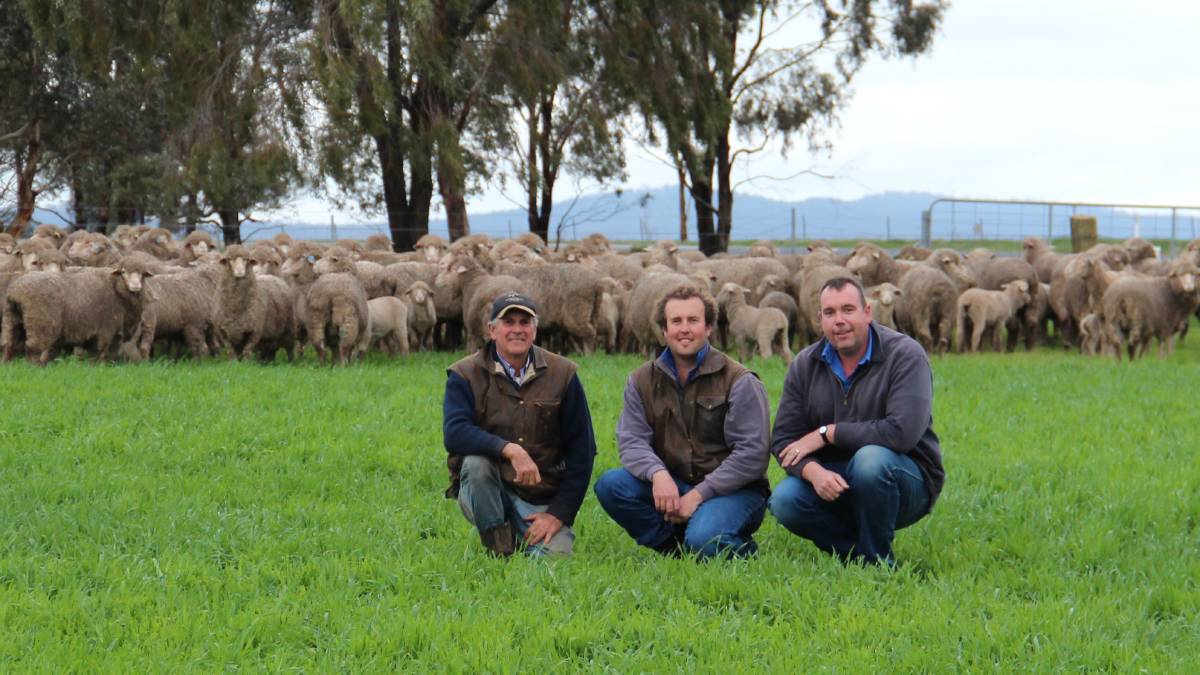 Mr Carter said they aimed for a consistent product while improving breeding direction and pushing profitability. He said the survival rate success stemmed from a decision made 15 years ago not to assist with lambing.

“You’re interfering with nature; if you pull that lamb and it goes on to breed you’re creating bigger problems,” Mr Carter said.

The stud uses selective sire selection, ensuring it complements what they already have, and individual ewe joinings. Outside sires introduced in the past two years have had a focus on internal fat and muscle.

Mr Carter said Wallaloo Park aimed to capitalise on both wool and meat and had started using Australian Sheep Breeding Values in the past five years. On-farm data collection includes an increased monitoring of fleece weights, pregnancy testing, growth rates, the use of pedigree match maker, and scanning for singles or twins and lost foetuses.

They supplementary feed with a cost-effective mix of hay, grain and minerals.

Dr Cotton said the “exceptional results” were despite the tough summer.