He told buyers at the Rosewhite selling complex, stud manager Chris Oswin had “turned over” a few cows, similar to the way a coach swapped players in a bid to improve performance.

“He was particularly looking at temperament and structure issues – I think his work is reflected in what we see in our cattle,” Mr Delaney said.

“They are sound, free moving cattle, plenty on length, long, clean fronted bulls, standing on strong pasterns that reflects the qualities of our female herd.”

He said he felt the sale went very well, given the number of animals on offer, with all Alpine bulls cleared. Alpine joined with Welcome Swallow, which was clearing the first group of its bulls following the heifer dispersal by the Illalangi stud last September.

Most commercial buyers came from a 150-200 kilometre radius of the stud.

“We will just see how our life evolves,” Ms Martin said.

“We have known Chris Oswin for a long time, and we know he shares similar values to ours, in breeding cattle,” she said.

Auctioneer Michael Glasser had suggested the studs have a joint sale.

“We decided we would market out first draft of bulls for the autumn sale, and that would be our final sale, and then they bought the younger brothers to these we presented and they will sell them in Spring.”

Mr Brindley said he already had calves on the ground from a Full House bull.

“We just want to put this one over some our better cows, we just want to lift the herd, that’s what we are doing,” Mr Brindley said. 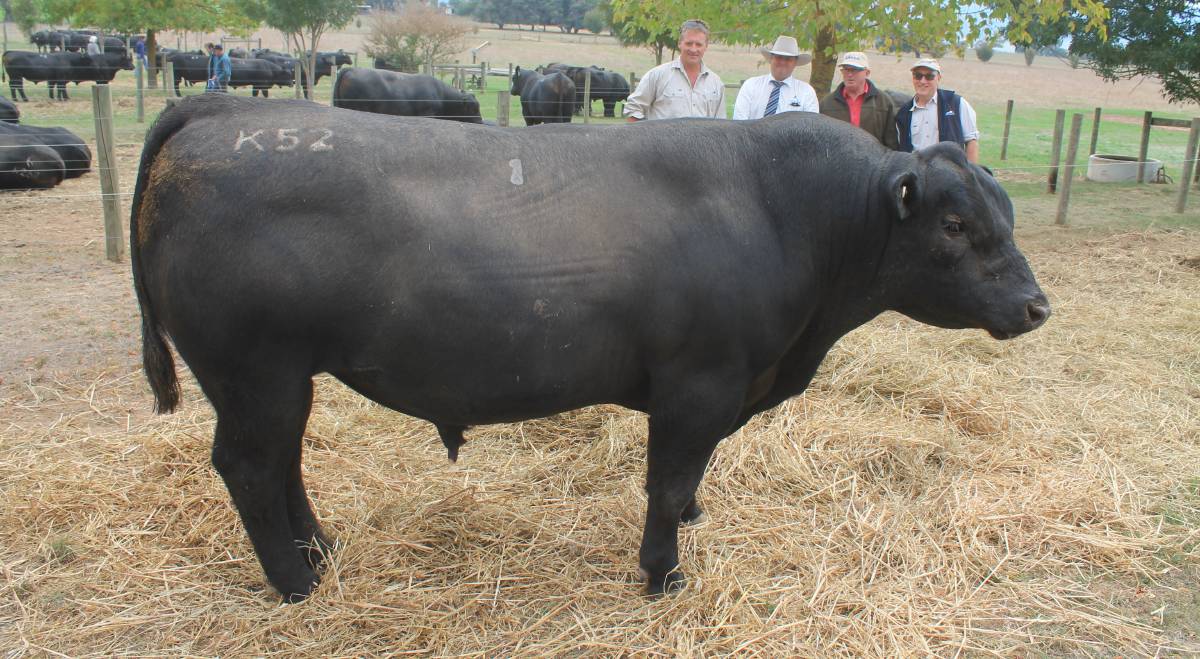 He said calves from the Angus herd were sold into the weaner market,

“We are into the pure Alpine Angus now, there are only one or two that are not, we have had no trouble taking them up into that climate,” he said.

Vienna Investment Holdings,Tatong, was the biggest volume buyer, successfully bidding on five bulls, to a top of $4500.

The auction was conducted by Michael Glasser, GTSM, in conjunction with Elders, Paul and Scollard and Rodwells.