A leading Victorian abattoir operator and Australia’s meat safety regulator have raised serious concerns meat from animals killed “on property” is finding its way into the state’s community and farmers markets.

A leading Victorian abattoir operator has joined Australia’s meat safety regulator in raising concerns meat from animals killed “on property” is being sold illegally at the state’s community and farmers markets. 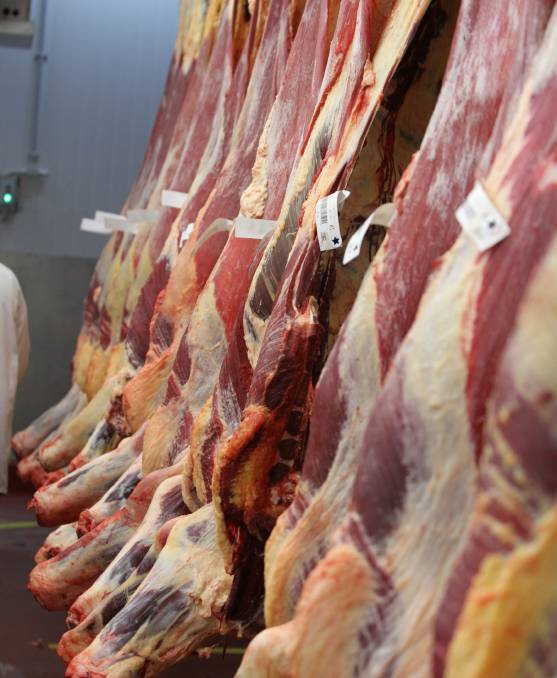 MEAT SALES: Concerns have been raised that meat which has been slaughtered and processed on-farm is finding its way into farmers markets.

They’ve called for a strengthening of food safety regulations, around markets and farm-gate shops, which are currently policed by local government health inspectors. Radford’s Warragul managing director Robert Radford said there had been ongoing discussions with the State government, about stricter enforcement of meat sale regulations. “The biggest concern we have got is with farmer’s markets and on-farm butchering - we can’t stop people slaughtering stock on their land but we think some of that meat is going into farmers markets around the state and that’s really dangerous. A lot of producers don’t understand the rules and regulatory requirements around on-farm butchering – it has to stay on the property. The risk is that it’s not policed at a lot of farmers markets.”

Regulations state only animals slaughtered and processed in PrimeSafe licenced facilities can be sold to the public. He said farmers markets and farm gate shops were covered by local government health inspectors, not PrimeSafe, and councils were reluctant to pay staff to work on weekends. “They don’t roster staff, because of the costs, staffing is not adhered to, as far as health inspectors are concerned.” He said the reputational risk to the industry of a food poisoning outbreak was huge.

“There are a lot of issues worrying the industry from a contamination outbreak, the whole industry will suffer, prices of livestock will be driven down and people will stop eating meat from retail outlets such as butchers and supermarkets.” Australian Meat Industry Council (AMIC) chief executive Kevin Cotterill said prosecutions had occurred in New South Wales. He said there was anecdotal evidence meat processed on farm had been sold illegally in Gippsland.  “There is a lot a lot of accusations get made, but it is very difficult to prove it.” He said any product, sold to the public, must go through a PrimeSafe registered premises for slaughter and packaging. “The issue with markets is they are not under PrimeSafe control, they are under regional council or local government control,” Mr Cotterill said. AMIC had raised its concerns about food safety checks with the Victorian government. “One of our recommendations is that there needs to be strong control by councils on what happens and there should be active refrigeration, at the point of sale; temperature control is obviously critical.“The problem is to do with regulation and the inspection which is happening, on the day, when the market is actually happening – which is usually on a weekend.”

He said he was happy Agriculture Minister Jaala Pulford had confirmed meat, for sale, would continue to have to be processed in registered meatworks. “What we are really concerned about is that 60 per cent of all our meat goes into international markets, therefore there would be a knock on effect of a major food safety outbreak, which has international repercussions. It comes back to inspection regime, anyone selling a product must be able to account from where it came from, if it came from premises not registered by Primesafe, there is a requirement for the council to take action.”

But Victorian Farmers Market Association president Wayne Shields said he was unaware of meat being sold illegally. He said the association covered 50 markets, in Victoria. “We require PrimeSafe certificates to be presented to us and we wouldn’t allow it,” Mr Shields said. “At the end of the day, a lot of people confuse community markets with farmers markets but butchers at farmers markets keep an eye on what everyone else is doing. “I would be very surprised if it happened at a VFMA accredited market.”

PrimeSafe declined to comment, although chairman Len Vallance, recently raised the issue of reputational risk, saying processors had spoken to him about it.