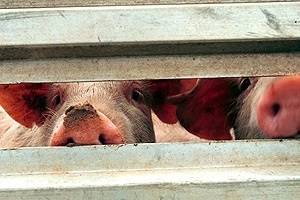 A Victorian piggery in the Goulburn Valley has been placed in quarantine after returning positive tests for Influenza A H1.

A Victorian piggery in the Goulburn Valley has been placed in quarantine after returning positive tests for Influenza A H1.

Agriculture Minister Joe Helper said tests have confirmed the prescence of Influenza A H1 at the piggery, but it was "important to stress that this is not a human health issue".

"National and International food authorities continue to advise that pork and pork products are safe to eat," Mr Helper said.

"Victorians can be assured that every necessary precaution is being taken to ensure the virus is contained on site."

Mr Helper said DPI veterinarians began investigating immediately after receiving notification on Monday that pigs at the Goulburn Valley property were not eating.

"Samples taken and tested at the CSIRO’s Australian Animal Health Laboratories in Geelong confirmed the presence of Influenza A H1," he said

Victoria’s chief veterinary officer Dr Hugh Millar said all precautions were being taken to contain the virus on site and the movements of animals on and off the property were being traced to ensure that influenza has not spread to other properties.

"At this stage of testing, we do not know for certain if it is the same strain as the one affecting humans but it appears highly likely that it will be the same strain," he said.

The Goulburn Valley case is the second case of swine influenza detected at a piggery in Australia. In late July, a piggery at Dunedoo in New South Wales was found to be infected with Influenza A H1N1.

It has also been found in piggeries overseas, most notably in Canada.

Dr Millar said pig owners should continue to maintain strict biosecurity procedures on their properties and report anything unusual in their herds to the Animal Disease Watch Hotline 1800 675 888.