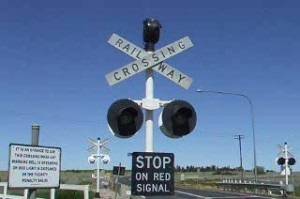 THE Coalition Government is pleased to announce that the first daily return V/Line train on the Albury line will recommence on Sunday 26 June, Minister for Public Transport Terry Mulder said today.

THE Coalition Government is pleased to announce that the first daily return V/Line train on the Albury line will recommence on Sunday 26 June, Minister for Public Transport Terry Mulder said today.

Mr Mulder said that the first V/Line trains to recommence would be the 6.35am from Albury to Southern Cross and the 12 noon from Southern Cross to Albury.

"V/Line expects to resume running the morning train from Southern Cross to Wangaratta and the early afternoon train from Wangaratta to Southern Cross in August 2011. These trains will have temporary coach connections to or from Albury due to Australian Rail Track Corporation rerailing works that continue until the end of September 2011.

"V/Line should complete the return of its trains on the Albury line by November 2011, with the evening train from Southern Cross to Albury and the late afternoon train from Albury/Wodonga to carry passengers every day."

Mr Mulder stressed that until the second and third daily return V/Line trains returned, V/Line passengers could continue to use local V/Line trains from Southern Cross to Seymour and coach connections beyond to Benalla, Wangaratta, Albury/Wodonga and a host of other northeast towns.

"Passengers will continue to be able to make a day return trip from the northeast to Melbourne seven days a week, just as they can at present.

"Existing arrangements where passengers can travel at V/Line fares on Countrylink's two daily return XPT trains between Southern Cross and Benalla, Wangaratta and Albury will continue. Passengers will also be able to use the longstanding weekday V/Line coach from Seymour to Albury that was in operation before the temporary arrangements.

"Countrylink's XPT trains will be altered to also stop at Broadmeadows and Seymour in each direction. This will make it easier for residents of Broadford, Seymour and Yea travelling to and from Wagga Wagga and Sydney on these twice daily Countrylink interstate trains.

"Northeast Coalition MPs have stressed to me that since the previous Labor Government ceased running V/Line local trains between Seymour and Albury on 8 November 2008, patronage on V/Line's combined train and coaches has dropped by around 30 per cent compared with the previous through trains.

"V/Line will announce further details closer to that date.

"A major benefit for northeast Victoria is that every V/Line Southern Cross to Albury and return train will be able to carry up to 30 bikes in a van attached to the five passenger carriages.

"Cycling tourism brings visitors and dollars to communities such as Wangaratta, Benalla and Bright."

Mr Mulder said that seat bookings were compulsory and could be made at any V/Line staffed station or by calling 13 61 96.

"Tickets may also be purchased online at www.vline.com.au and can then be posted with sufficient notice or picked up at a staffed station. V/Line will publish detailed revised Albury line timetables in the near future.

"Passengers need to be aware that with V/Line trains using the standard gauge line from 26 June 2011, some platform arrangements at intermediate stations will change, particularly at Broadmeadows and intermediate stations between Seymour and Wodonga. V/Line will publicise the changed platform arrangements at stations, through the media and on the www.vline.com.au Internet site.

"Northeast Victorian and Border residents can look forward to up to five daily return trains using either Countrylink or V/Line rollingstock by the end of the year along with one weekday return train and coach via Seymour. This is a good frequency that will help to build tourism and stimulate economic development in northeast Victoria," Mr Mulder said.