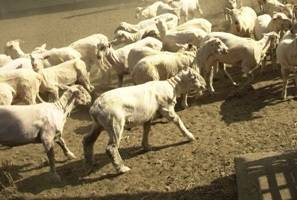 THE war against fly strike and lice infestations in sheep has taken a positive turn with new research showing that tea tree oil is very effective in treating both of the afflictions.

THE war against fly strike and lice infestations in sheep has taken a positive turn with new research showing that tea tree oil is very effective in treating both of the afflictions.

The research, coordinated by the Rural Industries Research and Development Corporation (RIRDC), found that tea tree oil was highly successful in both preventing lice infestations and killing blowfly maggot larvae.

Dr Peter James from the Queensland Alliance for Agriculture and Food Innovation (QAAFI), who was the study’s lead researcher, said the effect tea tree oil had on lice infestations was particularly encouraging.

“Our lab trials showed that a 1 percent tea tree oil formulation reliably produced a 100 percent kill rate of lice and lice eggs, but we were very pleased to see that our pen trials generated the same results,” Dr James said in a RIRDC statement issued today.

“We carefully inspected the two week shorn sheep at two, six, 12 and 20 weeks after being dipped in the 1 percent tea tree oil formulation and at all points no lice were found in the wool.

“We also tested sheep with longer wool and the results showed that by jetting both 1 and 2 percent tea tree oil formulations louse numbers reduced by 94 percent in comparison to controls at two weeks after treatment.”

The laboratory-based fly strike research used formulations consisting of 1 percent tea tree oil which reliably led to a 100 percent kill rate of first stage maggots. The research also demonstrated that tea tree oil had a strong repellent effect against adult flies, which prevented eggs being laid on the wool for up to six weeks.

"Tea-tree oil could be effective as a preventative treatment for wounds caused by mulesing, tail docking or any wound likely to be struck. It has also been shown to have antibacterial properties and is suggested to have wound healing effects," Dr James said.

“The appealing aspect of using tea tree oil as an insecticide is that it is a natural product. We are seeing more consumer demand for the use of naturally sourced products in food and fibre supply chains.

“The use of many natural products on a commercial scale has often been hampered by its variable quality but tea tree oil is very well placed in this regard as its composition is specified under an international standard, ISO 4730. This ensures the supply of a consistent product, which is essential when using a product as an insecticide.

“Getting the formulation exactly right is vital and it’s something that will require more research. Its not as simple as mixing tea tree oil with water and applying it to your sheep; its a complex and exact science. More research needs to be conducted before we can definitively say that tea tree oil is a viable treatment for fly strike and lice infestations however these initial findings are very encouraging.”