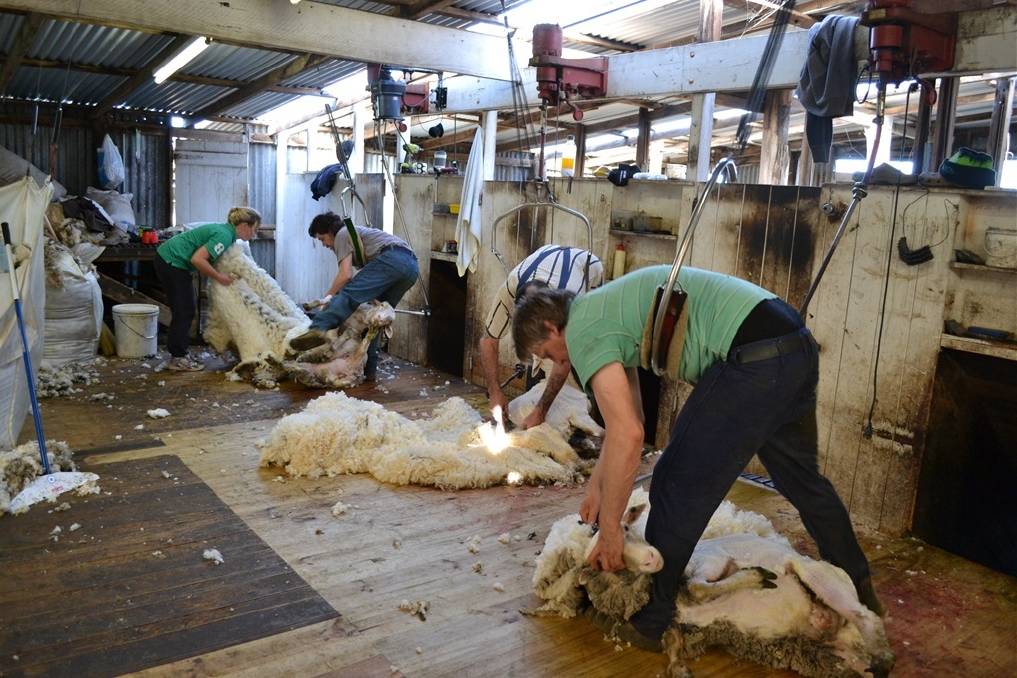 SHEARING time is normally at the same time every year and it’s a difficult activity to move in the farming calendar.

SHEARING time is normally at the same time every year and it’s a difficult activity to move in the farming calendar.

Time of lambing, fly strike risk and availability of shearers must be considered as part of the decision making process around when to shear.

The Department of Environment and Primary Industries (DEPI) is urging farmers not to forget the weather as an important determinant of when to shear.

DEPI District Veterinary Officer Natarsha Williams said woolly sheep have an amazing ability to manage their temperature throughout the seasons.

“The insulating property of wool enables sheep to adapt to significant variations in temperature but after shearing these adapting mechanisms are temporarily lost for about four to six weeks,” she said.

“This means owners or persons in charge of these livestock must consider the likely welfare impact of shearing at any time of the year.”

“If electing to shear in the summer, the risk of losses due to cold weather is lessened."

Ms Williams urged farmers to monitor the weather forecasts closely and if there was a chance of unseasonably cold weather advised through sheep grazier alerts to postpone shearing or take measures to minimise any negative welfare impacts on their flock.

“The provision of a well-sheltered paddock and the addition of extra nutrition are the bare essentials.”

“If choosing to shear during cooler periods graziers must carefully consider the risk of post shearing losses in their area."

Ms Williams said if losses occur at a time when the weather is known to be cold or if inadequate measures were taken to protect the animals from the weather then the owners of the sheep could be charged with cruelty offences.

She advises to only shear animals that are in reasonable condition and to do so in a well prepared sheltered area with additional feed available.

“Also look at using snow combs which have been used in some cooler areas, including overseas as they leave a bit more wool on the sheep than conventional combs.”

“An increase in feed should be provided to sheep for about four weeks following shearing to meet their increased energy requirements.”

Ms Williams said after shearing, monitor the behaviour of the shorn sheep, as sheep that are cold

cease grazing, instead seek shelter and are often found trapped against fence lines.

Prevent this by providing hay and moving the sheep to a more sheltered paddock.

Sponsored by
The agreement is expected to provide the group with national distribution.
Test
Heavy cattle ease at Colac but lighter stock still selling strongly.
Test
Trade anticipates calm conditions for wool leading into the Christmas recess.
Test
Two graduates have picked up roles in Australian Wool Innovation Graduate Training Program for 2022.
Test
GrainCorp is on the hunt for more workers, particularly in Victoria.
Test
SupPlant's hardware-software solution is being used to monitor tree crops, orchards and vineyards in 14 countries.
Test
About 2150 cattle were yarded at Mortlake's first December store sale.
Test
Dairy farmers around Australia have welcomed an increase in home-brand milk prices.
Test