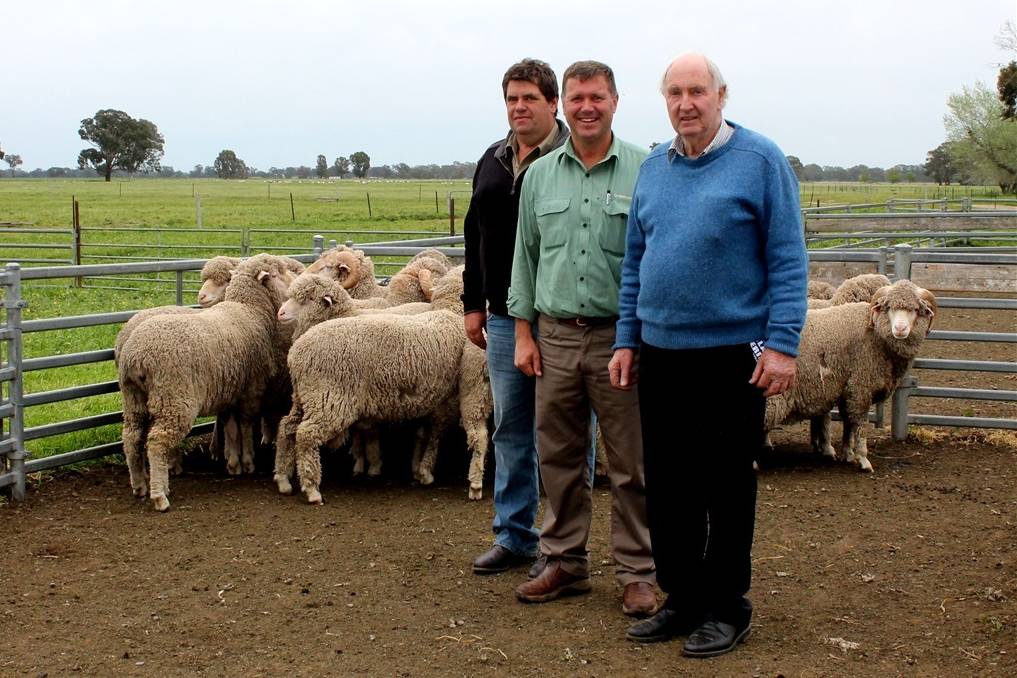 A CROWD of new and old Toland clients attended the stud's sale at Violet Town on Monday, where every one of the 100 catalogued rams found buyers.

A CROWD of new and old Toland clients attended the stud's sale at Violet Town on Monday, where every one of the 100 catalogued rams found buyers.

Ninety of the rams sold were polls and the remaining 10 horned.

The sale average of $1460, although slightly down on last year's mark, was considered a solid result by stud principal Phil Toland.

Mr Toland said the draught was similar in quality to the last year's on property sale, and he was pleased with the prices reached given the tough conditions faced earlier in the season.

The top priced ram was knocked down for $2800 to the Cameron family, who had also bought Toland rams from the top of the catalogue at the Bendigo and Hamilton multi-vendor sales earlier in the year.

The 15 month-old ram boasted a17.6-micron fleece with a standard deviation of 2.8M, eye muscle depth of 27mm and an elite score of 71 (derived from fiber diameter and curvature to indicate softness of wool).

Four rams sold to the second top of $2600, all to different buyers.

The highest priced horned ram sold for $2000 to the Warner family, Beechworth, who had also been regular clients of the stud for several years.