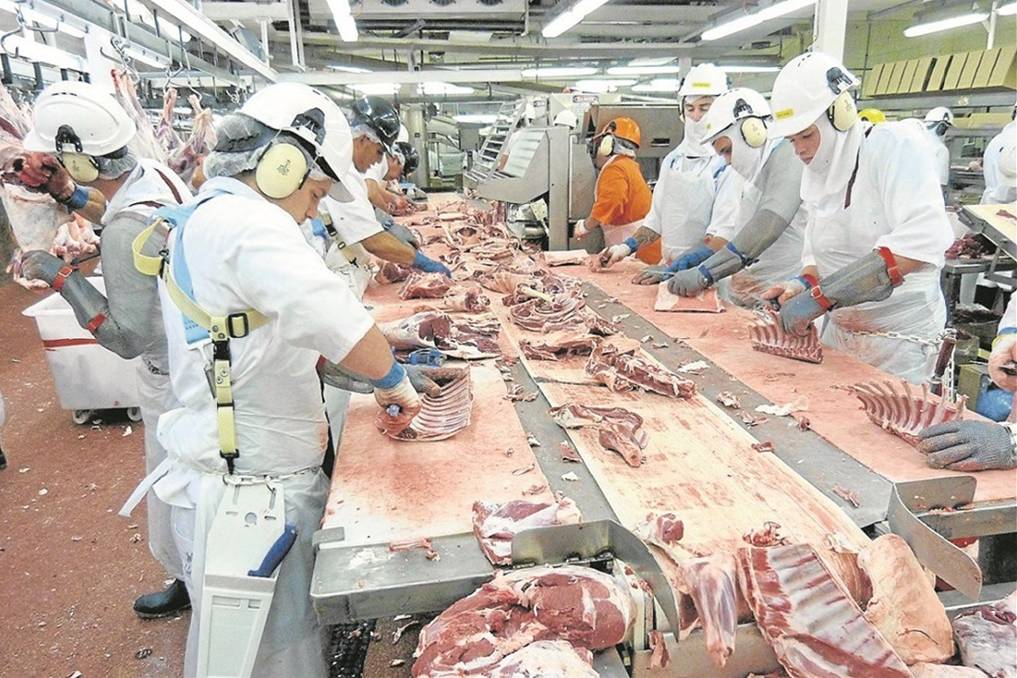 Increased throughput at JBS' Longford site has lifted employee numbers to 450 and given the Tasmanian arm of the company economies a scale.

IN THE five years since meat processor JBS Australia extended its footprint into Tasmania through the acquisition of Tasman Meats, a lot of changes have been made, and most have been for the better.

IN THE five years since meat processor JBS Australia extended its footprint into Tasmania through the acquisition of Tasman Meats, a lot of changes have been made, and most have been for the better.

Arguably, the closure of the King Island Beef plant in 2012 was a big decision.

However, from this commercial decision, the integration of the KI beef kill into the Longford business model has delivered greater success, increased consistency year-round and more workforce opportunities to establishment No. 195 (as the Longford facility is more commonly known).

"We have worked hard to integrate the KI business into the Longford jigsaw and it is extremely important JBS continues to market it as a branded product."

As Tasmania's only multi-species processing plant, Longford is a much more robust business than previously.

It now has the ability to consistently supply year-round product to all parts of the globe, including the key markets of China, the European Union, the US, Japan, Korea, Malaysia, Indonesia and Russia.

Production at Longford for much of the past year has been increased to 500 beef and 1700 small-stock per day.

This has resulted in five daily shifts of 9.5 hours, with a Saturday shift worked each alternate weekend.

This greater consistency of throughput, according to Mr McConnell, has provided Longford with economies a scale not previously available.

A number of different programs have also been implemented around the plant in both species, which had assisted the cause, he said.

In the case of beef, a focus has been placed on direct sales to export retail and food services. This has come on the back of the high-quality product the plant can produce.

And this high-quality, clean-green, non-HGP/non-GMO image that Tasmanian food products enjoyed also stimulated stronger domestic demand from retail and food services from across Australia, he said.

Longford has also grown its value-adding business and these now produces a variety of products for two large retailers in Australia.

It has also started a program to export value-added products to some Asian countries as Tasmanian branded produce.

On the lamb side of the business, there have been programs implemented that focus on supplying the domestic and export retail and food service, as well as commodity lamb and mutton into China.

He said staff numbers had lifted to 450 at Longford, with a further 150 employed at the domestically licensed Devonport small-stock plant.

Mr Kelly said with its two processing plants located in Tasmania, JBS had become a very strong supporter of Tasmania, its people and its livestock products.

"Everything that can be value-added in the form of meat and byproducts at the Longford plant is," he said.

This has seen the installation of a sausage-making plant, while the production of packaged corned beef and lamb shanks for retail has become another activity within the business.

The plant also operates its own by-products rendering plant, making about 25 tonnes of tallow each day.

Lamb skins are graded and salted for regular weekly tenders, while cattle hides are sold green (unprocessed) to a local hide merchant.

All of the plant's beef kill and much of its lamb production is boned, sliced and packed in two remodelled and modern fabrication rooms.

Livestock manager Mark Randell said JBS had gained the support of more than 300 Tasmanian livestock producers, who have given a commitment to the company's Great Southern farm assurance production program.

While the primary emphasis of this program was on capitalising on the clean-green non-HGP image of Tasmanian beef, the Great Southern brand would soon roll out and incorporate lamb, he said.

The fact Tasmanian livestock were grown and finished almost exclusively in open-range situations with minimum supplementary feeding was an appealing marketing point to consumers prepared to pay for quality product, Mr Randell said.

The result of this has been higher prices being paid for Tasmanian-grown livestock.

In the past, Tasmanian livestock rates were also viewed as being a step below those on the mainland, whereas now they were a step above, he said.

Mr Randall said the consequence of this was JBS did not send animals for processing in its mainland operations.

This has resulted in increased production and efficiency for the Longford plant and a more stable workforce environment for the plant's employees throughout the year.

Work at the plant has become less seasonal and offers job security and opportunities for advancement in the business.

And for employees who seek a career pathway in the meat processing industry, JBS has implemented a future leaders' program called Career Leadership Opportunities (CLO).

Some of the career opportunities offered in the CLO program include supervision, health and safety, processing, cold-stores, maintenance, rendering, livestock, management and first-aid.