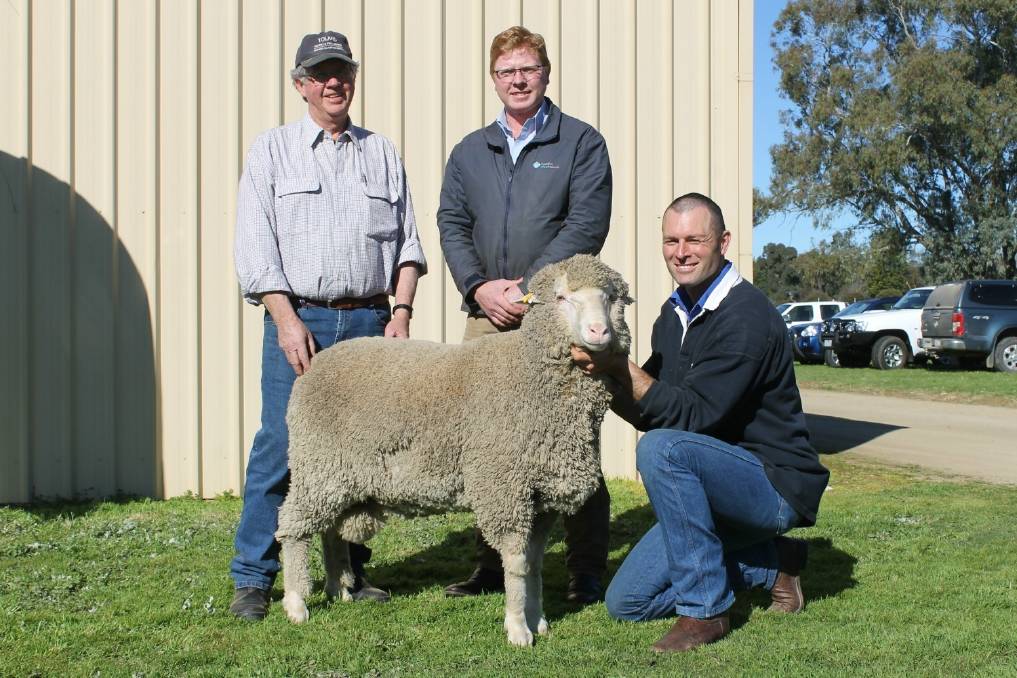 Mr Sleigh has been a long-time client of Toland Merino, Violet Town, having done business with the stud for more than 25 years, and was clearly impressed with the ram's figures of 20.2 micron, 3.7 standard deviation (SD), co-efficient of variation (CV) of 18.4 per cent, 99.7pc comfort factor (CF) and 62 curve.

Overall, the sale was solid, selling 38 of the 52 rams on offer from seven studs with the average price down by only $8 on that of last year to $1293.

Mr Bruns said the ram had a beautiful long staple and well-nourished wool on a true all-purpose carcase.

Toland Merino principal Phil Toland said he sold 16 similar rams at Bendigo, Ballarat and Hamilton, where he sold to a top of $3500.

The Tolands had a total clearance of their 12 rams on offer and averaged $1520.

"The results give us great confidence in the lead-up to our sale," Mr Toland said.

"Sleigh Pastoral is one of our oldest clients and has been with us for about 25 years.

"They always buy our top-end rams."

"The sheep were in good condition and the market was firm on last year," Mr Bruce said.

"The majority here were repeat buyers, which tells us this sale is healthy."