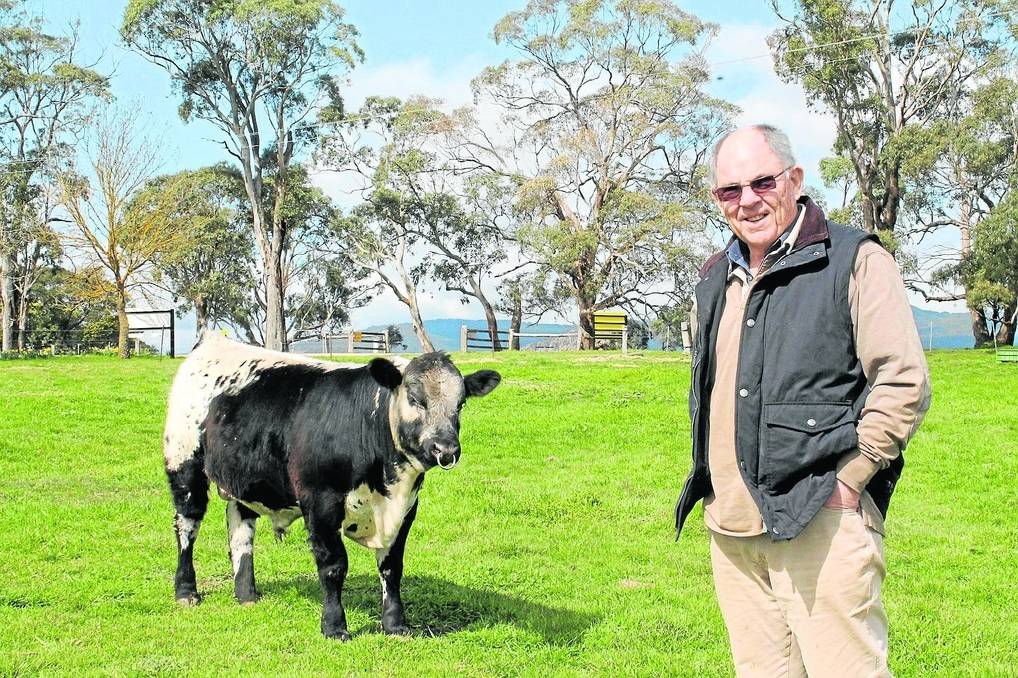 THE journey to producing beef and breeding stud cattle has been a family affair for the team behind Hanging Rock Winery. This year the Ellis family will take a team of Speckle Park cattle to the Royal Melbourne Show (RMS) for the first time.

THE journey to producing beef and breeding stud cattle has been a family affair for the team behind Hanging Rock Winery.

This year the Ellis family will take a team of Speckle Park cattle to the Royal Melbourne Show (RMS) for the first time.

When Ann and John Ellis bought the 190-hectare property at Newham more than 30 years ago, only about 32ha were cleared.

"Cattle were always part of the strategy for the property but it was more for lawn-mowing than producing beef," Mr Ellis said.

Daughter Ruth, who is the sales and marketing manager, suggested having the cattle add more value to the business by marketing branded beef beside the wine at the cellar door.

They investigated different beef breeds, and at the RMS five years ago they were "wowed" by a Speckle Park bull, exhibited by Julie Knight, Major Plains.

Speckle Parks were introduced to the RMS in 2009.

The Ellises were impressed not only by the appearance and temperament of the Speckle Park but also by its meat, which has been recognised in its country of origin, Canada, with successive wins in the Calgary Stampede Quality Beef Competition.

"The breed had to have enterprise value," Mr Ellis said.

"It had to offer the prospect of producing beef for our cellar door - in a popular food and wine region our customers are looking for something different, and you can taste the difference with Speckle Park beef."

"He was a terrific bull - a working bull but he looked the part too," Mr Ellis said.

The bull was initially put over Angus cattle at Mr Ross' and Mr Ellis' son David's farms, with some crossbred progeny being taken to the Hanging Rock Winery to grow out and be processed for fresh and frozen meat and smallgoods to sell at its cellar door.

"Our daughter Ruth's husband David Malaspina is a restaurateur in Melbourne and he and his family thought the crossbreeding operation was pretty good but asked 'Why not purebreds?'," Mr Ellis said.

Cattle are sent to Hartwicks at Kyneton and cut and cryovac-packed at Central Victorian Meats at Bendigo.

Secondary cuts are turned into sausages, and some silverside cuts are cured as bresaola. Chuck steak is put into pies and the Malaspina family get mince to use at their well-known Italian restaurant Spaghetti Tree.

Hanging Rock Speckle Park stud was established late in 2013 and to help promote it Mr Ellis is taking a team of four cattle for the first time this year to the RMS, where their interest in the breed began.

He will be helped by nine-year-old grandson Jack, who completed a three-day cattle handlers' camp in July.