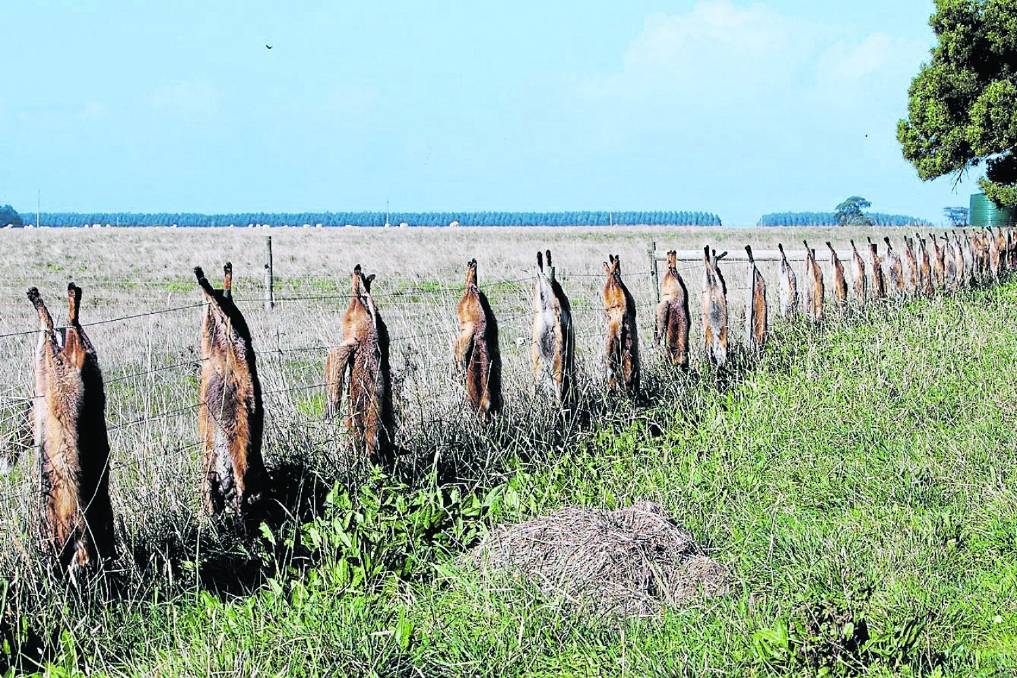 Victorian foxes – did they ever reach Tasmania?

THE call has been made for a full police investigation into Tasmania's Fox Eradication Program (FEP) after Tasmanian Agriculture Minister Jeremy Rockliff confirmed the program had been wound up, after nearly 13 years.

THE call has been made for a full police investigation into Tasmania's Fox Eradication Program (FEP) after Tasmanian Agriculture Minister Jeremy Rockliff confirmed the program had been wound up, after nearly 13 years.

"There is no evidence that foxes have been detected since July 2011; however, it is important we remain vigilant," Mr Rockliff told an estimates committee hearing recently.

However, Tasmanian Member for Windemere Ivan Dean said it was now time for a police investigation into the activities of the Fox-Free Task Force and the program, which is estimated to have cost between $30 million and $50m.

"The Minister has virtually disbanded the program and amalgamated it into the Invasive Species Unit," he said.

But Mr Dean said it raised important questions as to whether or not there had ever been foxes living in Tasmania.

He told State Parliament the entire taskforce and fox eradication program was based on false information, "on evidence that is clearly questionable, and wrong in many instances."

"You could almost refer to it as 'noble cause corruption' – it is where evidence is manipulated or improved, or encouraged or fabricated to prove an event, or to prove a crime."

Outside Parliament Mr Dean repeated calls for a police inquiry, to find out what happened.

"It could be a parliamentary inquiry, but the police are probably in the best position to carry it out."

Mr Dean said it would not have to be a long inquiry, "they could determine an outcome very quickly".

Only two living foxes had been discovered during the entire 13 years of the program, he said, although other sources said more than 1500 sightings had been recorded in Tasmania up until 2009.

This was on top of nearly $1m committed by the previous State Labor Government.

Dr Goodwin said the money would now be spent on developing monitoring capacity for a broad range of plants and animals, not just foxes.

At its height, the program was attracting $5.5m a year in a mix of Federal and State funding and employing 47 staff.

Ben Lomond gamekeeper and sporting shooter Ian Rist said claims the animals were in Tasmania were "a crock of fox scat".

"Here we are suddenly seeing parallels with the thylacine story," Mr Rist said.

"Suddenly everybody started seeing foxes – there were foxes everywhere, getting run over on the side of the road.

"But just because you find a fox on the side of the road doesn't mean it is a Tasmanian fox."

The analysis was then passed to 12 independent scientists for review, and in turn by way of six papers to 20 editors and reviewers at six different scientific journals.

The findings are to be reported in the December issue of the Wildlife Society Bulletin.

They found 14 of 17 incidents described since 1998 were based on unreliable data or were not associated with adequately documented physical evidence.

"Anonymous and anecdotal information was fully or partially relied upon in 10 of 17 cases and of these five were widely acknowledged to be hoaxes," the authors found.

One of the researchers, the former Victorian head of vertebrate pest management, said the program raised serious questions about the management of invasive animal pest species.

Dr Clive Marks said the FEP was about the failure of innovation.

"The wrong people funded with the right amount of money are not the solution to the problem and never will be," he said.

"Just what has the central allocation of funds to 'research projects' delivered?

"In my view we have a failed paradigm and a bad model for innovating practical outcomes in wildlife management, because the public sector organisations and culture of wildlife research are very bad at delivering applied outcomes."

But as recently as 2012, scientists from Canberra's Institute of Applied Ecology – led by Dr Stephen Sarre – claimed the fox was "widespread in northern and eastern Tasmania."

Using DNA evidence from what they said was an "enormous scale and breadth of the scats", they argued for fox eradication processes to be implemented on a very wide scale.

Richmond, Tas, wildlife biologist Nick Mooney was one of several people to first raise concerns about the supposed presence of foxes in 2002.

"There is a long history of foxes in Tasmania, predating whatever discussion there has been lately," Mr Mooney said.

"For instance, one was caught in a rabbit trap at Riverside in 2001."

Asked last week how foxes entered Tasmania, he said the evidence was so strong something substantial had to be done.

"There were a number of carcasses, including one fox with an endemic species in its gut (a long-tailed mouse), and scats with DNA," Mr Mooney said.

"It hasn't been shown to be a hoax whatsoever."

But he did not know how foxes came to be in Tasmania.

"That's substantial, a couple of sets of fox footprints are substantial – there is enough evidence to make you want to do something.

"If you sit back and wait until everyone is sure nothing might happen, you might have a total catastrophe on your hands."

The former Pest Animal Control Co-operative Research Centre head, Tony Peacock, said it was a good sign that no foxes had been found in Tasmania.

"If there are foxes, it is a very small number, but it is all about your attitude to risk," Mr Peacock said.

He acknowledged there were issues with the program, including the collecting and testing of fox scats.

"No-one ever thought you had to collect samples as if it was a murder scene – to criticise them (the officers collecting the scats) is a bit rough," Mr Peacock said.

"But I think if it was a hoax, it was a bloody good one and it took us in."

More in this week's Stock & Land